What is this oddly-shaped plane?

I saw this plane yesterday: 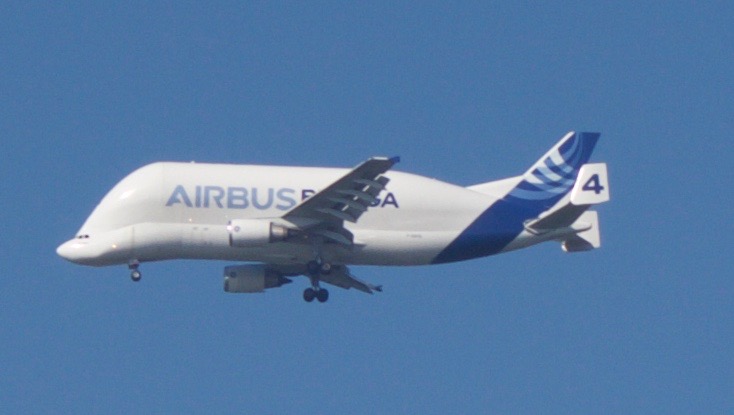 What is this plane? And what is the reason for it's odd-looking nose?

It is the Airbus A300-600ST (Super Transporter) Beluga, which is a version of the A300 wide-body airliner modified to carry aircraft parts and oversized cargo. 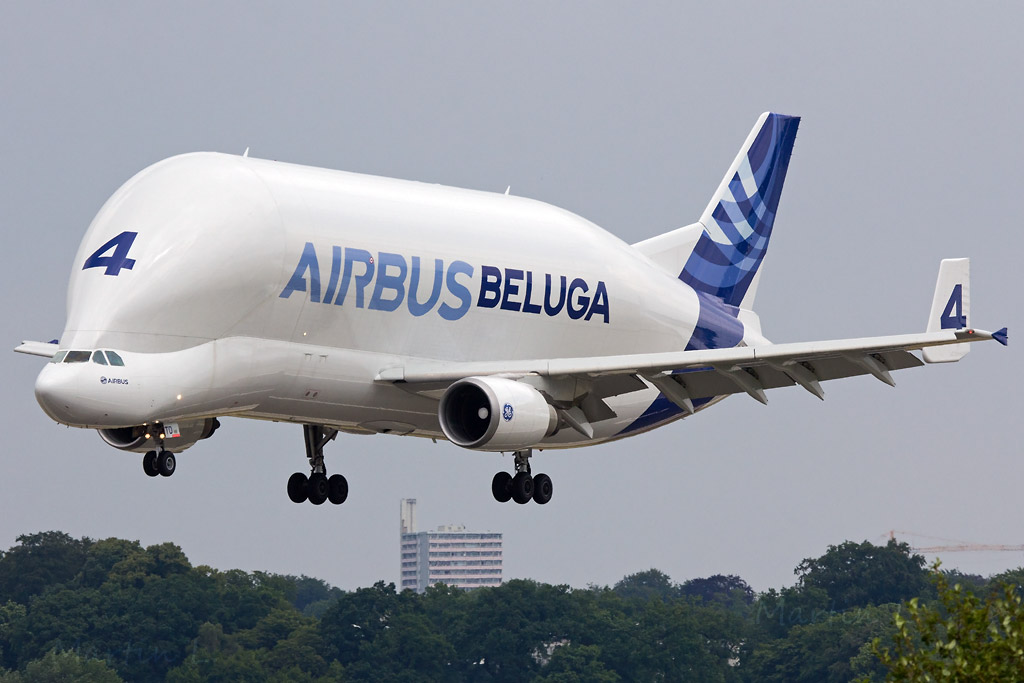 The nose is shaped like that as the upper portion is basically a cargo hold and is used to transport oversize cargo, especially aircraft parts. 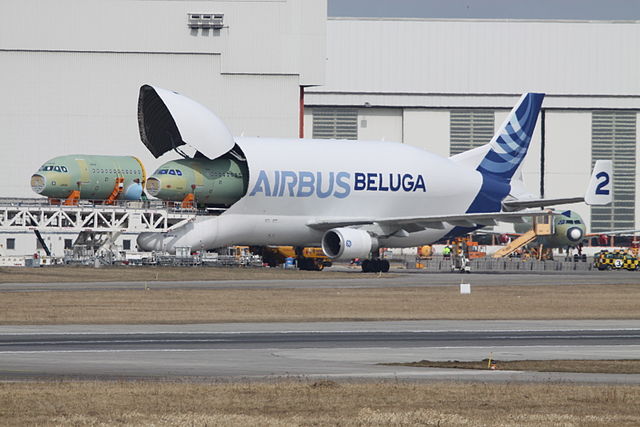 The cockpit was lowered below the cargo deck so that the cargo area could be loaded without having to disconnect any of the vital electric and hydraulic lines running to the rest of the plane. However the A300’s lower fuselage, wings and landing gears were retained.

The following image shows the changes that were made in the nose section from A300 to the Beluga. 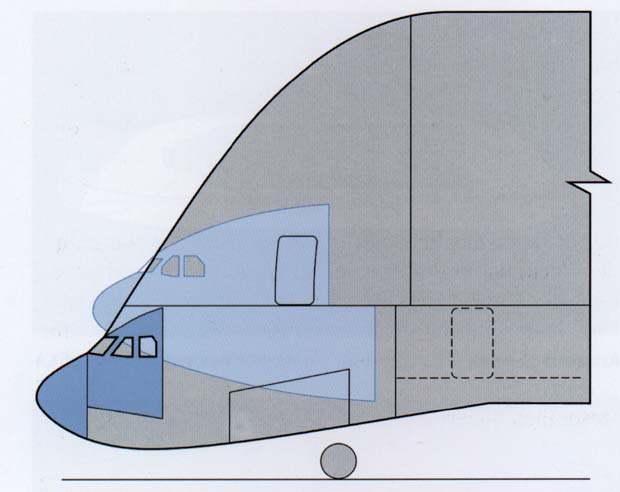 12
How do the Airbus Beluga's wing/control surfaces deal with its high center of gravity?

8
What kind of WWII aircaft is this?
39
What type is this aircraft with “inverted” wings?
4
What is this airplane I saw with propellers behind the engine and canards on the top of the plane?
4
Identify canard, low-wing, single pusher-prop plane over Upstate NY
39
Can someone identify this unusual plane at SeaTac airport?
5
What is this aircraft parked in Oceanside Municipal Airport?