corresponding to a few flights performed on Oct. 8, 1902. From these parameters and the total mass of the machine and pilot, O. Chanute calculated that the 1902 glider lifted about 62 kg/hp (see the last column).

It is not quite clear for me why Va = Vg + Vw (see col. 6). The airspeed should be constant, independent of the headwind speed, as long as the glide angle is the same because the thrust is the same. It is true Va = Vg + Vw but if Vg added to Vw does not give always a constant Va, for the same glide angle, then something is wrong with the measurements. The water speed of a boat traveling upstream depends only on its thrust and is independent of the river speed.

The lift in the table (~62 kg/hp) is quite big in comparison to the lift of the best gliders of the time, mentioned by O. Chanute a few lines below the table, that lifted only 45 kg/hp.

The precise value of the airspeed, Va, is essential in calculating the lift. If ones takes it only 1-2 m/s lower, due to miscalculations, then the evaluated lift grows artificially. 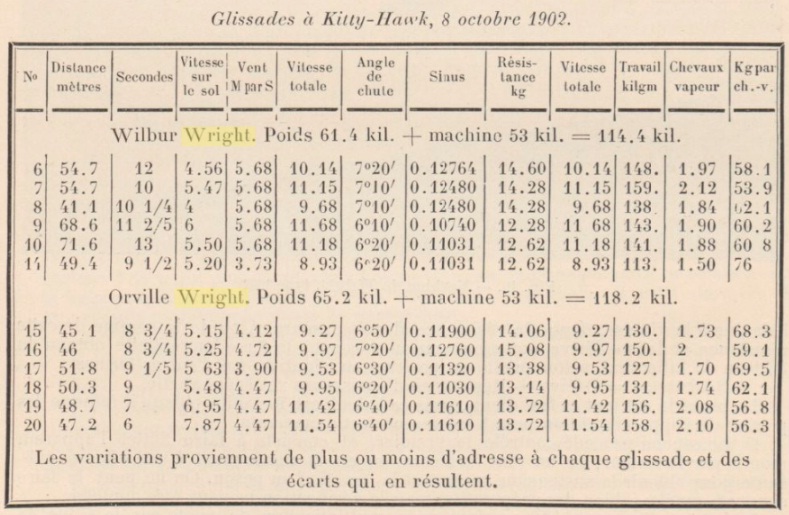 There are a few sources of errors that could have altered substantially the results in the table.

(1) O. Chanute wrote, above the table (see the link), the Wrights did not drift, more than 1/4 in a arc of a circle from the straight line, to always have good headwinds. This drift increases the traveled distance.

(3) The third factor of incertitude is the wind speed that varies with altitude being stronger a few meters in the air than close to the ground. 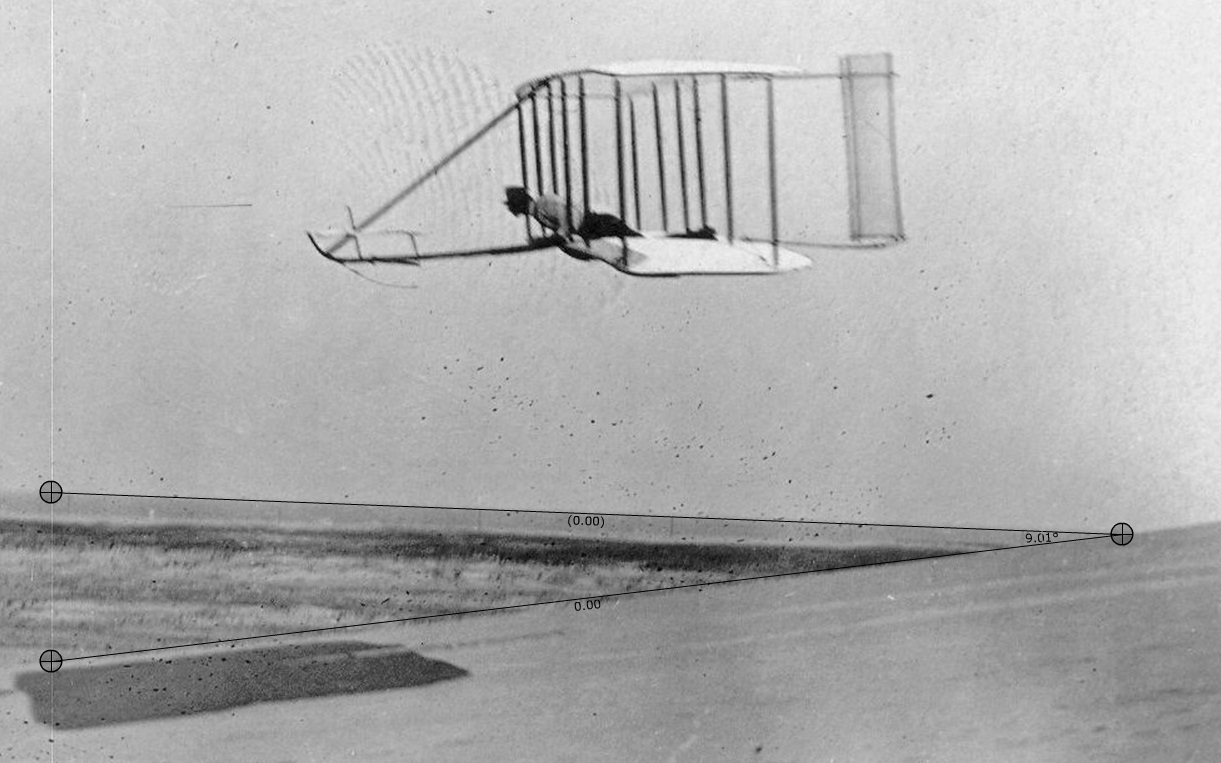 The gliders had no instruments of any kind, let alone an airspeed indicator. Thus the only way to measure airspeed was to measure the windspeed and add that to the speed over the ground, itself calculated from distance flown and time aloft for each flight.

6
The stronger the headwind the faster the plane flies if it is in the reverse command regime?
9
Comparing the Lilienthal and Wright gliders, which one had a better glide ratio?
5
Does a 1lb crow expend only 7.68 Watts to fly at 37 km/h?
6
What is the incidence angle of a propeller in the terminology of the Wright Brothers and how did they obtain it?
3
Why changes the lift during turning with sidewinds? Why is there relative wind in the wind-frame?
4
On a constant speed propeller, how is blade pitch related to airspeed and efficiency?
0
New Research: VGs increase lift to drag ratio up to 880%. Does it work for flaps too?
0
What is the total EXTRA lift produced using an 80 deg flap and distributed propulsion?
0
When do the lift and drag vectors contribute a force component along a glider's path of travel as seen from the ground?
2
Would plain and slotted flaps increase lift substantially in a distributed propulsion application?