Do flight recorders float in water?

In a recent BBC article regarding the disappearance of Malaysian Airlines Flight 370 (MH-370), the writer refers to a US Naval officer's statement:

Commander William Marks from the US Seventh Fleet, which is taking part in the search, says he expects the plane's flight recorders to be floating in the water.

"In calm seas, if there were a soccer ball [football] or a basketball floating in the water, the radar could pick it up. They [flight recorders] typically have a radio beacon and so for example our P3 [radar] - if they are flying within a certain range of that - will pick up that radio beacon. We have not yet picked up anything, but that's typically what those black boxes contain."

I was under the (potentially incorrect) impression that flight recorders, by nature of the materials needed to protect their contents in the event of a crash, are quite dense and unable to float in water. I base this impression on news reporting of other airliner crashes (such as Air France 447, which crashed in the Atlantic), where the recorders were found some time later on the ocean floor.

Additionally, it seems reasonable to me that one would want to have the recorders not float so that they would come to rest near the other debris on the ocean floor since the recorders are equipped with underwater locator beacons which would aid in locating not only the recorders themselves but also the debris of the plane. If the recorders floated then they could move significant distances from the crash site and other debris, complicating search efforts.

It seems that Commander Marks, the writer of the article, or I (or some combination thereof) misunderstand something about flight recorders and their behavior in water.

My questions are these:

Edit: The article has been updated, with the section regarding floating data recorders now reading:

Commander William Marks from the US Seventh Fleet, which is taking part in the search, said he expected the plane's flight recorders to be floating in the water.

He said the recorders, also known as "black boxes", are fitted with radio beacons that can be picked up by radar.

You are correct in the assumption that the typical data recorders being used today are too heavy to float. They are designed to withstand very high forces, extreme temperatures, and to withstand corrosive environments (like sea water) for long periods of time.

Time has an article showing the Air France 447 flight data recorders resting on the bottom of the ocean (there are others there): 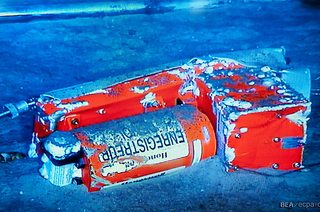 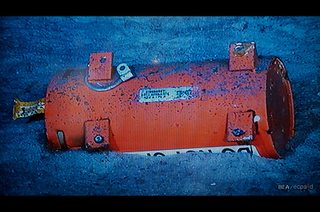 This particular FDR is pretty common, and weighs about 13.5 pounds1.

Without seeing the original interview, I suspect that the author of the article got confused during the interview and was told that radar could detect debris the size of a soccer ball that is floating in the water and at a different time mentioned that they would be looking for the radio signals emitted by the black box (which wouldn't even be detected by radar).

That being said, there are black boxes that can float and even eject from the airplane when a crash is detected. They seem to be more common in military aircraft, and there have been a few attempts to require them in the US (and even have the government pay the $60,000/airplane price) but the bills stalled in congress. The lawmakers here have recently started discussing this again though.

Deployable Black Boxes have been around since the 60's and are a second set of black boxes meant to be a backup to the main ones. They can be particularly useful when crashing into water or in the event of a major fire because they would not be within the main crash site. 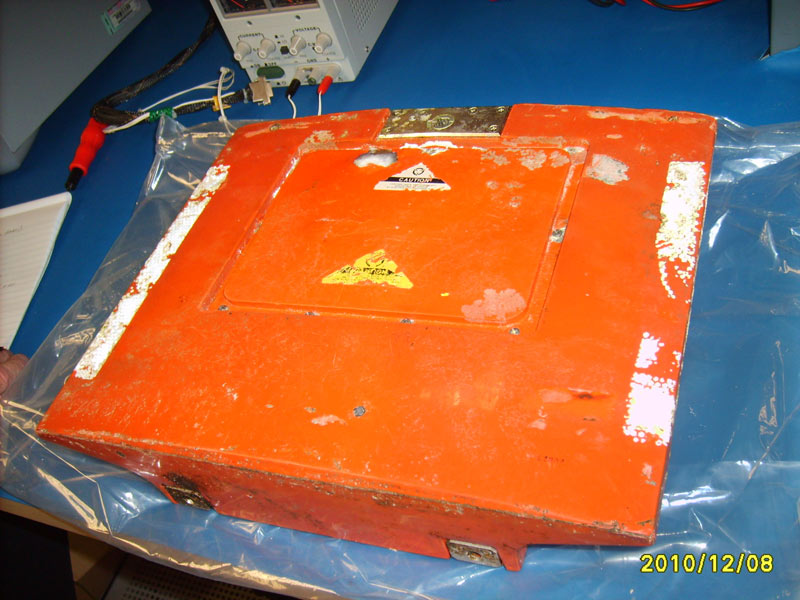 Here are a couple of articles about them:

1 See specifications on Honeywell's webpage and page 7 of their product description.

18
What makes flight recorders harder to find than tagged sharks?
3
Why not increase the number of Flight Data Recorders and add jettisoning capability?
2
Black boxes: great for crashes on land. How about additional "floaties" for water crashes (low-tech, light, cheap)
3
Is a releasable locator beacon (ELT) required for aircraft carrying passengers over a water area?