Does a system exist that can bulk process satellite data to find a plane lost over ocean?

The case of the lost Malaysian Airlines plane is tragic for all those involved.

In the case of such a plane lost over the ocean, hypothetically (and described very simplistically), it would seem that the fastest way to search for wreckage would be:

Presumably this could be done reasonably quickly by a computer, and that satellite imagery is taken after a suspected crash, and exceptions (e.g. spots of white amongst the blue) are able to be verified by a human.

Does such a system exist? Are imaging satellites able to be configured to take such imagery on demand over a large area? And do such batch-image processing systems exist for this purpose?

Update: Satellites were eventually used in the search for MA370, see this article.

This question might be better answered by the folks at space exploration but here's a shot: 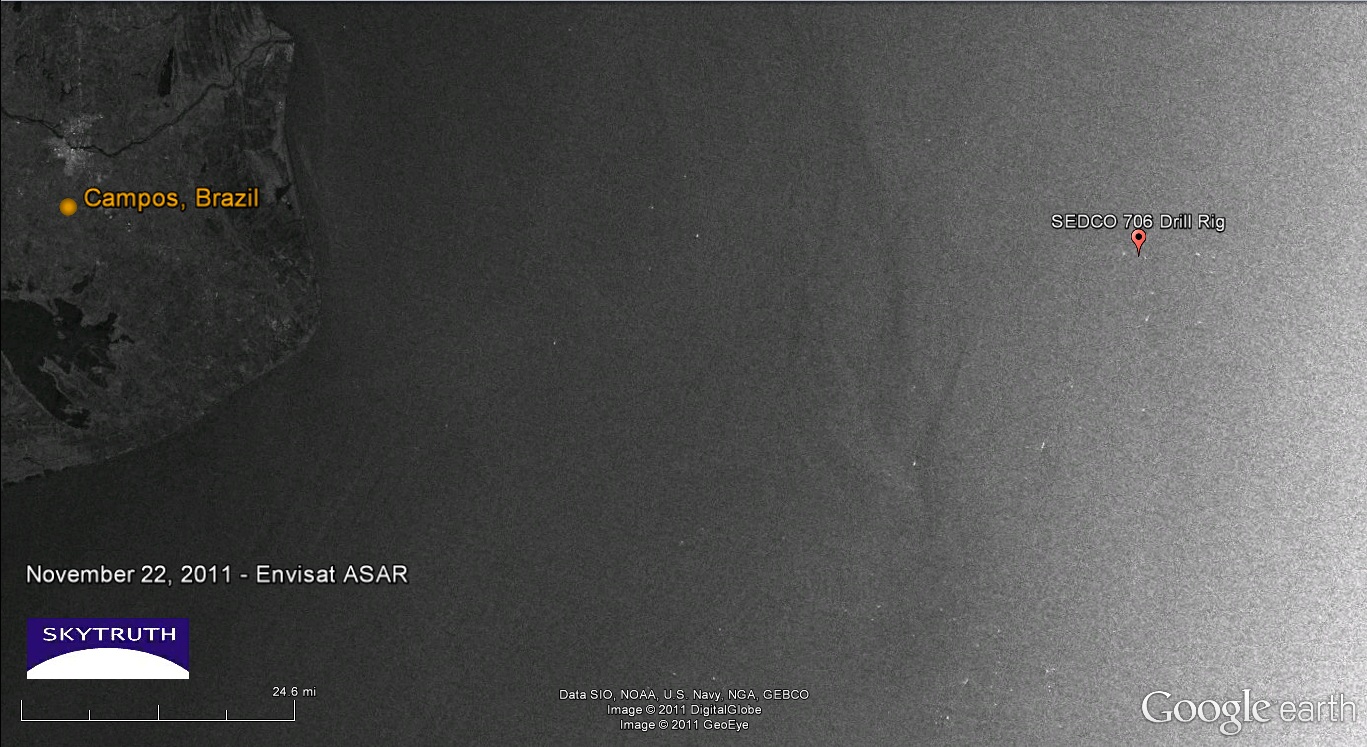 While I think it could be done as you say, you would need to develop software and I don't think the market for it exists, but that's just my guess. Reading up it appears that satellites are used against drug cartels along the USA-Mexico border and against illegal immigrants elsewhere in the world.

Massive area, large search interval, no complete coverage of the entire area, especially no permanent coverage of the entire area, weather, limited computer power.
All those factors, each on their own, would make the problem massive. Taken together they make it insurmountable.
We're talking an area of several million square kilometers that needs to be searched, at a resolution of a few square meters, over an interval of several hours.

Not only is there no 24/7 photographic coverage at that resolution available of any spot on the planet, it certainly won't exist of a stretch of open ocean in a backwater of geopolitical interest (it MIGHT exist just around the time of a drone strike on a Taliban compound for example, over an area of a few hundred meter around that compound, for maybe 10 minutes prior to 10 minutes past, but that data would be highly classified for obvious reasons and utterly useless unless an airliner crashed right on top of that compound during that small window).

Manfred hints that satellite coverage is used against drugs and human trafficking and it may be. But it can't detect individual human beings. It CAN potentially detect patterns, like finding paths through brushland that from the ground can't be easily seen but from the air show up. And in case of anti-trafficking use, it mainly is used to surveil known or suspected points of departure, say an airfield in Colombia known to be used by drugs smugglers, and alert law enforcement agencies of a possible inbound aircraft which can then be tracked using other means (like AWACS) and intercepted. Same with boats. But it's not real time, it's photos taken at several hour intervals of known "points of interest".

We simply lack the resolution to see something the size of a human being (or a floating piece of aircraft debris like a toilet seat or life jacket) from orbit.

Oil slicks, which tend to spread out a lot, can be observed and investigators sent to the area. This is used in coastal regions to find and fine ships that illegally dump oil from their balast tanks. But again, there's no permanent coverage and certainly not over open ocean. Maybe some country with the capability can redirect one of its satellites after the suspected crash, and hopefully when it gets there it's not too late (dispersal is rapid) AND the weather is clear AND there's daylight AND everything else falls into place.

No, the best hope is narrowing down the area based on last radio or radar reporting position, and do an area search from there. And if you get real lucky you get a responder in the FDR or CVR to give you a beep, or an emergency beacon in a life raft that got shook loose and turned itself. Other than that, fingers crossed that someone with a pair of binoculars spots something floating out there before it's all sunk to the bottom.

Digital Globe, a satellite imaging company (who provide a lot of the data Google uses), has done this for the MH370 flight using a platform called Tomnod, which is currently directing all users straight to the search page. The images they're showing now were taken on 3/9, so apparently they are able to re-task their satellites fairly quickly.

More info on how to use this is available at How To Use Tomnod To Find MH370.

Something similar was done using Amazon Mechanical Turk during the search for Jim Gray.

Not the answer you're looking for? Browse other questions tagged accidents accident-investigation software mh370-incident or ask your own question.