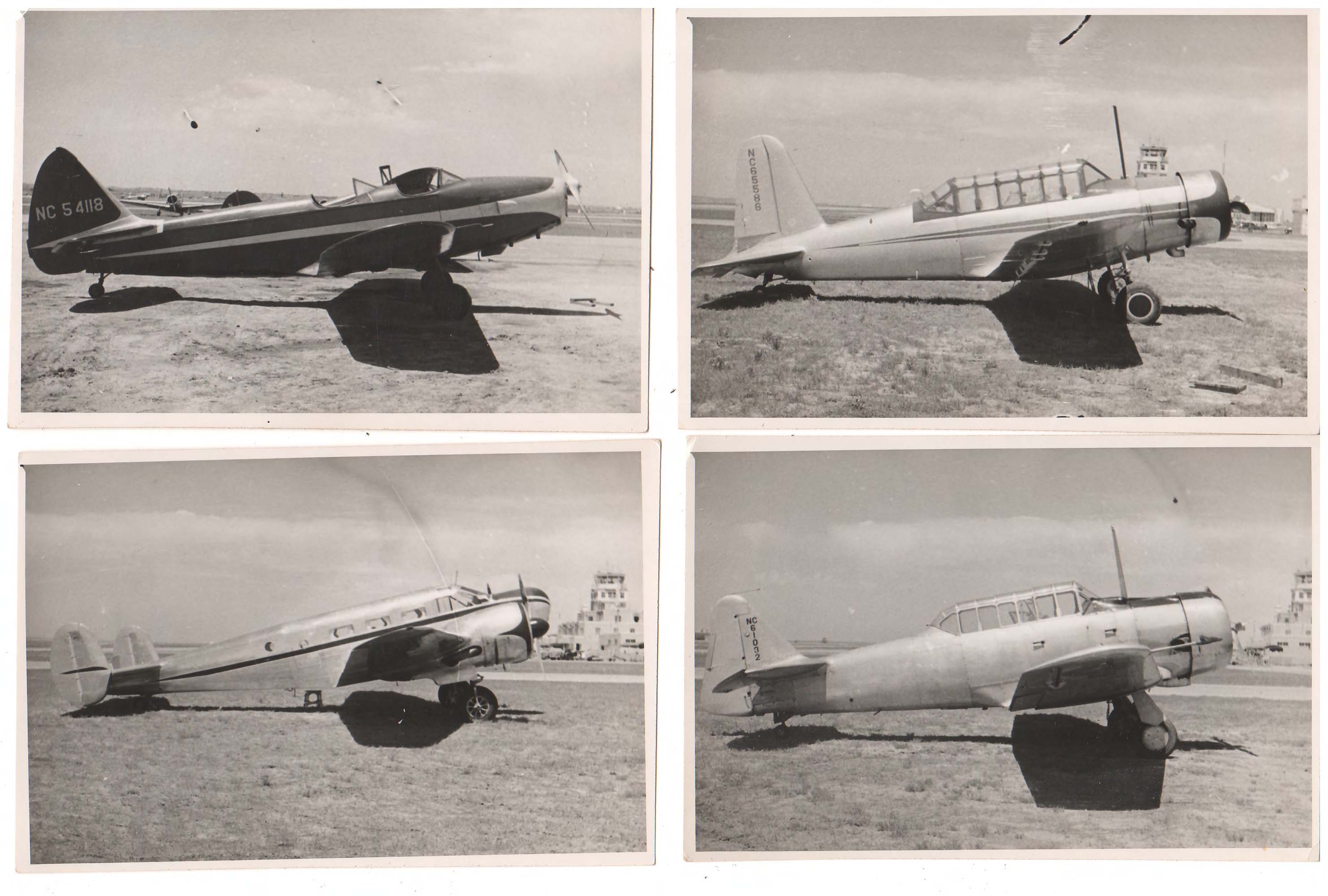 Here are several photos of older aircraft I'd like help in naming. Year, Model, & Manufacturer. Thanks so much. Ron

The upper left one looks like a Fairchild PT-19-family monoplane trainer. Production on these started in 1939 and served through the end of the war as a basic trainer. Yours might just be the PT-19B variant, which has a hood over the front cockpit and was used for instrument training: 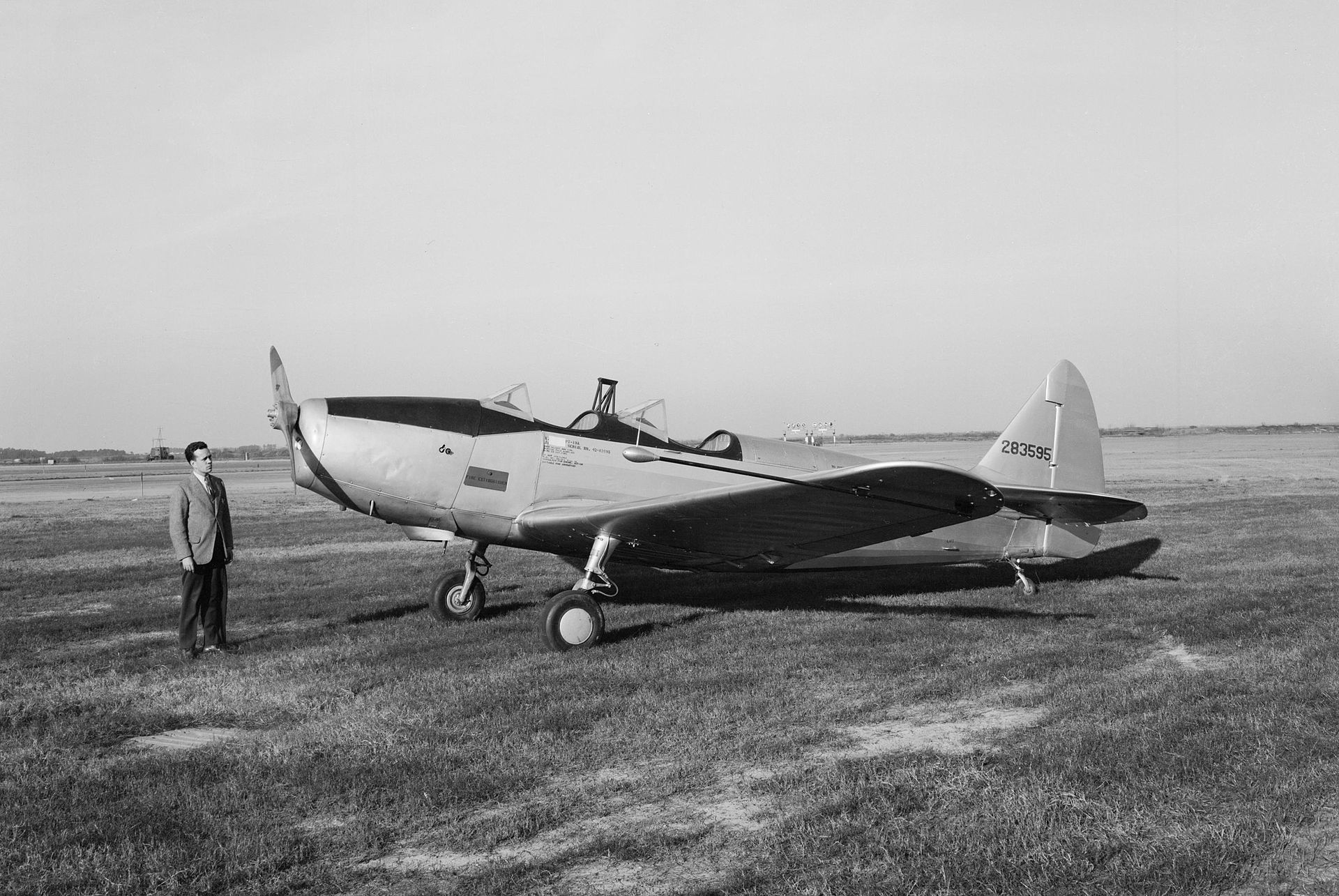 The upper right one looks like a Vultee BT-13 or BT-15 "Valiant" basic trainer, which were used as Air Force and Navy basic trainers from 1940 to 1944: 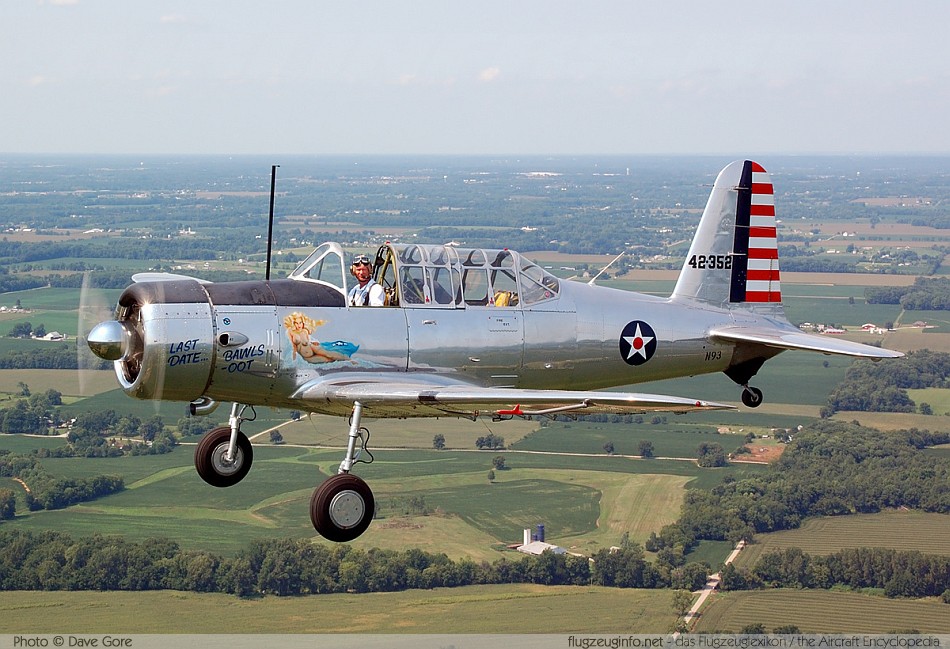 The lower left is actually a twin-engine plane, not a single, looks like a variant of the Beechcraft Model 18, or "Twin Beech". These were built beginning around 1937 and continued well into the Vietnam years. Military designations include the C-45 Expeditor, AT-7 Navigator, and AT-11 Kansan, but your specific example appears to be civilian:

The lower right is a North American T-6 or AT-6 Texan. Production on these began in 1933 and they were only retired from all air forces in 1996 (though the last operator, South Africa, only kept them as basic trainers because a military embargo related to its Apartheid policy prevented them buying anything newer): 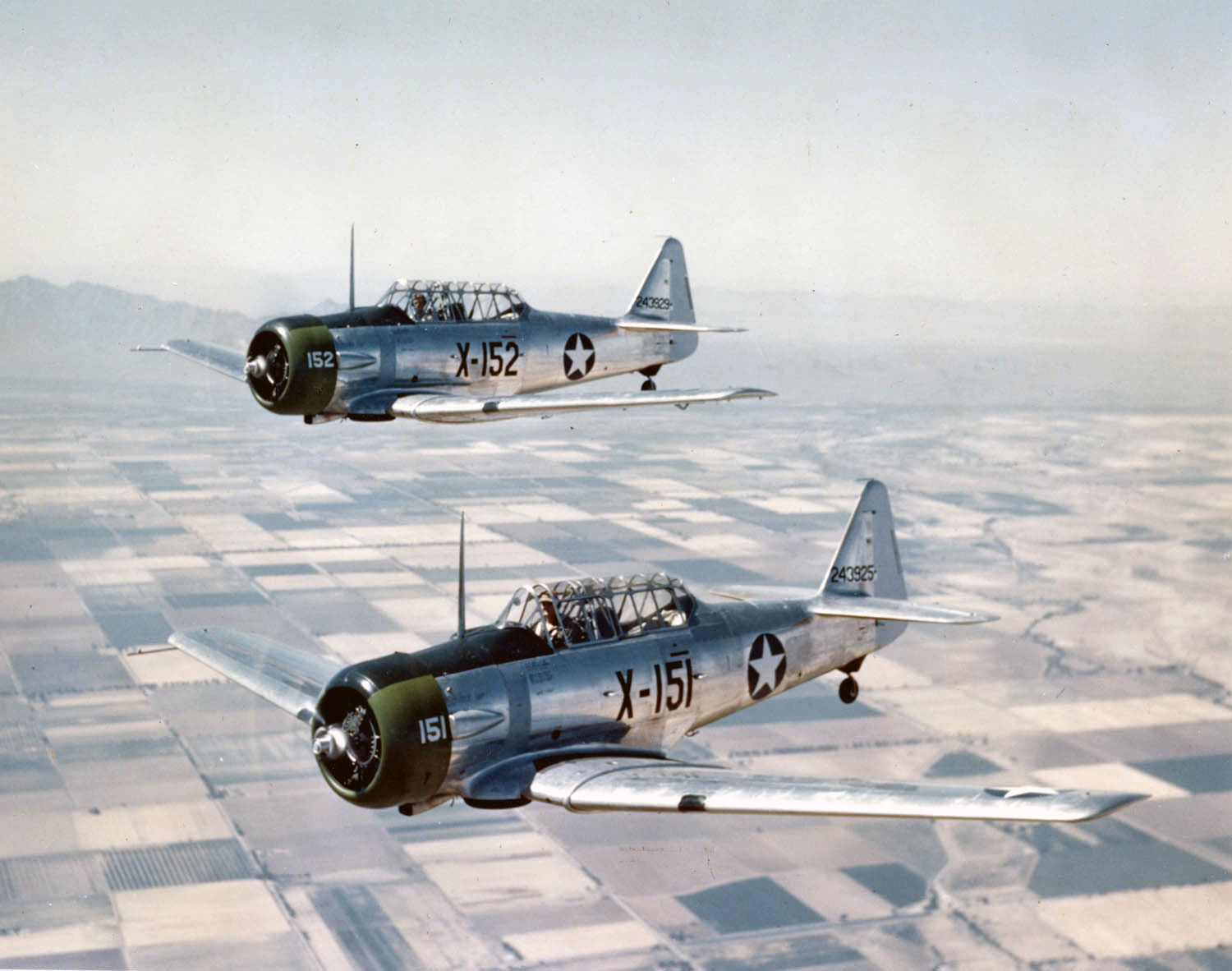 As far as exact build dates of these aircraft, you might be able to look up the tail numbers of each airplane, but these craft were so common and so varied during their production that exactly when a specific airframe was built is difficult to determine by looking at it. All of these aircraft, in addition, seem to have been "civilianized" after service with the USAAC/USAAF, so their full history may be very hard to trace without their logbooks.

From left to right, top to bottom, and from memory I'm guessing a Fairchild PT-19, a BT-13, a Beech D18, and a North American AT-6. The BT-13 had a 450 horse P&W. which they'd pull off that airplane and put on Stearman to make a duster/spray plane out of. All of these airplanes were really cheap after WW2.

As I remember, AT-6s sold after the war for as little as 500 USD, but then when the Korea War came along, the government wanted them back and were paying up to 30,000 for them.

The lower right picture shows a North American Texan Yale, registration NC61032. It is listed in this production list.

12
What type are these planes that are flying in formation near Culver City, CA?
7
Partial Serial numbers on Military Aircraft - what combination is unique?
7
What aircraft are these, and why are these engine sizes so different?
26
Can anyone help me identify the plane in this photograph?
5
What are the names of these aircraft?
3
What is this transport aircraft, and why does it sometimes cary an air data boom when the Soviet Buran Space Shuttle is on top of it?
12
What is this high wing, single engine aircraft?
1
Closest RL Match for Fictional Helicopter Design?
12
Can anyone identify this 1970s Mitsubishi pushback tug?