I am just curious about this... during one flight on Airbus A321 we experienced turbulence and the pilot told us that the wind speed is 150 km/h, so we won't get drinks and snacks due to safety reasons. The question is: Was that wind speed 'normal' or 'dangerous'? What could happen?

High windspeeds themselves are not a problem, but the environment surrounding them may be.

For example, in the wintertime it is not uncommon to find a strong core of fast winds embedded within the polar jetstream. We term this windspeed maximum a 'jet streak'. There are a couple of meteorological phenomena associated around these jetstreaks, such as regions of ascent and descent in the entrance and exit regions of the jetstreak and often times turbulence in the periphery. You'll also find regions of turbulence on the lateral extent of the jetstream (polar side in particular). Lastly, if you are flying at an angle to the jetstream or perpendicular to it, you will often experience changing wind direction along with speed, and this can be turbulent.

There is nothing dangerous about that wind speed alone. What likely happened is that other airplanes were reporting turbulence and the pilots were being cautious with you and just offered that wind speed up as an easily understood number to justify the precaution.

It's not unusual for aircraft to experience a lot of wind at altitude. In fact, there's a website dedicated to speed records- all of those shown would be impossible without the help of the wind boosting the aircraft in addition to its normal speed. Many people have unknowingly travelled at a velocity faster than the speed of sound on the ground when crossing the Atlantic.

While I'm not too familiar with it, I think that jetstreams and the like have a tendency to develop more air pockets and turbulence than calm air, including clear air turbulence, where there are no visual cues before the turbulence hits.

Many incidents happen when people are unprepared for a bounce at cruise altitude, probably hence the pilots decision. A broken ankle is not unheard of. As for catastrophic consequences, they are very rare. Typically, the pilot will slow the aircraft down a little to reduce shaking and stress on the airframe.

Here's an incident on a Cathay Pacific 747 around a month ago, midflight: 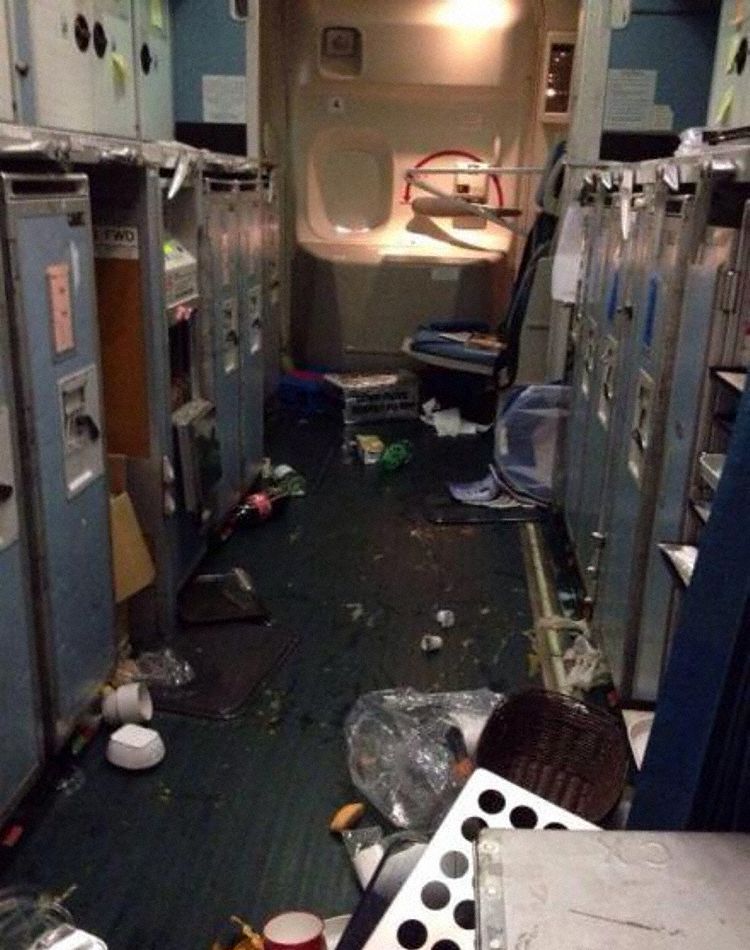 To put wind speed in perspective (further to the previous remark that 150 km/h is not fast at altitude): The speed of the Jet Stream is typically 100 kts (185.2 km/h) but can reach 200 kts (370.4 km/h) over North America and Europe in the winter. Speeds of 300 kts (555.6 km/h) are not unheard of, particularly over south-east Asia. Aircraft flying west-east will try to exploit the Jet Stream to increase ground speed and, similarly, aircraft flying East-West will plan to avoid the Jet Stream.

3
How are extreme winds aloft handled and how do they affect flight?

2
Why is a downwind wind speed given in wind checks for aircraft on final?
8
How is the wind direction and wind speed measured in flight?
6
How do pilots clear an aircraft to fly through a hurricane?
17
How is wind measured at this small U.S. airport?
28
Does a sudden drop of the velocity of the headwind affect the airspeed by lowering it?
2
What are the effects of headwind strength on landing?
5
What is the best option when the headwind exceeds the maximum airspeed?
5
How changes in Air masses, Air flow direction and intensity affect lift?