What is the stress tolerance of landing gear of commercial aircraft?

Context: The landing skills of commercial airline pilots vary widely -- ranging from the ability to routinely make feather-touch landings and taxi and almost imperceptible deceleration on the one hand, to habitually landing with a medium-heavy thud and decelerating abruptly, even under normal flying conditions. One guesses that the landing forces on various parts of the landing gear (and also other parts) would momentarily vary by a factor of three or four, or even greater, on some key parts.

First off, the thud and deceleration may be more related to the conditions as well as the runway length than pilot skill, but lets discuss some of your questions.

This is a complex question to answer simply as airplane gear sees lost of loads and some compromises are made for simplicity of operation. For one the rubber used on the tires is quite thick since some of it does wear away on every landing since the gear is not spinning when the plane touches down (you can read more on why not here) The tradeoff here is weight (you need to haul the tires around with you) but they can be used for many cycles. The vertical load is generally handled by an Oleo Strut these allow for a margin of error but they (or the gear system) can be bottomed out and a hard enough landing can result in a bounce. The last serious load that gear sees is usually side loads when a crosswind landing is made. These are tough to mitigate and its generally the job of the pilot to reduce these loads they will manifest them selves as tire wear and mechanical wear. Perhaps the coolest solution to this was the B-52's full rotating gear. 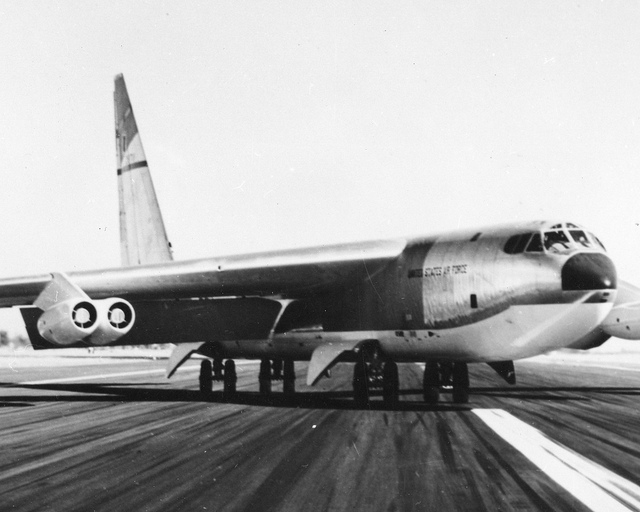 One of the more interesting non Oleo designs for GA gear is the rubber disks used on Mooneys. These are said to require less maintenance and are easier to replace but are far less forgiving than Oleo struts. 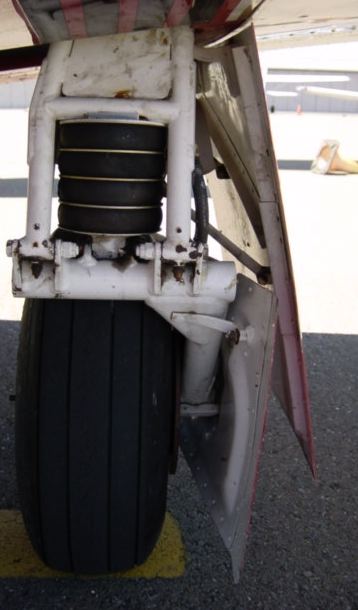 Some of the vertical force is absorbed by the tire its self when the plane touches down the tire does ballon out a bit. As such it is of vital importance that the tire pressure is within a small margin since low pressure can cause excessive ballooning which would lead to side wear depending on gear design.

These parts are generally made by different manufactures and are designed to comply with the aircrafts specs as set fourth by the builder (Boeing etc). Like everything else on a plane these parts have a cycle life (TO/LD) and are replaced when necessary. Since they are high impact I would assume the life is on the shorter side generally speaking. Here is some info from Goodyear on how to care and maintain tires for aircrafts. Heres some good info on Oleo struts as well.

This depends on the plane, bigger planes generally need to spread the load out over more axles/tires which gives them greater redundancy a plane like a 747 has 2 sets of twin axle main gear on each side of the plane so you could lose an axle and still be ok (relatively speaking) 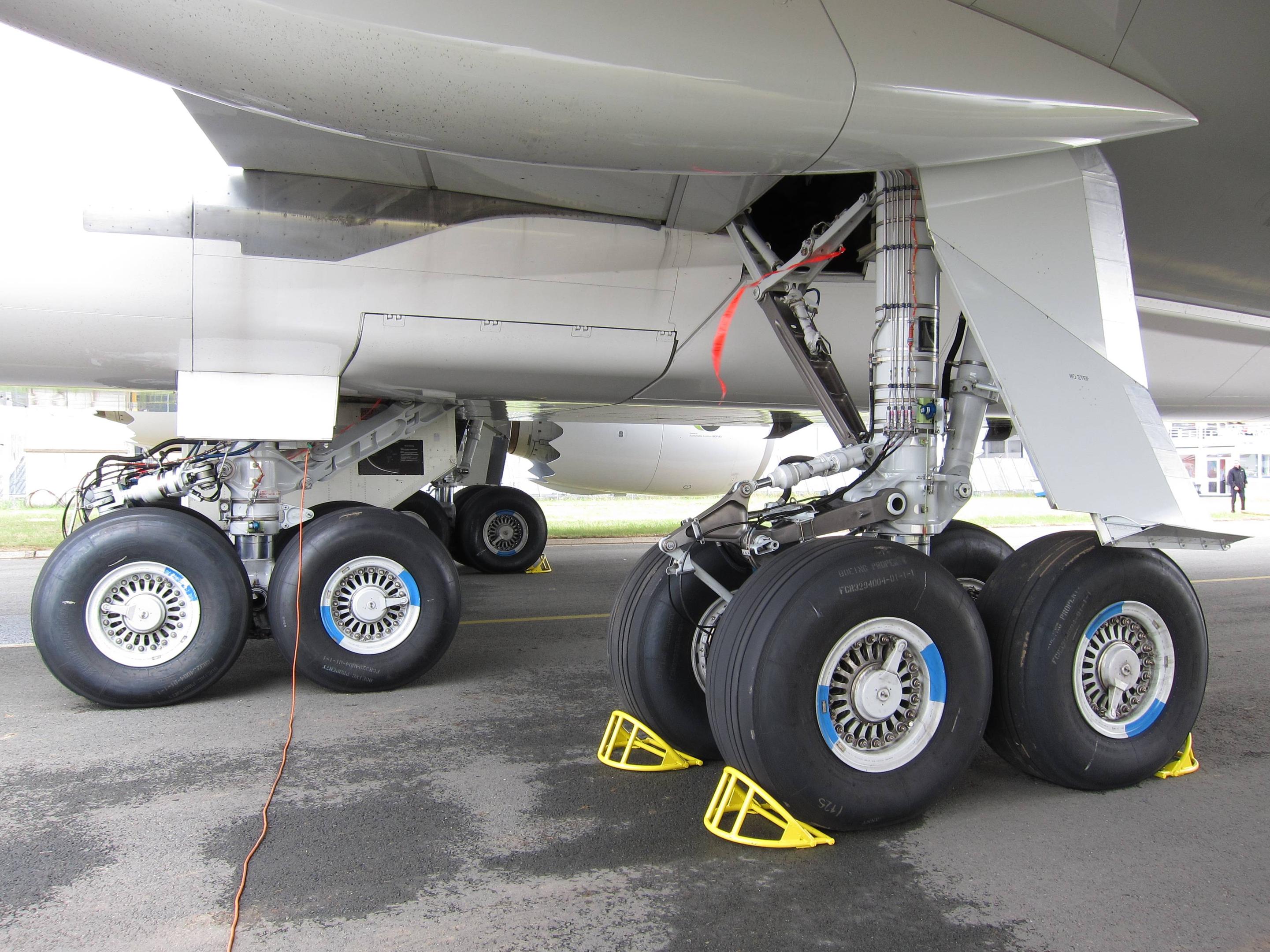 compare this with a 737 and you will see that the main gear is less redundant as its a single axle only system. In this case losing one of two tires would be less catastrophic than losing all the gear. 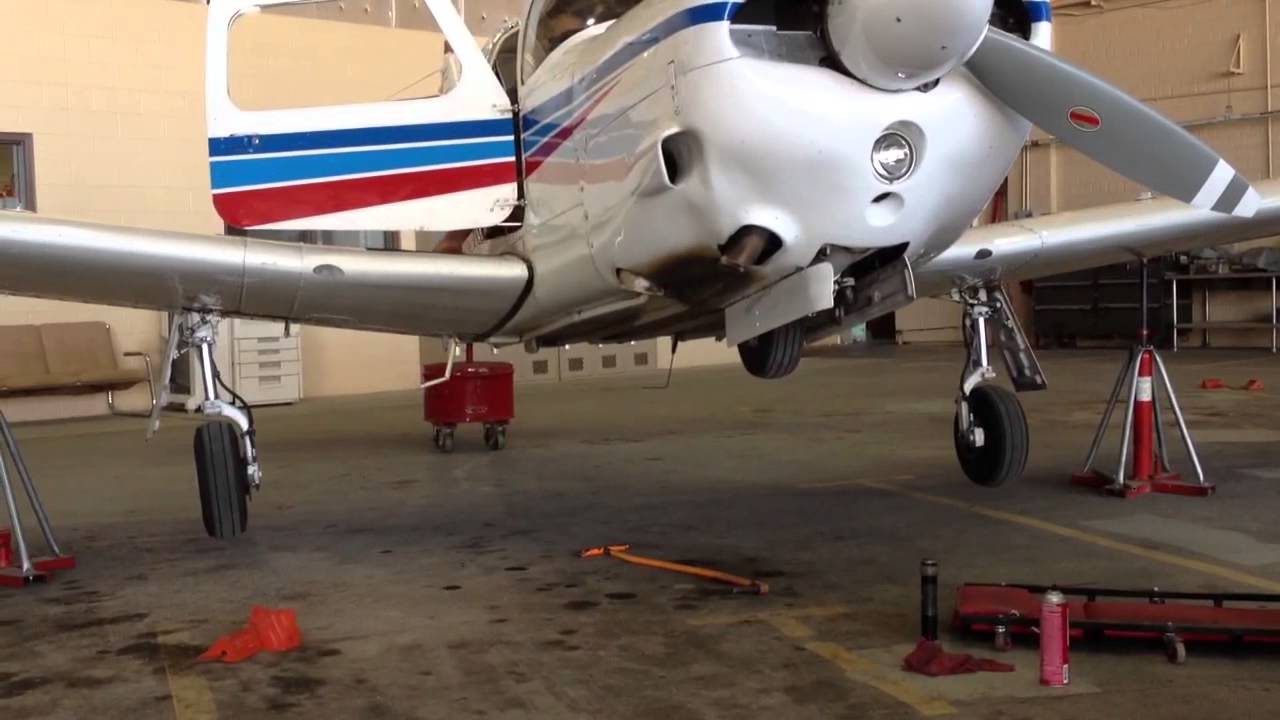 The one thing all these planes have in common is that the nose wheel is the most delicate part of the landing gear. Hard landings on the nose wheel can collapse the gear or cause porpoising both of which are bad. This is what happens if the gear does not rotate properly in other words that nose gear saw complete side loads. Planes have be successfully landed with collapsed nose gear or nose gear that wont come down. Its a sight but generally speaking its not the worst thing to happen.

Sensors: The only sensor I know of on the gear (and this is plane dependent) is the squat sensor which is a simple on off for being on the ground or not. The FDR will record 3-axis acceleration but that will be of the airframe which is behind the Oleo struts so the gear its self may see higher loads.

Not the answer you're looking for? Browse other questions tagged aircraft-design landing-gear aircraft-manufacturer or ask your own question.

74
Why are aircraft tires not pre-spun prior to landing to preserve them?
10
What vertical speed at touchdown makes a 'perfect' landing?
27
How much force does a 747 land with?
20
Is the main landing gear of a large airplane designed for sideways (crabbed) touchdowns?
6
What is the "on condition" concept of aircraft maintenance?
7
How does the squat switch work?
2
How would we calculate the load factor on an aerial vehicle while landing due to sudden gust loads?