I was reading this blog post relating to the recent Delta flight which suffered severe hail damage after flying into a storm. The author decries the lack of weather info sources available to commercial pilots in-flight. He says, "a pilot flying a single engine Cessna 172 can have significantly more weather information available to them in the cockpit than theÂ crew of this A320 had." The author of the blog post is advocating for airlines to provide this info.

Hazardous Inflight Weather Advisory (HIWAS) is a national program for broadcasting hazardous weather information continuously over selected navigation aids (NAVAIDs). The broadcasts include advisories such as AIRMETS, SIGMETS, convective SIGMETS, and urgent PIREPs. These broadcasts are only a summary of the information, and pilots should contact a FSS or EFAS for detailed information. NAVAIDs that have HIWAS capability are depicted on sectional charts with an â€śHâ€ť in the upper right corner of the identification box. 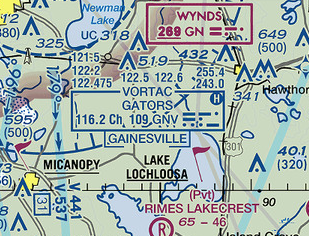 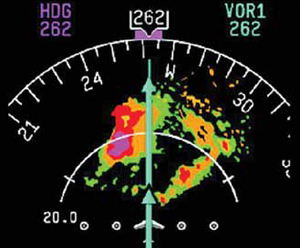 23
Could an aircraft 'hide' in the aircraft shadow of another aircraft without being detected or noticed?
10
What are the best practices for gathering preflight weather and information?
6
How do SIGWX chart updates work?
20
How does the weather radar work?
6
What are "approved weather reporting services" and do they apply to part 91?
3
When do pilots facing bad weather turn back (U-turn)?
5
What kind of input is used by NASA's TASAR?
6
NEXRADâ€”why is it 2D?
0
Why canâ€™t a single-fan-beam radar determine the elevation angles of its primary targets?
0
Can single engine/smaller aircraft turn off ADS-B?