What is a heat dissipater and how does it work?

Heat dissipaters were also fitted to exhausts to decrease the Mi-24's heat signature.

There's no citation. What exactly is a heat dissipater and how does it work?

The heat dissipaters are used to reduce the infra-red signature of the helicopter engine exhaust. They are also used in other helicopters, like the 'black hole ocarina' (BHO) infra-red suppression device used in AH-64 Apache. 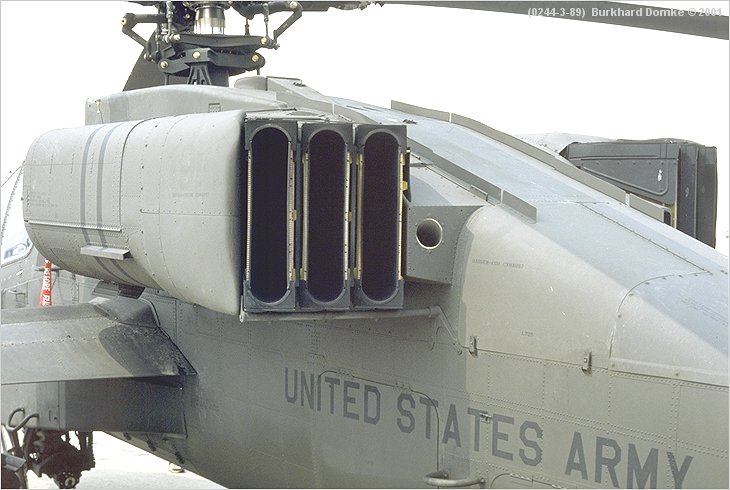 The main purpose of the IR suppressors in use today is twofold:

The infra-red suppression systems in service today usually work by 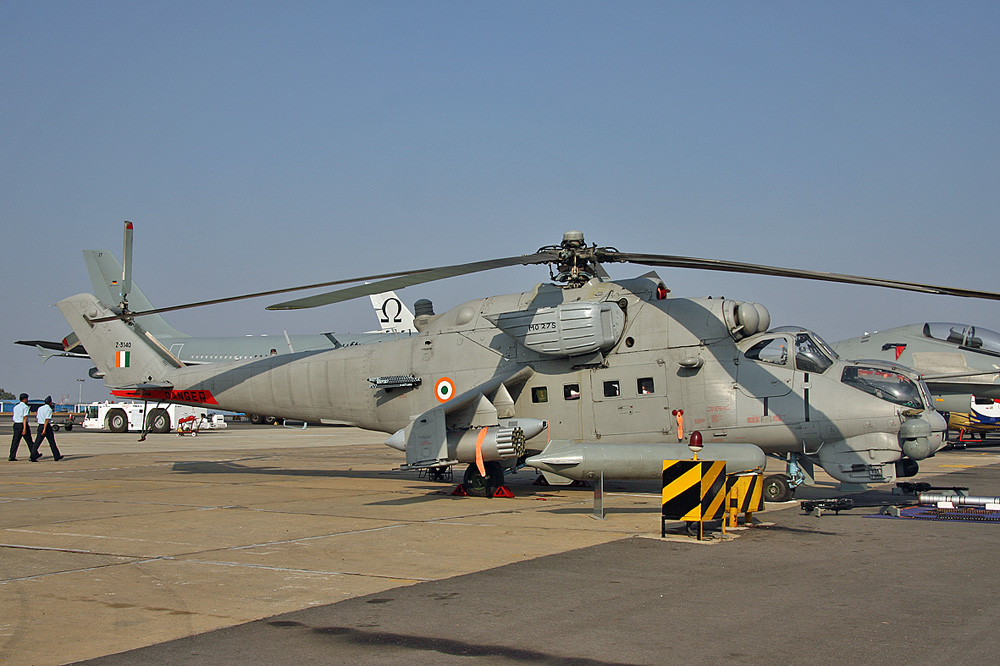 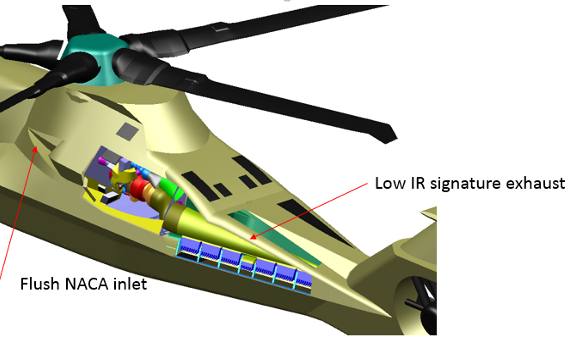 Most of the present IR suppressors focus on achieving a thorough mix of the cool ambient air and the exhaust to reduce temperature and uneven mixing, in order to prevent 'hot spots'. Cooling of the exhaust pipe itself is achieved in some cases by using film cooling. In most helicopters, the infra red suppression system (IRSS) is optional and can be added separately.

The figure shows the schematic of the infrared suppression system used in AH- 64 Apache and the associated reduction in IR signature. 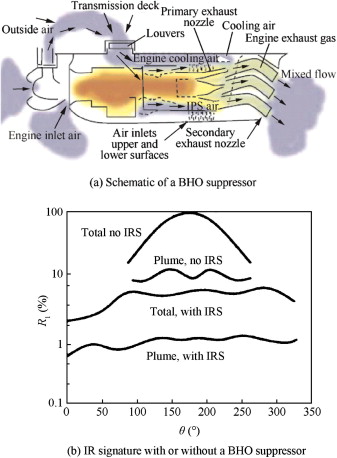 Not the answer you're looking for? Browse other questions tagged military helicopter engine or ask your own question.

26
How does a coaxial rotor helicopter achieve yaw?
5
What was the yearly number of MiG-15's produced?
9
What is the ultraviolet signature, if any, of aircraft and jet engines?
10
When were flares first used as IR countermeasures, and by whom?
5
What is the heat signature of a piston engine, relative to a jet engine?
17
What happens if Marine One's rotor blades fail?
24
How does the head-up display on a spitfire work?
4
What turbine blade alloy did the Jendrassik Cs-1 use?
4
Do nose cones work well at high angles of attack?