What are these parts on STOL/bush planes?

I've seen these (note the parts pointed to by the red arrows in the image) on the landing gear struts of Super Cubs and plenty of other STOL bush planes with large tundra tires. It looks like maybe just an aerodynamic fairing on the gas tube/strut of the landing gear but I'm wondering why on every example I've seen of this, the aerodynamic shapes are angled differently (one is more "up" than the other). What is this if I'm wrong about what it is and most of all why are they always angled differently? Is this to try and help with adverse yaw or something?

You can also see them in this video here (note that they, too, like all I've seen, are angled differently): FlightChops Super Cub 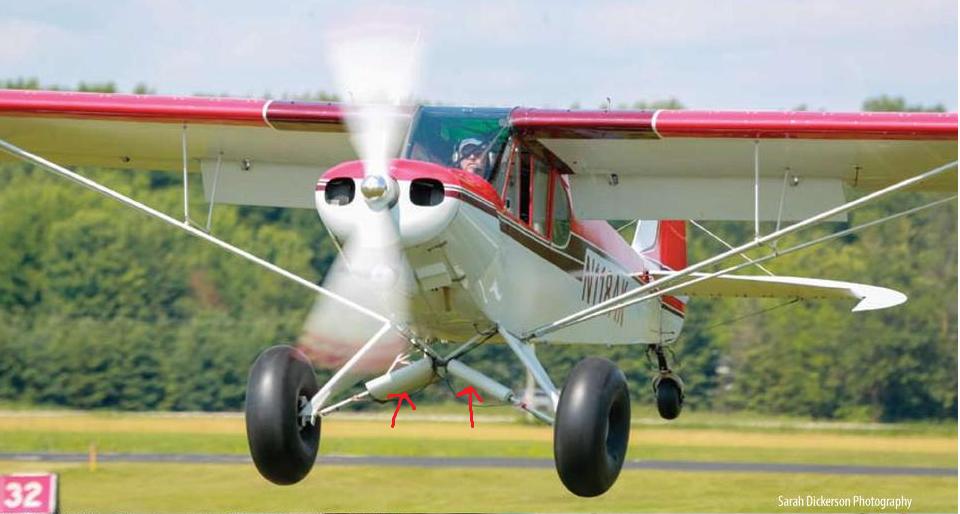 Those are not specifically STOL hardware, they are bungee covers that happen to have an airfoil shape.

Aircraft like the one in your picture use bungees (also called "shock cords") to absorb the force of landing: As weight is transferred to the gear the bungees are stretched. The installed bungees look like this: 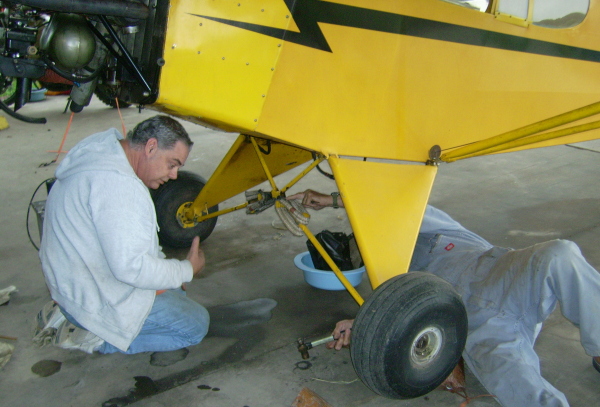 The bungees are literally just "aviation-grade" bungee cords, and would be quickly deteriorated by weather if left exposed, so they are usually covered. The most basic covering is a leather or plastic boot: 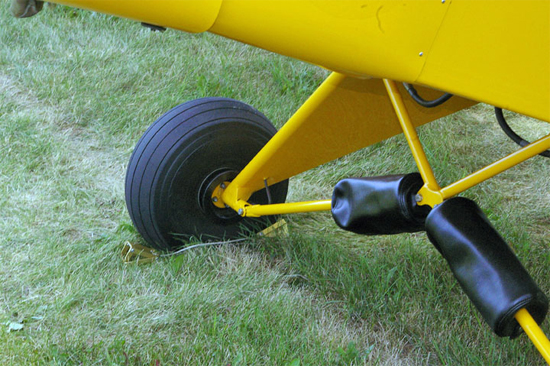 The boots are not much more aerodynamic than the exposed bungees however, so some aircraft (including many with STOL kits) have a cover with an aerodynamically favorable shape to reduce the drag caused by the bungee bulge. That style of cover is what's shown in your picture.
Here's a closer look: 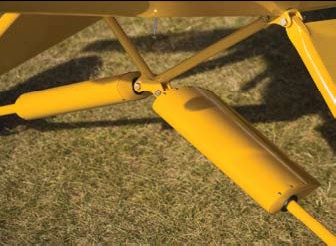 Not the answer you're looking for? Browse other questions tagged landing-gear feature-identification bush-flying or ask your own question.