What is the belly pod on this Beech A200 Super King Air?

In this photo of N46L, a Beech A200 Super King Air owned by Dynamic Aviation, there is a large pod attached to the belly with what looks like two largish ports or windows on the underside. What is it, exactly? It looks similar to a synthetic aperture radar pod or video surveillance package, but I was curious if anyone could ID it precisely.

The full photo is available at http://www.jetphotos.net/viewphoto_new.php?id=7118680.

It seems to be a US Army CEASAR pod, a communication intercepting and jamming system for electronic warfare, which has been flown in Iraq and Afghanistan. CEASAR is derived from AN/ALQ-227 EA used by US Navy on the EA-18G Growler.

The aircraft is equipped with missile detection and countermeasures. Two sensors are below the cockpit windscreen, two other on the aft fuselage. The chaff is released by a dispenser aft of the pod. 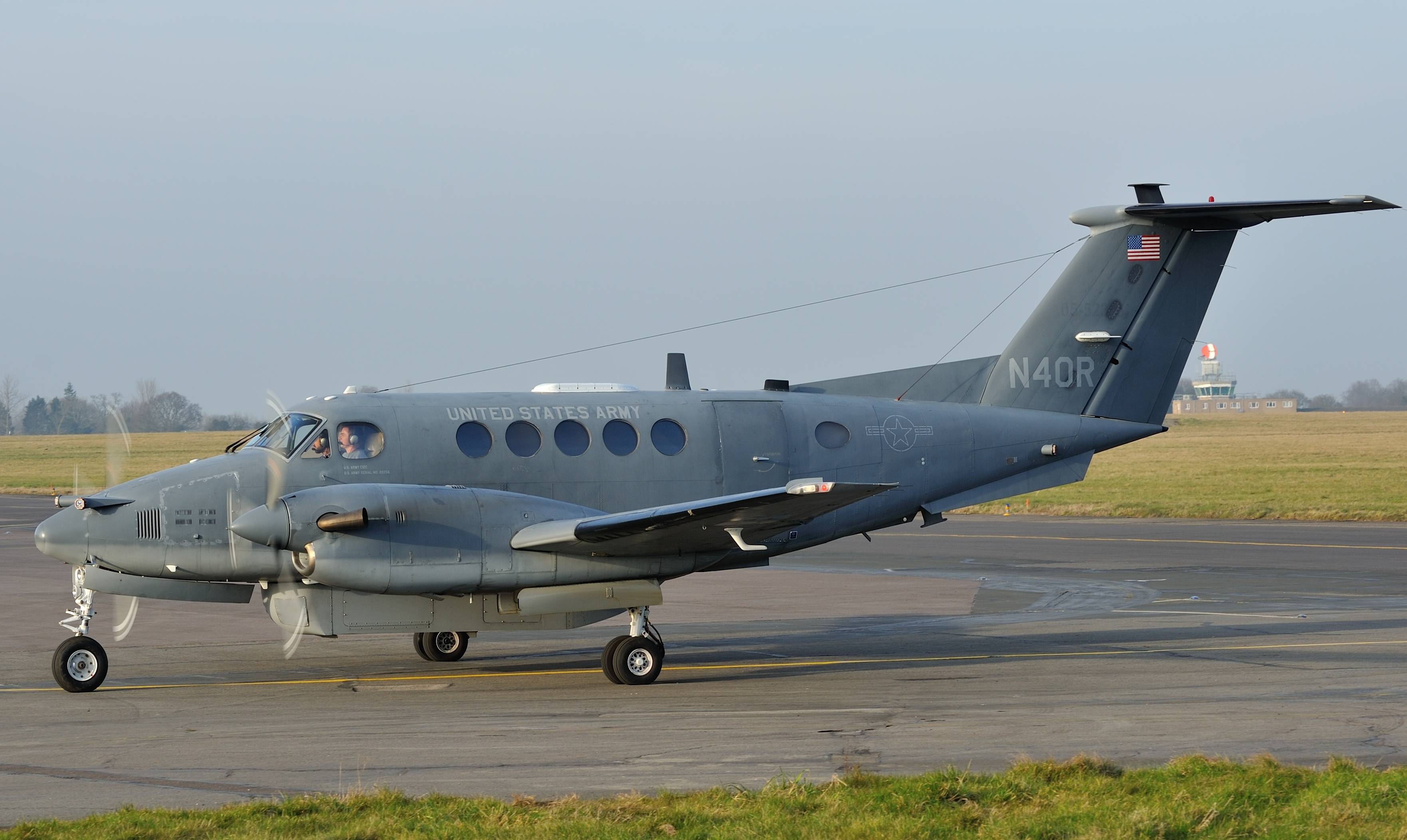 From Stars and Stripes:

The CEASAR, which stands for communications electronic attack with surveillance and reconnaissance, is a rectangular metal box that holds technology capable of both knocking out cell phones and radios and intercepting transmissions, while an electronic warfare officer onboard speaks directly to troops on the ground. It’s precise enough to cover friendly soldiers while jamming insurgents, but not knocking out communications for an entire village near a given operation. 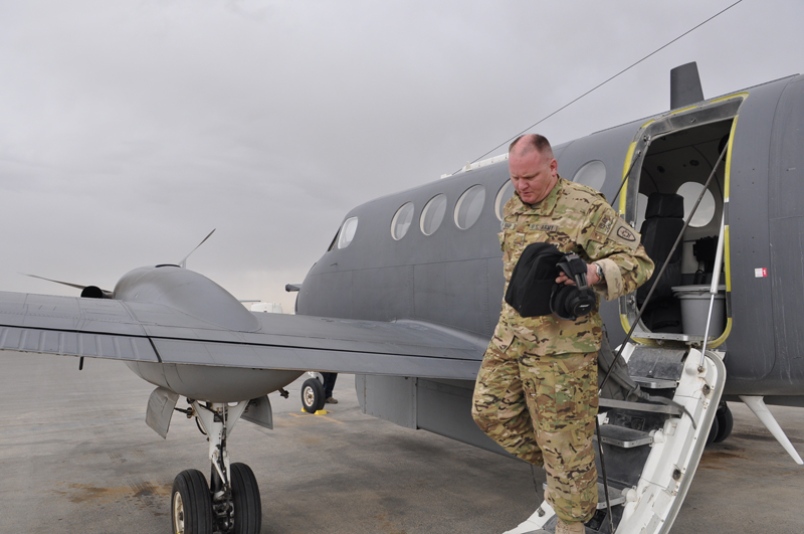 The CEASAR system mounted in these contractor-owned and government-operated (COGO) aircraft is based on the Raytheon AN/ALQ-227 EA system as fitted to the US Navy’s (USN’s) Boeing EA-18G Growler electronic warfare (EW) aircraft. It is designed to provide both a communications jamming and an intercept/monitoring capability. 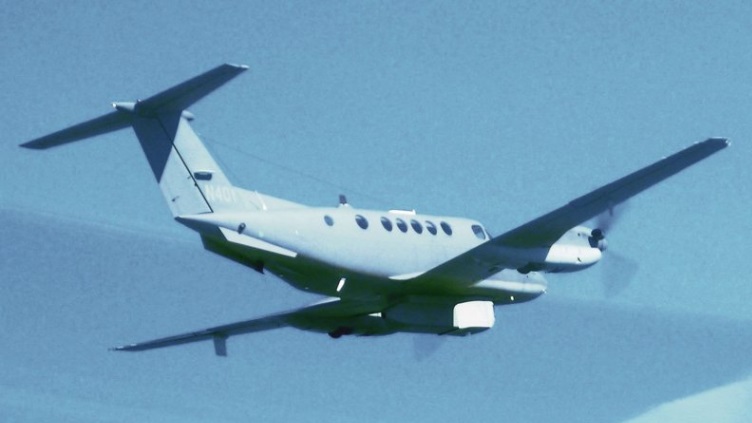 Flying CEASAR on a modified A200 was already very much cheaper than using a pod on a fighter. However like for other functions, military are looking at using unmanned aircraft. The NERO pod has been designed for this purpose.

NERO jams aboard a drone in Army test 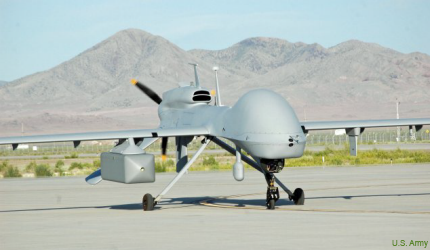 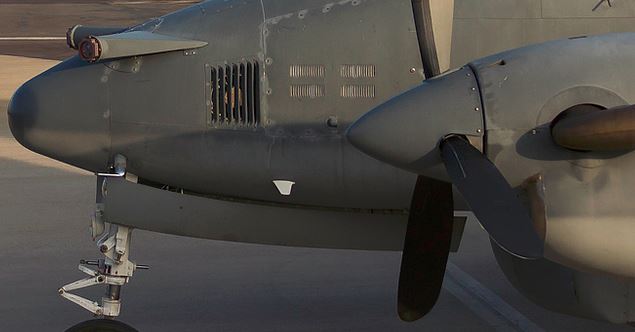 It detects infrared or radio sensing from a missile and commands a response, e.g. release of chaff or flare using the countermeasures dispensing system aft of the pod.

Two other sensors are located on the aft fuselage.

Sensor detail on another aircraft: 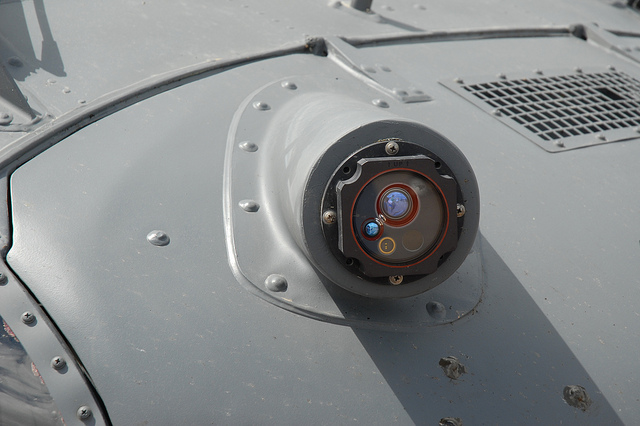 From JetPhotos.net this aircraft is used under call-sign Grizzly 23:

Registration: N46L
CN: BC-56
'Grizzly 23' taxies for departure to Wick.this is one of a number of aircraft owned by Dynamic that operate on behalf of the US Army.

There are two C-12 aircraft equipped with CEASAR. The other is registered N40R, with call-sign Grizzly 12: 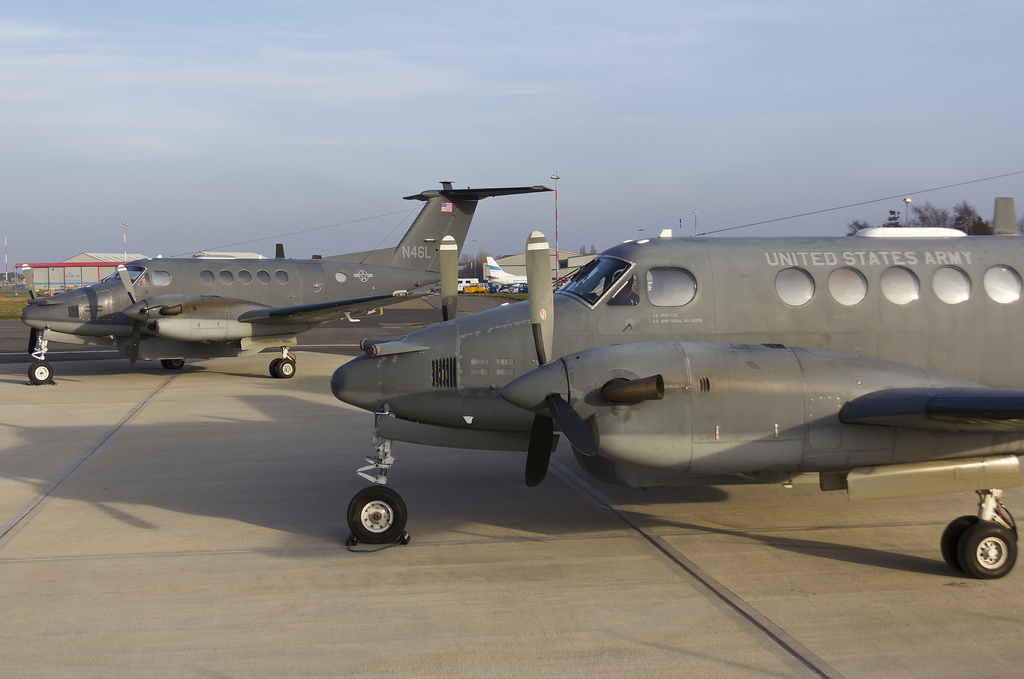 Huron are seconded or being replaced by Dash 8.

Not the answer you're looking for? Browse other questions tagged military equipment or ask your own question.

10
What are the visual differences between the F/A-18 Hornet/Super Hornet and the EA-18G Growler?
4
What is this pod at the wing-tip of a U2?
12
What is this hole on the tail of an MD-88?
29
What are the "spur" devices on this U2 pilot's boots?
9
What is that black pod on the left wing of a TBM?
23
What is this old US Army Air Corps plane?
9
What aircraft is this and to which air force does it belong?
16
What aircraft are parked in this naval air station?