Most aprons of international airports are vast areas paved with asphalt or concrete. However, I noticed this structures in the south of Köln/Bonn airport (CGN) (Google maps link): 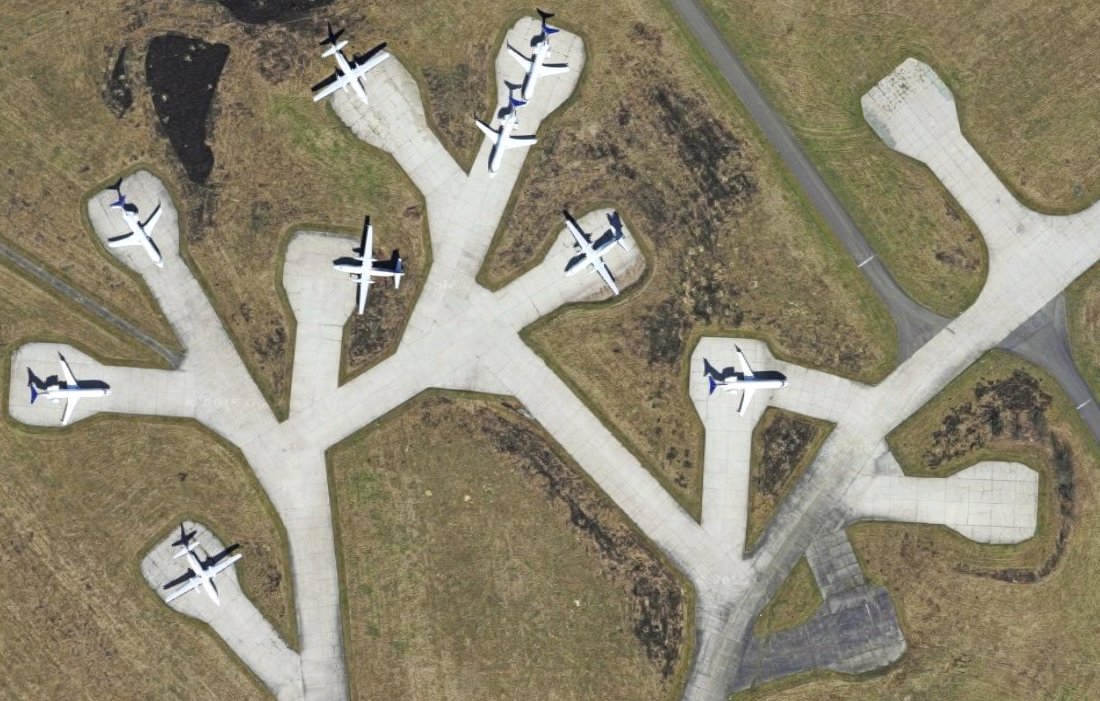 Does anyone know what's the reason behind this unusual shapes?

Just found the Royal Airforce Base Brüggen with lots of dispersal areas. Some with hangars, some with banks of earth like in the black/white picture in aeroalias' answer. It's also a perfect example for the conceptional layout. (And between the areas in the south, there are even typical bunkers for explosives) 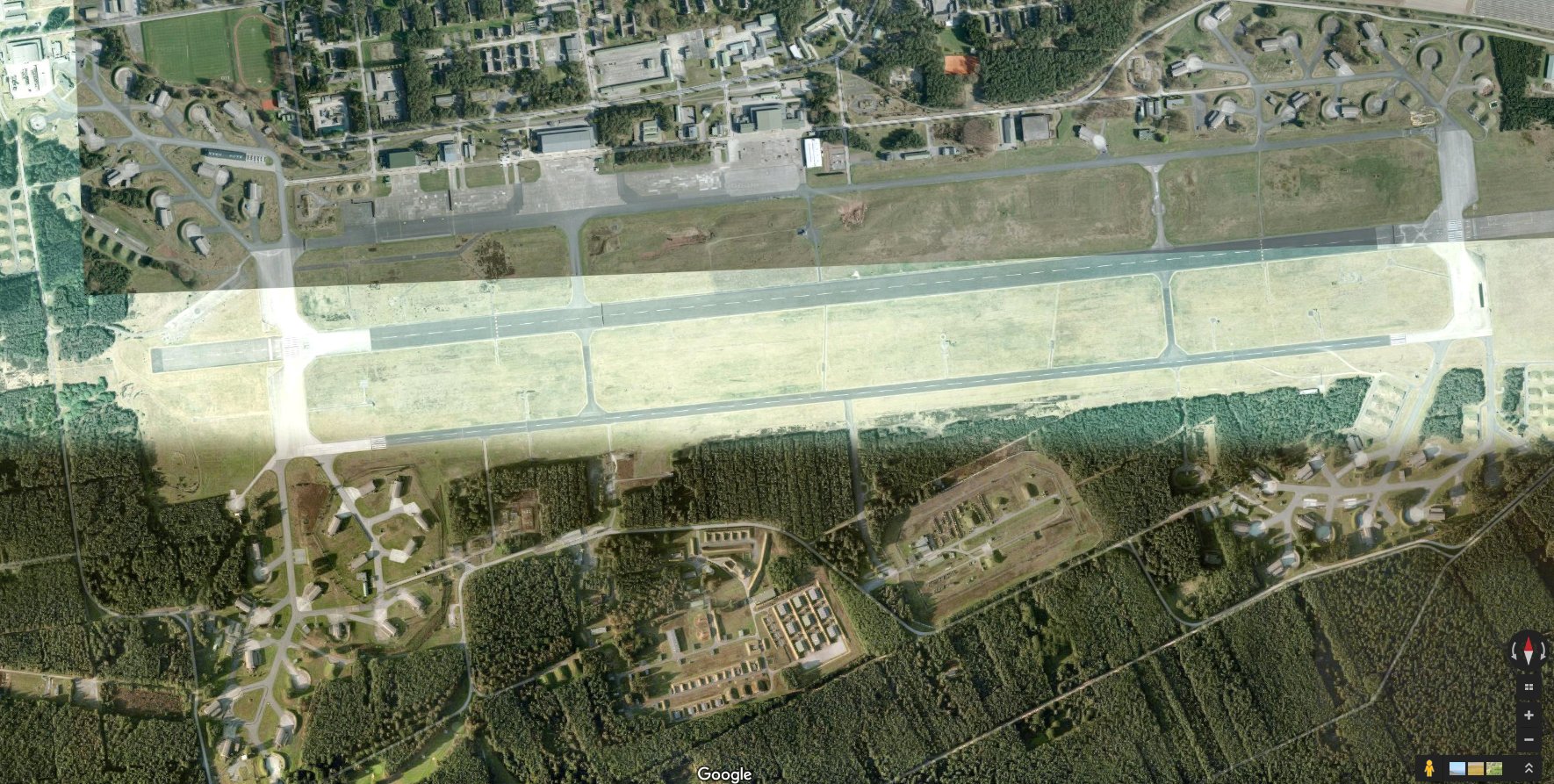 @Simon is right. The 'parking lots' are actually dispersal areas in the (previous) military airfield at that place.

The Cologne Bonn Airport started out as an airfield for Luftwaffe in 1938 in what was a former artillery shooting range. After war, RAF took over the airfield, with the first civilian flights in September 1950. The airfield was converted for full civilian use only in 1957. 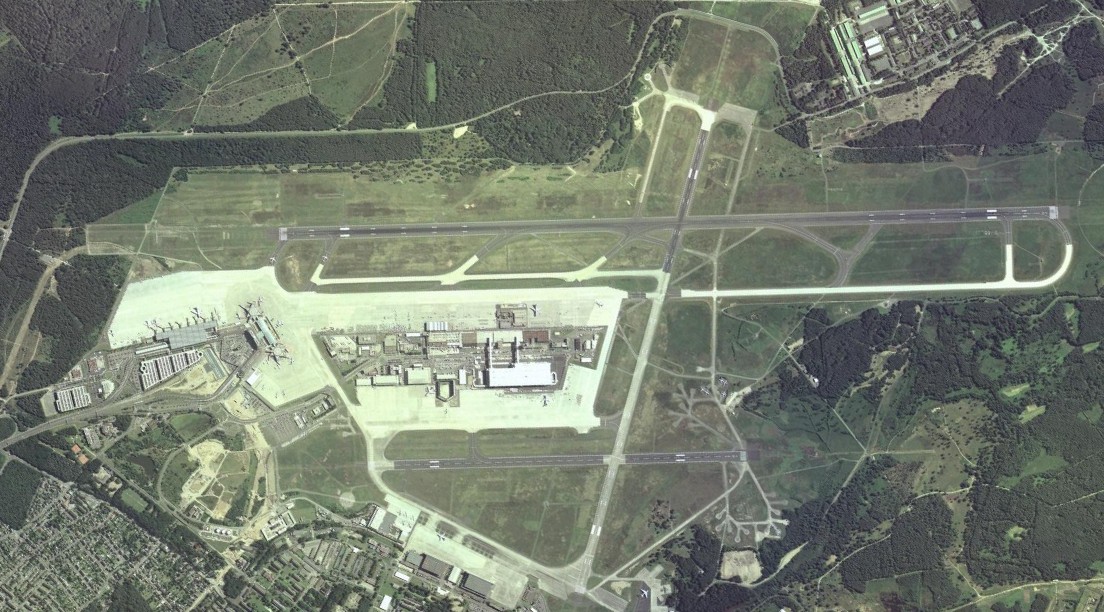 In military sirfileds, the parked aircrafts are usually dispersed in order to reduce vulnerability in case of an air raid. According to US Army Field Manual 5-430-00-2 (accessed via globalsecurity.org)

It also gives some (conceptual) layouts for aircraft dispersal:

The aircraft are parked in such a way as to reduce the probability that more than one aircraft is hit simultaneously. These dispersal areas have banks of earth or small walls around them to reduce the aircrafts’ susceptibility to the effects of bombs landing nearby and to reduce collateral damage in case one of them blow up. It might've looked like this: 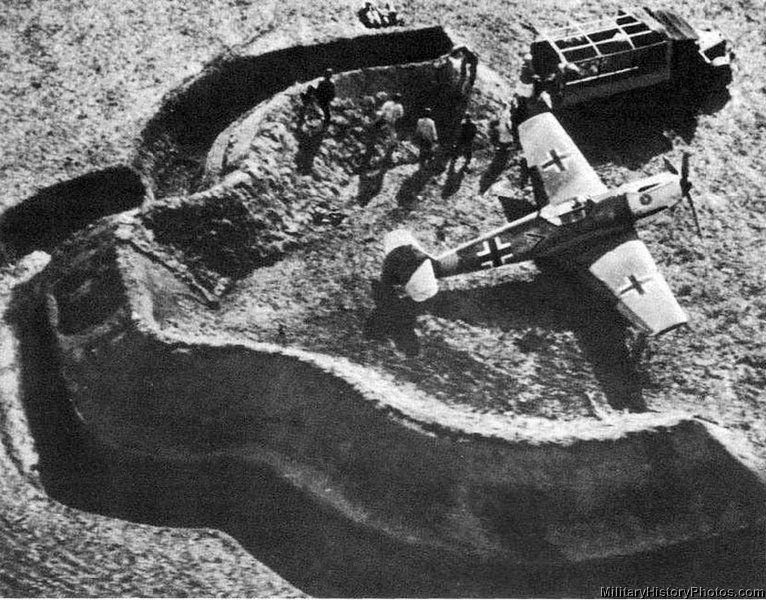 4
Does the size of code F aircraft parking apron enough for 2 code C plane?
23
How do passengers board the planes on this airport?
7
In the U.S., what are the requirements for being an Executive airport?
27
Is there any technical reason that prevents installation of a jet blast deflector at Princess Juliana airport?
4
What are the dimensions of the parking apron?
18
Why does the Las Vegas Airport have three control towers?
3
Has this "straight through" airport design ever been contemplated?
2
Where to find the parking coordinates of the aircraft in the Apron?
2
"Gross" and "net" planned runway length for the Haifa airport
0
How to estimate runway length for airport master planning?