Why do VTOL aircraft (F-35 or Harrier) have only one engine?

Why do VTOL aircraft (F-35 or Harrier) have only one engine? Is it because it is simpler and less expensive? Or what are the reasons?

VTOL aircraft can have more than one engine. It is just that the design process of the Harrier and F-35 led to a situation where only one engine was required.

The main challenge in any VTOL aircraft is to have the engine produce thrust in two different phases of flight: during cruise and during takeoff/landing. This basically requires the powerplant on the aircraft to have two different characteristics at those two phases, because

A number of approaches have been tried to solve this problem:

In order to avoid the weight penalty, the best approach is to have no extra engines at all, with the thrust deflected down at take off and landing. This was called 'vectored thrust' (a term attributed to Theodore Von Karman). This concept was tested in the Bell X-14, which had fixed eingines and thrust vectoring vanes that deflected the exhaust to achieve vertical lift. 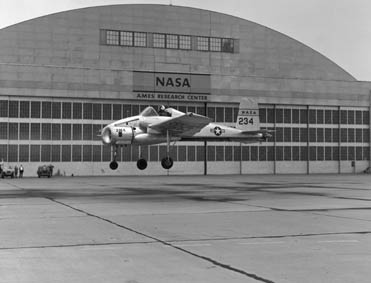 In case of the Harrier, the engine, the Bristol Siddeley Pegasus was first developed (as BE.53) and the Hawker aircraft decided to develop an aircraft around it.

During the design proces, the aircraft was redesigned around the Hawker modified BE 53 which the rear jet was split into two, like the Hawker Sea Hawk, which had a similar arrangement. This lead to the 'four poster' thrust vectoring system in the Harrier. 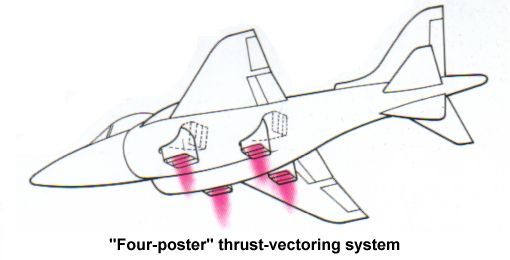 This is the reason, the Harrier had a single engine.

The case of F-35 is different. The F-35 was designed to replace aircraft operated by a number of US services, and as such had conflicting design requirements. At one end, the USAF wanted a conventional fighter while the USMC wanted a VTOL aircraft. The USN requirements were somewhere in the middle.

Lockheed designers decided that the best way to meet these requirements is to have a separate fan for lifting the aircraft in VTOL, which can simply be eliminated in the USAF and USN variants. This led to the lift fan arrangement (eerily similar to the Vertifan arrangement). 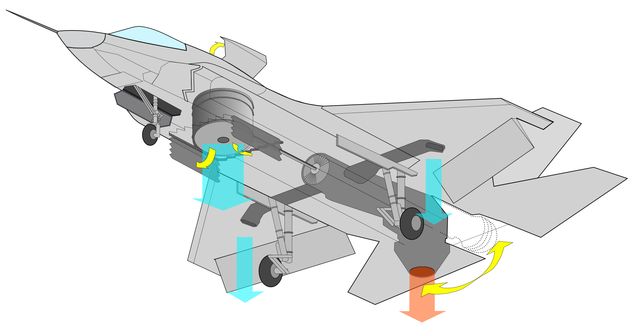 "F-35B Joint Strike Fighter (thrust vectoring nozzle and lift fan)" by Tosaka - Own work. Licensed under CC BY 3.0 via Commons.

So, in case of F-35 the use of a single engine was the best way to meet the requirements. The engine used, the Pratt & Whitney F135 is the most powerful fighter jet engine in service, which helps in making F-35 the first supersonic VTOL aircraft.

Don't forget about the V-22. The V-22 has had problems in the military because two engines may cause different amounts of thrust in each engine, So it may cause a problem.

For example a sudden loss of thrust on one side due to a mechanical issue, surge, FOD, etc. The attitude may end up in a position that does not favor an ejection.

Many VTOL aircraft have two engines: Bell 212, EC135, MH-53. There is even one with three engines, the CH-53E. Yes helicopters are aircraft too. These have all engines drive one propulsion device, and that conveniently means there is no change in the location of the thrust point if an engine fails.

As @Ryatt Broach mentions, the V-22 has a complicated system that allows one engine to drive two rotors, and so does the CH-46. 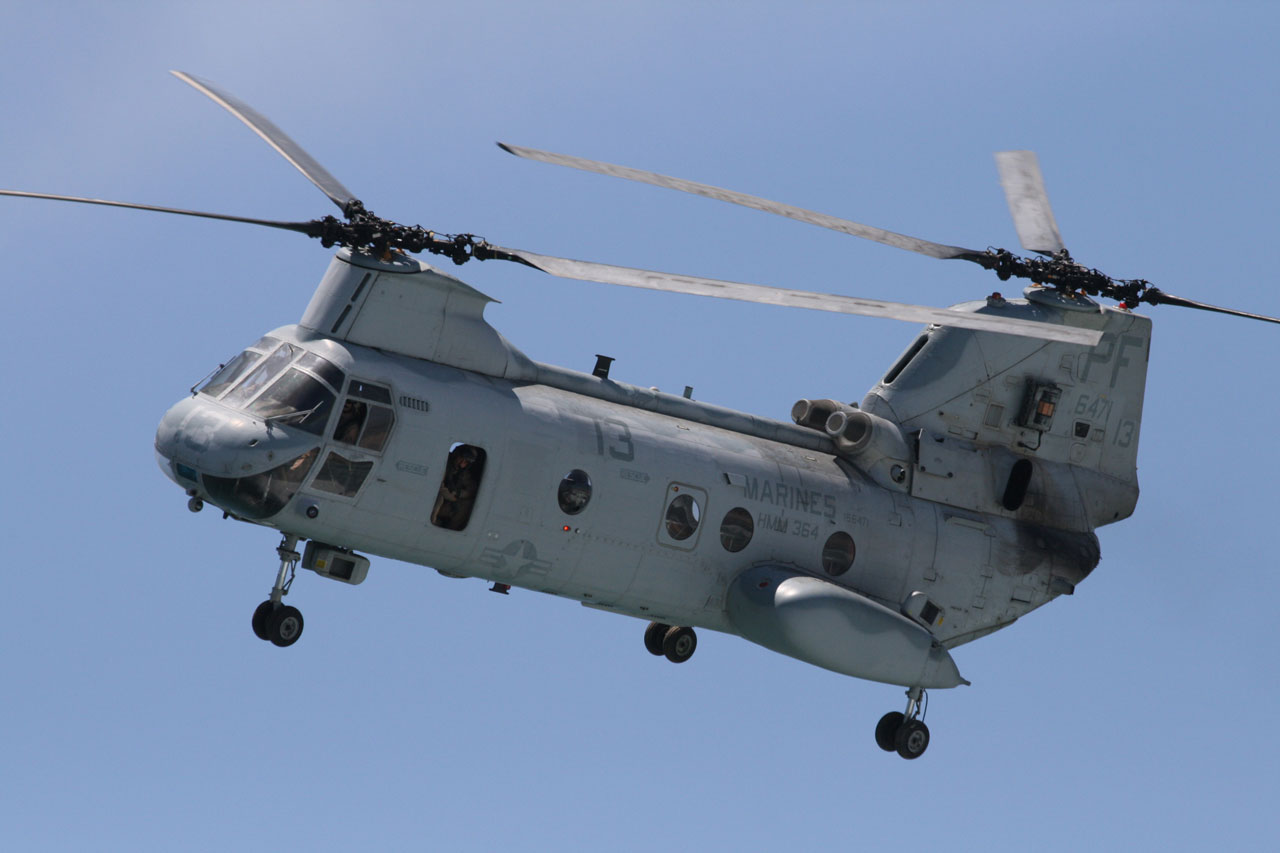 The Harrier could have two engines blow in the one propulsion manifold, and enjoy a bit of redundant propulsion safety as well. But there are a lot of tradeoffs in aircraft design, and the Harrier did pretty well.

Not the answer you're looking for? Browse other questions tagged engine fighter vtol f-35 harrier or ask your own question.

9
How does the F-35's roll posts work, and how does its engine turn down 90 degrees?
1
I need some help to understand the rationales behind some STOVL jet designs, especially the Pegasus-Harrier configuration

17
Why does the Harrier jet have four landing gears?
2
what are the advantages and disadvantages of tilt rotor vs ducted jet engine for a VTOL aircraft?
6
Why didn't we see many VTOL aircraft in the history of aircraft development?
4
What is the difference in VTOL technology between British Aerospace Harrier II and F-35B?
3
Why does the US Marine Corps fly the Harrier, a VTOL or operationally STOVL aircraft?
26
What is the rationale for single engine military aircraft?
3
Why does Harrier have split hot exhaust nozzles?