The F-22 has square nozzles, while the Russian Sukhoi PAK FA has circular nozzles.

There are both 5th generation planes, but with different nozzles, why?

Circular nozzles have these advantages:

Actually, square thrust vectoring nozzles have just one advantage: They can be made to reflect radar waves in a few well-defined directions, while round nozzles will scatter them all around. This makes square nozzles the preferred choice for stealth aircraft, regardless of thrust vectoring.

Engine exhausts of the B-2. Since the B-2 uses four non-afterburing engines, fixed nozzles are used. Their location helps to protect the airplane from detection by infrared (IR) sensors, but makes thrust vectoring impracticable.

Engine nozzles of the YF-23 (picture source). The lower part is longer to shield the hot exhaust against IR sensors from below.

If the goal is to mostly reduce radar reflections in the forward hemisphere of the aircraft, round nozzles can be tolerated. Only when the aircraft needs to be protected from radar-guided missiles fired from behind will the square nozzles give a clear advantage. It seems that the people behind the Sukhoi PAK FA (and other stealth fighters like the Chinese J-20) do not worry so much about this detail.

However, even Lockheed-Martin and Pratt & Whitney now place maneuverability and weight over stealth in their nozzle design for the F-135 engine of the F-35 strike aircraft. Note the serrated edges on all contour steps. This helps to reduce radar returns, but is much less effective than a square nozzle. The benefit is less weight and better maneuverability. 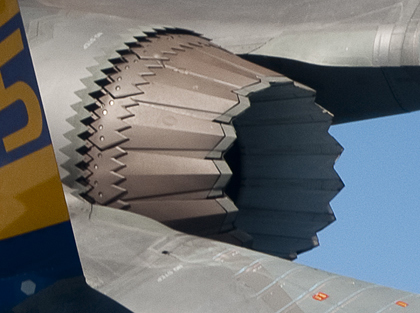 The type of nozzle used in the aircraft depends on the design decisions taken. In short, the designers of F-22 chose stealth over manuverability, while the Sukhoi PAK FA designers went the other way around. 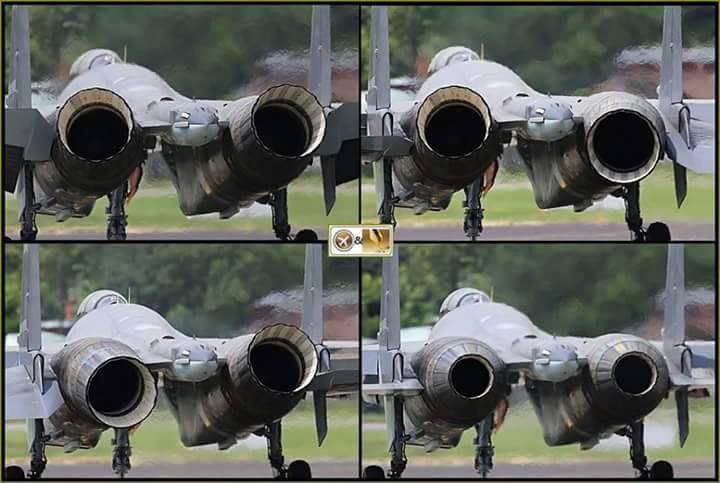 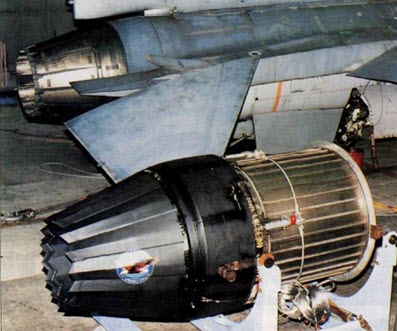 However, according to ausairpower.net analysis of J-20 which uses an engine similar to PAK-FA, 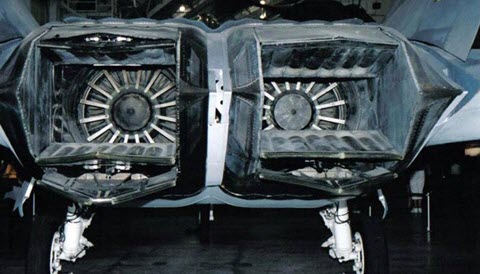 Not the answer you're looking for? Browse other questions tagged jet-engine fighter f-22 or ask your own question.

0
Why do we always use circular nozzles for commercial aircraft engines?
19
Why don't modern fighter aircraft hide their engine exhaust?
5
What is 2D and 3D thrust vectoring?

10
Are strategic bombers still useful, or are fighters taking over this role?
6
What trade-offs are being made in the design of the planform alignment of stealth aircraft?
16
Why is Russian super-maneuverable thrust vectoring more prevalent than American?
11
Why was the Sukhoi Su-47 Berkut never adopted for service?
2
What are the criteria for classifying which generation a fighter aircraft belongs to?
2
Why do jet nozzles close at different rates?
8
What is the purpose of classifying fighters?