What equipment is used by Boeing to convert the F-16 into an unmanned aircraft (QF-16)?

How exactly does this equipment convert the F-16 into an unmanned aircraft?

Is it possible to use this equipment on any other fighter (like the F/A-18 Hornet for example) in order to convert it into an unmanned aircraft?

THE USAF has had a program for converting manned aircraft into unmanned ones for decades. The aircraft used so far include, 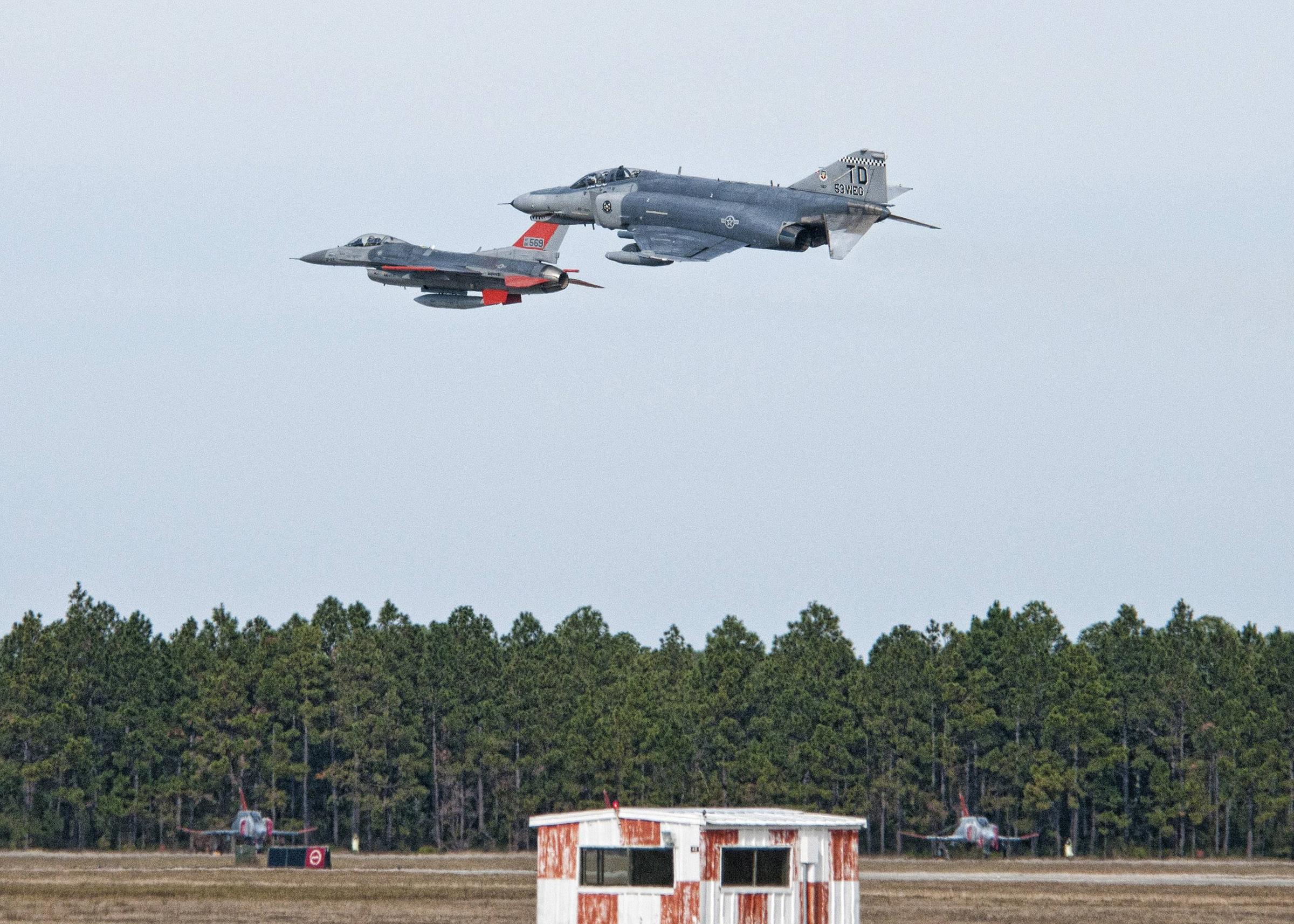 Note that both aircraft are piloted. According to fencecheck.com,

(QF-4s are)..almost always flown with a pilot aboard, unless a weapons launch will occur. Usually he does not touch the controls but stands ready to take over if ground control is lost or the aircraft departs. The pilots fly the aircraft themselves on chase missions and to maintain proficiency.

The QF-16 replaces the QF-4. The conversion of (retired) F-16 to QF-16 involves the following steps: 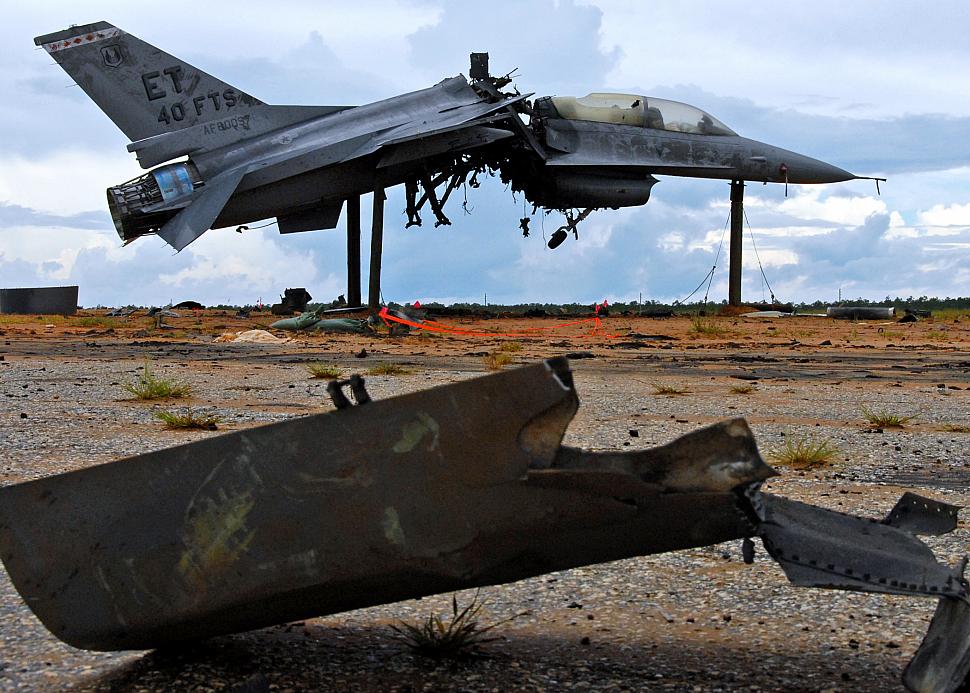 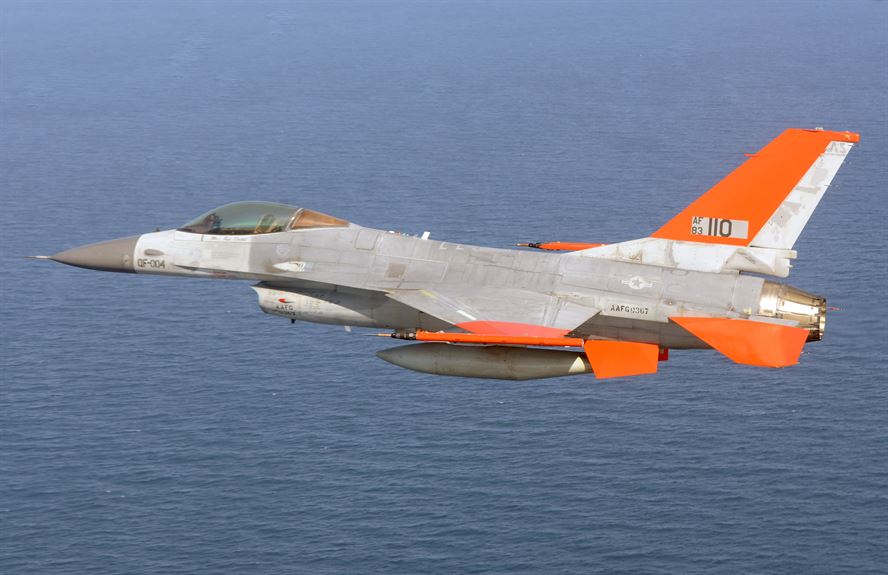 It is possible to convert (any) other aircraft into drones. For fly by wire aircraft like F/A-18, only the software portion will change, but it is a minor thing.

I doubt it would be possible to give you a detailed and specific answer to this question (with a components list and such) - the US government and military contractors generally don't divulge complete plans and schematics for aircraft/modifications in active service.

In basic theory however, I can tell you that the F-16 is a fly-by-wire aircraft. Much like an Airbus aircraft, all flight controls are actually manipulated by the on-board computers, and the pilot is just telling the computer what they would like the plane to do.

Because it's a fly-by-wire aircraft all that's really needed to turn it into an unmanned aircraft is to change the source of the "pilot input" from a control stick and throttle handle to a radio receiver that's getting commands from the ground, effectively turning it into the world's most expensive RC aircraft. Presumably there are also failsafes in the event the control uplink is lost, and at least some basic security protocols to prevent someone else from sending commands to the system.

In the case of the QF-16 (which is designed to serve as a target drone for aerial combat training) not much more needs to go into the design - it doesn't need extensive fire control capability for example. It also gets some other features added which are designed to aid in scoring training exercises (determining the accuracy of the aircraft attacking the target drone).
If it were to go into a combat role it would require those features as well, and probably substantially more work in securing the control uplink so an enemy can't disrupt (or worse, hijack) control of the aircraft.

As to what would have to go into another aircraft to make it unmanned, that depends on the aircraft. Obviously the control uplink has to be installed so you can communicate with it from the ground. Control system modifications may be required as well, particularly if the aircraft is not "fly-by-wire" computer-controlled (the QF-4, which was the QF-16's immediate predecessor based on the F-4 phantom, likely required servos to operate the throttle and other flight controls).

Check out this article from Flightglobal on the Loyal Wingman program:

It looks like Boeing and Lockheed Martin are in a position to provide a drop-in solution whereby you swap out a couple of LRUs (Line-Replaceable Units) and bang! You turned your aging manned combat platforms into an unmanned expanded magazine for your manned platforms. The QF-16 costs just over $1,000,000 for the conversion.

Given the size of legacy F-16 and F/A-18 fleets this seems like a practical solution for countries with constrained military budgets.

Not the answer you're looking for? Browse other questions tagged unmanned-aerial-vehicle fighter f-16 or ask your own question.

0
Is there any reason in principle that large aircraft couldn't be converted to be controlled remotely?

34
What are these boxes built into the tails of some fighters?
111
Why is the maximum speed of current fighter aircraft lower than those from the 1960's and 1970's?
5
What are the rules in UK law on carrying dangerous goods on drones?
3
How do small unmanned fixed wing aircraft protect themselves against lightning strikes?
4
Does the ICAO definition of an “aircraft” include a minimum altitude capability?
7
Are there any plans to make the QF-16 into a drone for actual combat missions, or a fully autonomous fighter?
25
What is the rationale for single engine military aircraft?