Does the Fokker 70/100 Flight Management Computer really contain the ability to play Pong?

Does this feature really exist?

Update: Thanks for the input. I was fairly certain it was fake but couldn't find the error. It also provoked some interesting software debate :)

After that testing is done by another group/person who's certified by the regulatory authority. It is very very difficult and downright dangerous to have this kind of codes in flight critical system software.

Also, as BowlOfRed says, there is a point in the video where the finger (of copilot?) goes behind the screen. 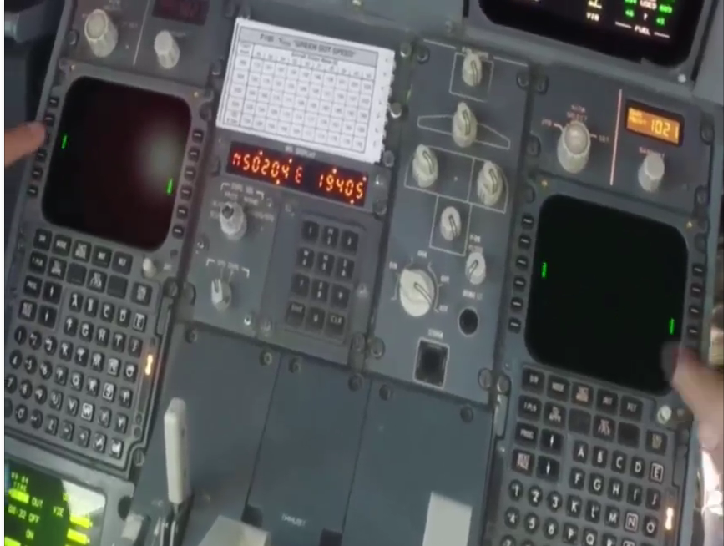 Also, from the clip, it appears that the two 'players' predict each other's moves pretty accurately. I'm not very sure if that's the way it is played, but I doubt it.

Of course, to prove that something is impossible is not possible, but I'm quite certain that the clip is a fake.

An (The!) acceptable means of compliance to FAR/CS 23/25.1309 is DO-178. Airborne software is developed to meet a Design Assurance Level (DAL) which is derived from the aircraft level Functional Hazard Analysis and Preliminary System Safety Assessment (see SAE ARP 4761).

Every FMC/FMS I've every worked on has been DAL C which means that the failure is 'Major' defined as the "failure is significant, but has a lesser impact than a Hazardous failure (for example, leads to passenger discomfort rather than injuries) or significantly increases crew workload (safety related)".

For DAL C development, independence is only required for meeting the Software QA aspect. The software verification activity does not have to independent of the developer. However, for DAL C code, there is a requirement to complete full statement structural coverage, i.e. structure has to be tested at least once during the formal verification testing (i.e a decision has to be tested true OR false, not true AND false).

Therefore the Software Verification Cases and Procedures (SVCP) would have to have had a test for the pong game in or else structural coverage would have shown the code to be 'Dead Code' and it would have to be removed.

The certification authority (FAA, EASA or otherwise) would not typically review the SVCP or the results (SVR).

The unit will also, most likely, have a Technical Standard Order (TSO) approval but as long as the performance requirements are met for the applicable TSO (e.g. TSO-C115c) the approval will be granted.

Not the answer you're looking for? Browse other questions tagged fms fokker-100 or ask your own question.