What is a canard?

While browsing this Stack Exchange, I regularly come across mentions of canards. I am not familiar with this term, and Google only gives information about ducks when I search for "canard". So, what is a canard?

also : a small airfoil in front of the wing of an aircraft that can increase the aircraft's performance

The reason why it is called a canard (French for duck) has to do with the wing location. From Flying Magazine Jan 1982:

This is called a canard, from the French word for duck; with its long neck, a duck appears to have set its wing towards the rear of the fuselage.

The photo below shows the canard in front of the main wing of SU 30 MKI. 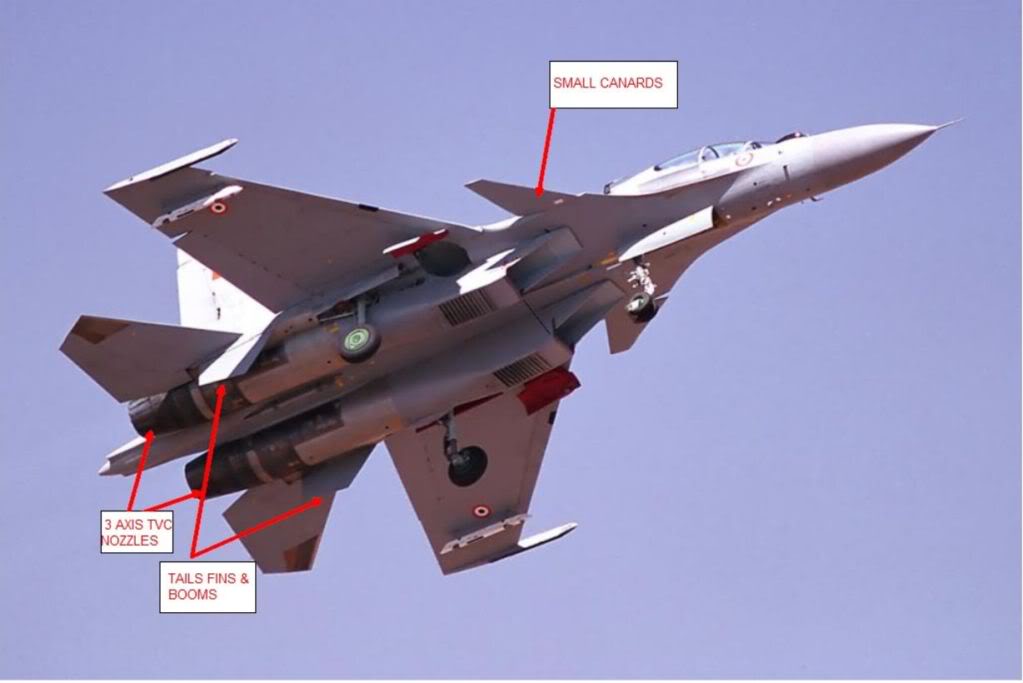 The canards have been used in aircraft for a long time. infact, the first aircraft, the Wright Flyer was a canard biplane. 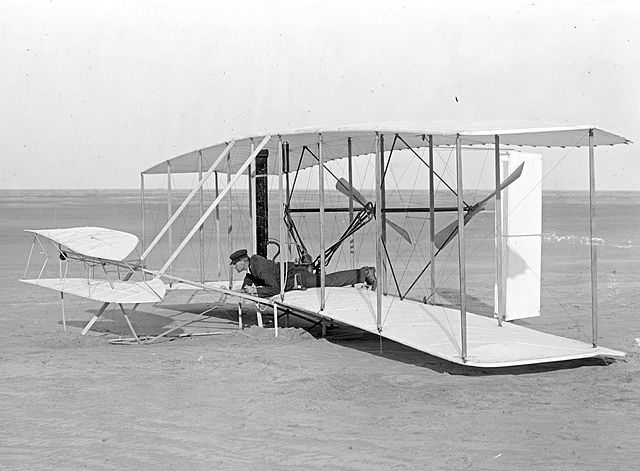 The period from WWI to WWII saw the 'conventional' configuration with horizontal tail dominate the aircraft design. The canard configuration was not revived until the jet age by the European manufacturers, starting with Saab Viggen. 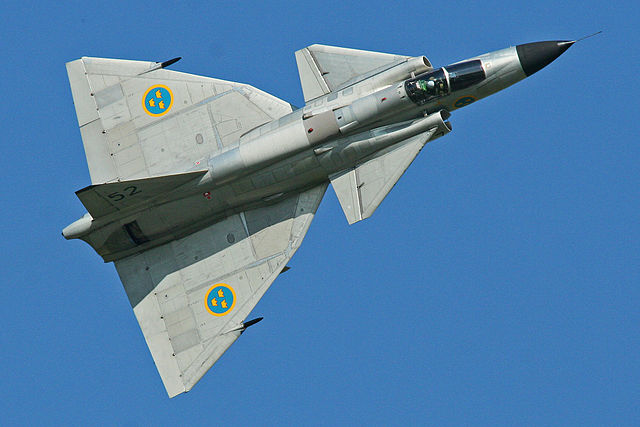 The canard configuration is used in almost all European fighter Designs, as they have more or less exclusively turned towards tailless delta configurations.

Also, a number of super-maneuverable aircraft use canards as the control authority is larger for unstable canard aircraft at high $C_{L}$ than for unstable aft-tail designs. The photo below shows the canards in F-15 ACTIVE 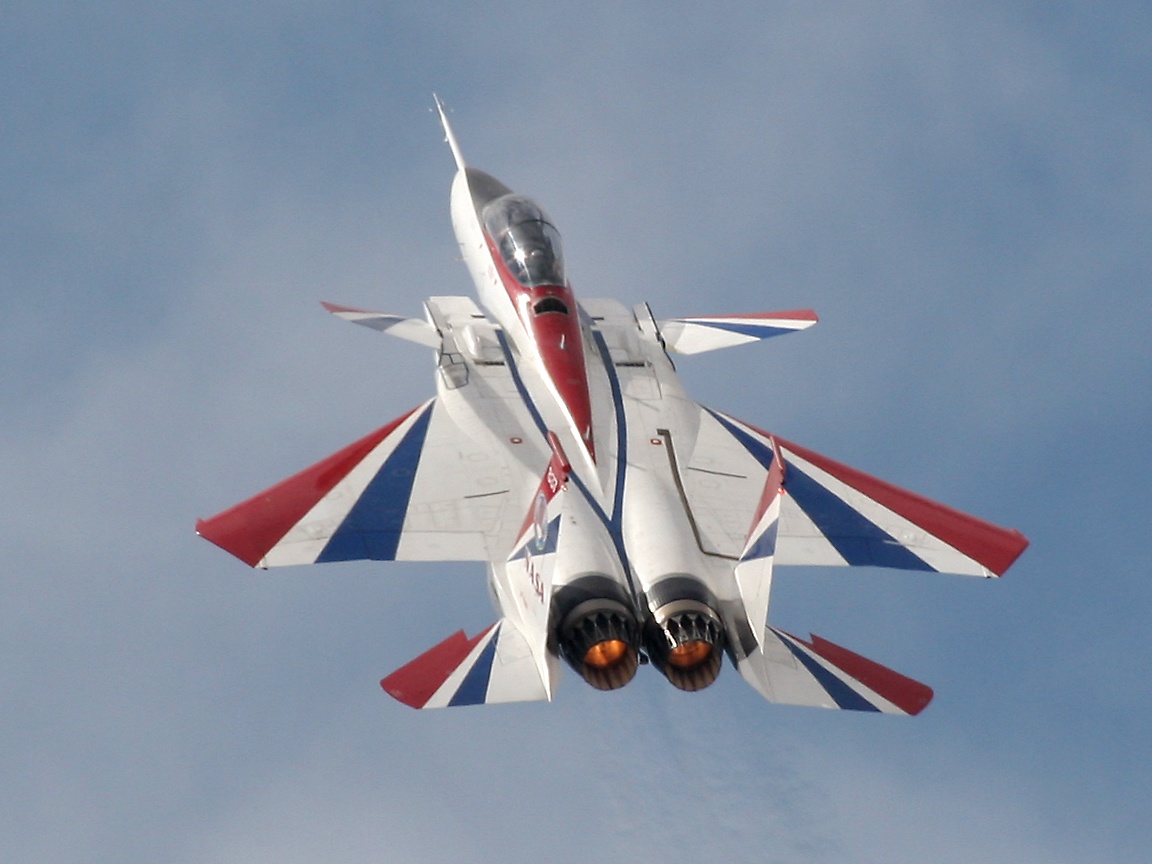 Your Google search has apparently had too much wine and can only speak French :)
The relevant dictionary definition is:

A picture, however, is worth all of dictionary.com: 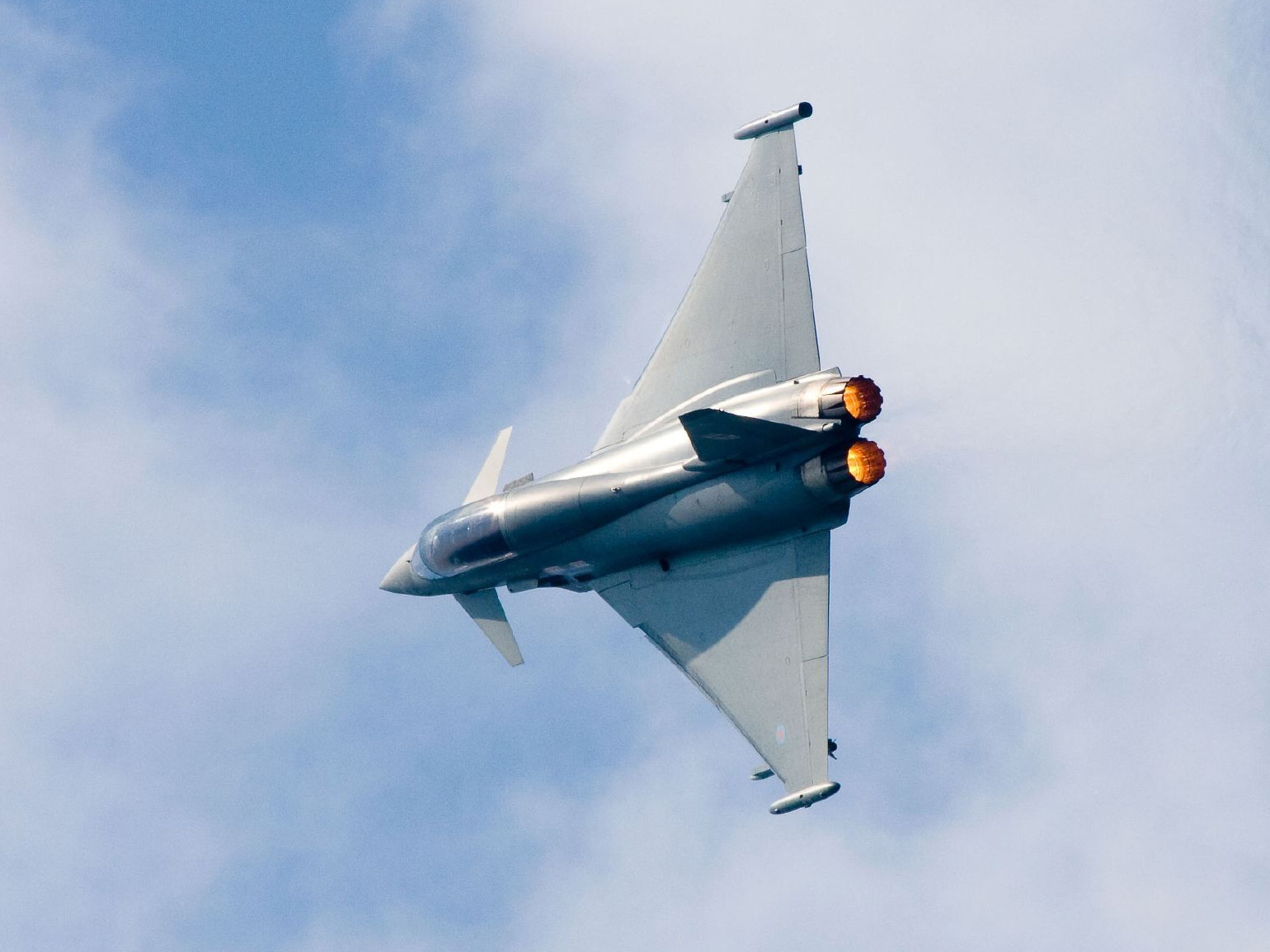 A canard can mean both, the horizontal control surface placed at the forward end of an airplane and the whole airplane of this configuration itself. Also, the term canard configuration is used to distinguish it from a conventional configuration.

The term comes indeed from the French word for ducks, since they also have a relatively rear wing location when they stretch out their necks in flight. 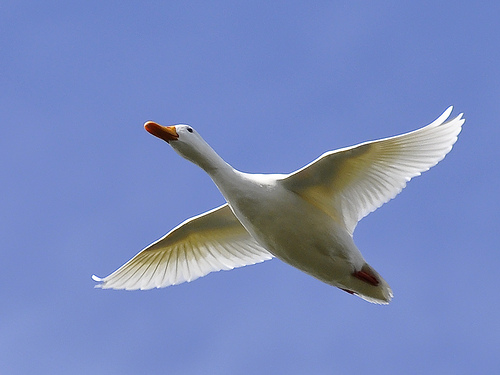 The airplanes built by the Wright Brothers were canards, as was the first all-metal airplane: 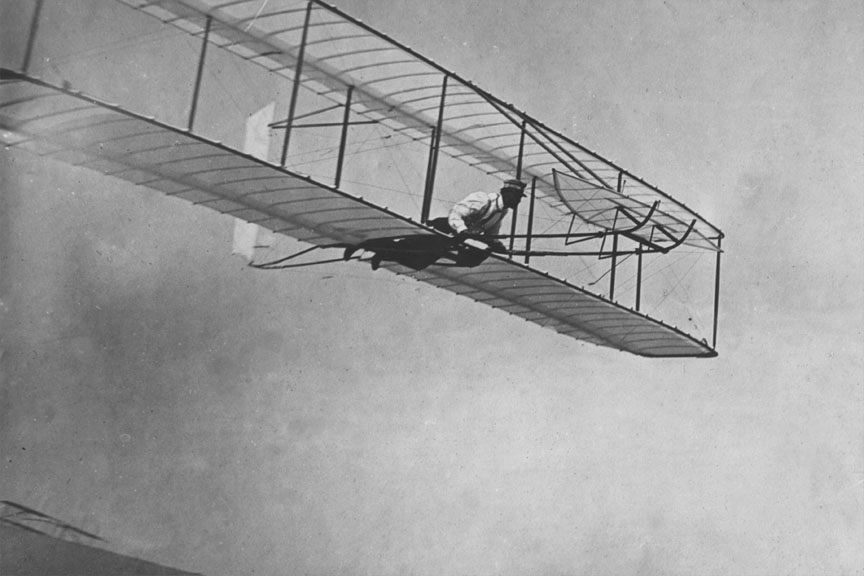 A more modern example is the Speed Canard, which even uses this term in its name. Flying direction is to the right: 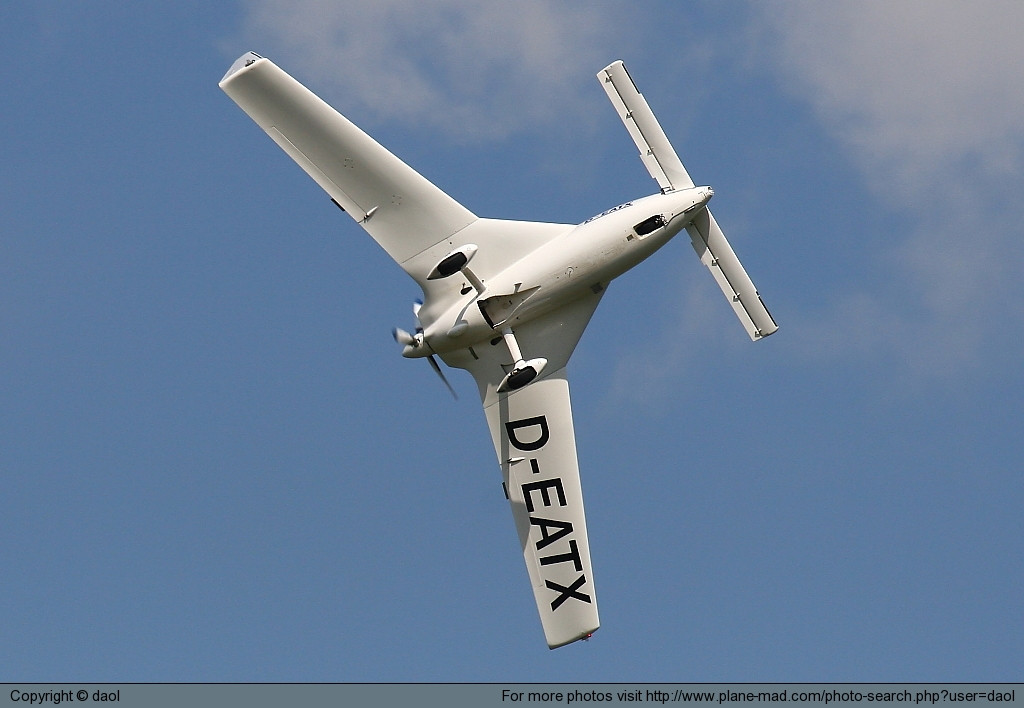 The expression is shorthand for canard wing(s), small lifting surfaces mounted in front of the main wings on certain planes.

Incidentally, many (all?) current European fighter jets have this configuration, and you may therefore occasionally see references to "Euro-canards" as a general group of European-developed fighter jets, such as Eurofighter Typhoon, SAAB Gripen and Dassault Rafale.

The picture below shows the configuration clearly on a SAAB Gripen (Image source). 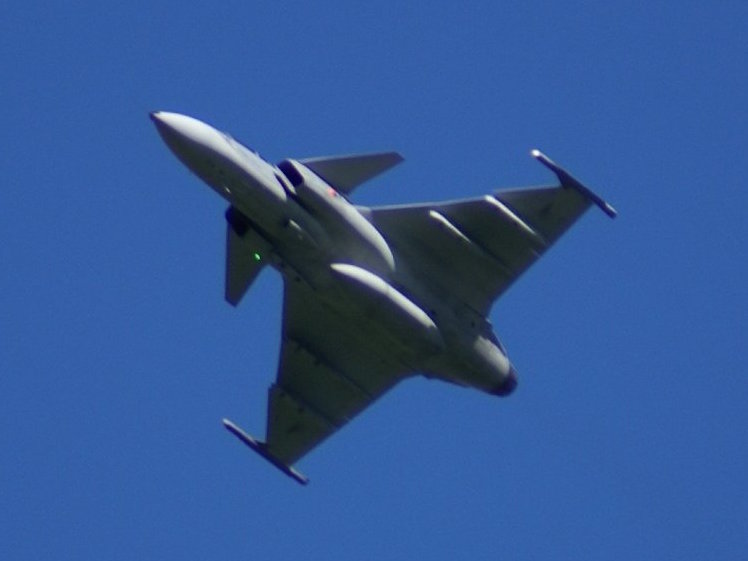 Not the answer you're looking for? Browse other questions tagged terminology canard .

37
Why did the Junkers Ju-52 have corrugated external surfaces?
8
Can a plane with 2 sets of shorter wings fly?
10
What advantages come with the wing on the Boeing Bird of Prey?
8
Is the Suntoucher CG too far aft?
2
Do horizontal stabilisers provide any lift?
5
Who invented the canard wing?
2
Does it make sense to use a canard in combination with a conventional aft elevator control surface?
2
What is the purpose of a small wing near the cockpit on the front of some planes?

4
Are canards useful for ultra low flying aircraft?
3
What's the difference between aquaplane and hydroplane?
4
What is a "natural flight loop"?
5
Why aren’t there any lifting-canard airliners?
4
Identify canard, low-wing, single pusher-prop plane over Upstate NY
10
Why do some canard aircraft have dihedral on their canards?
4
Why is a canard configuration more Structurally efficient for Rutan's Voyager?
27
At what point does an aircraft become an airliner?
2
What can be approach of balancing canard glider model?