How does a fighter jet perform good and quick maneuvers with such small wings?

Fighter jets like the F-16, F-15, etc. have wings smaller than the length of the fuselage and can perform great maneuvers very quickly while an airliner with a long wingspan takes a lot of time to perform these kind of maneuvers. How does a short wingspan on a fighter jet perform such great maneuvers?

Fighter (combat) aircraft are designed to perform quick maneuvers in order to get into a position quickly to engage and shoot down an enemy aircraft or evade incoming threats (like missiles, etc.). Civil aircraft like airliners are designed with other things in mind like comfort, safety, reduced fuel consumption, etc.

The wings are only a part of the story in performing maneuvers like those performed in air combat maneuvering, which depends on a number of aircraft characteristics like, 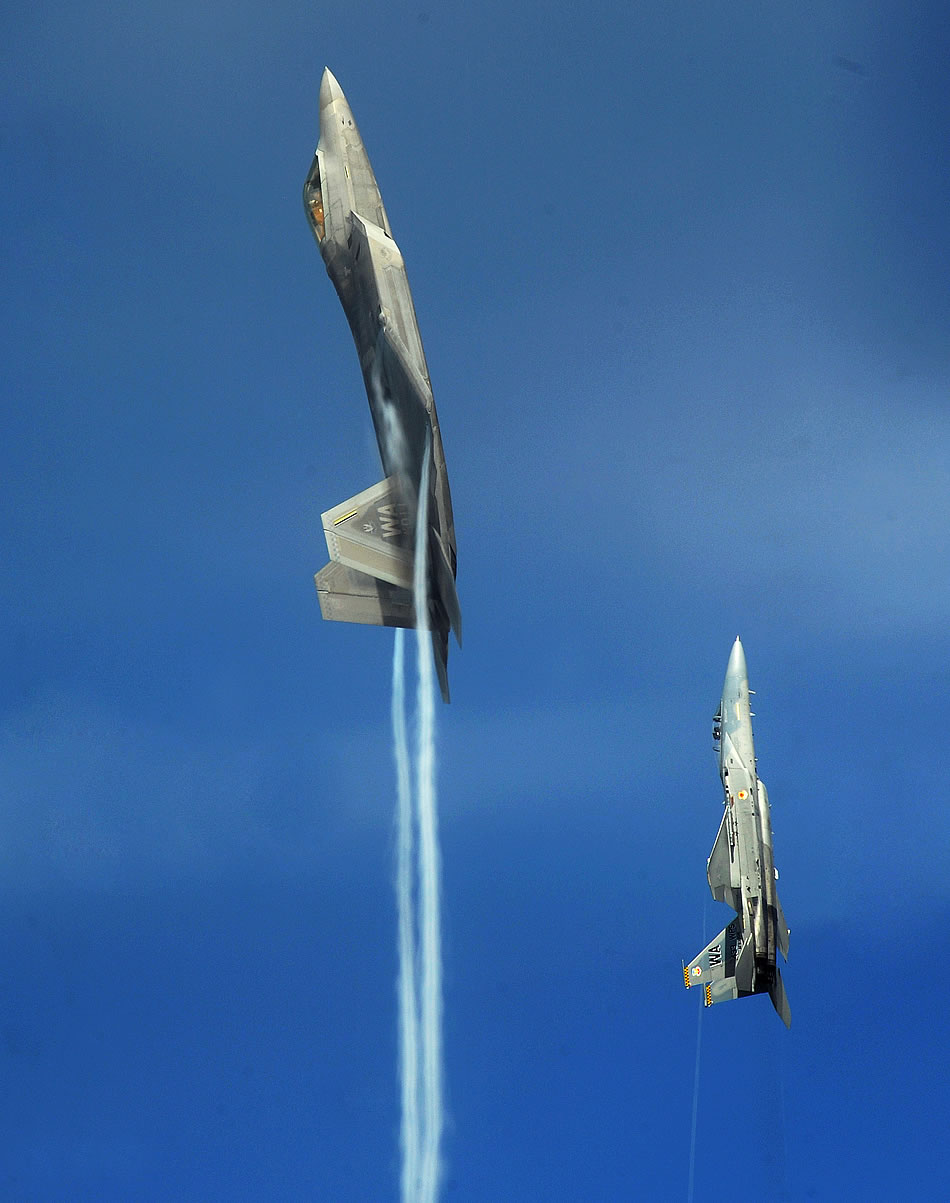 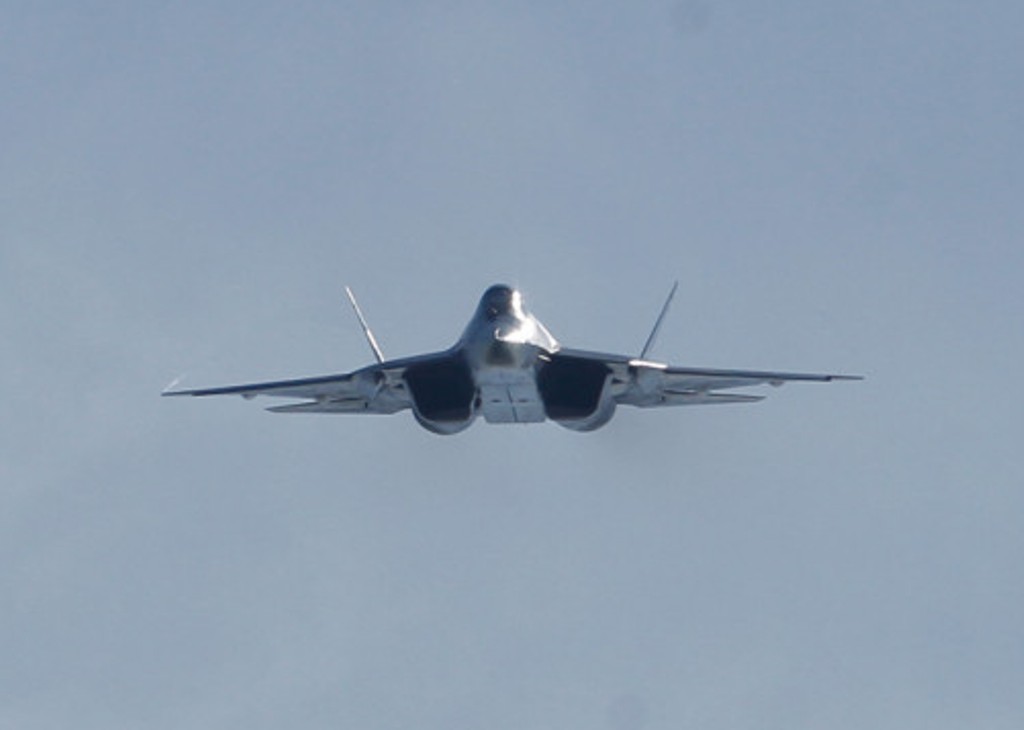 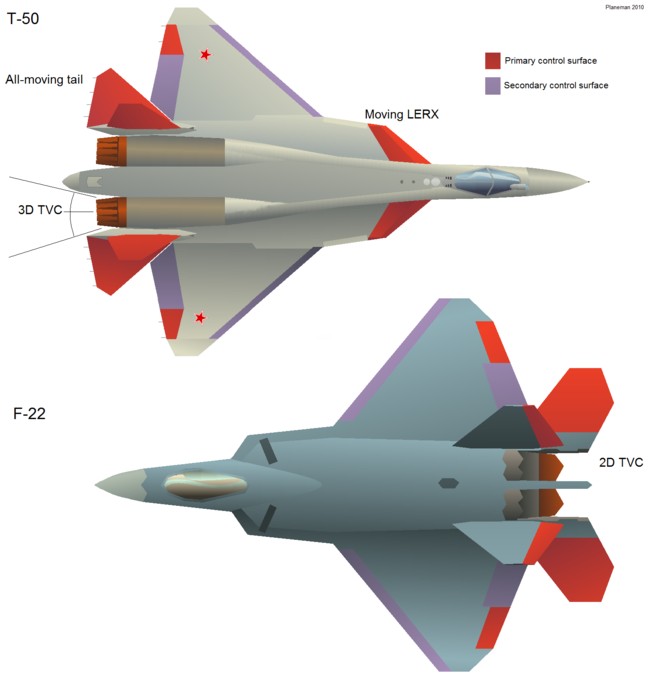 Due to these reasons, the fighter aircraft are able to perform maneuvers much better and faster compared to airliners.

Wingspan and maneuverability are not necessarily closely linked. Important factors that affect maneuverability are mass and thrust, which can be combined into a thrust to weight ratio, and also wing loading, which does relate to the size of the wings.

The combined effect of increased thrust to weight ratio and reduced wing loading means a fighter jet is a very different kind of plane from a passenger liner.

Finally, regarding wing loading, on many fighter jets starting in the 1970s, the body also partly acts as part of the wing area. Notice that modern fighter fuselages do not have the cylindrical or ellipsoidal cross-sections that you see on a passenger liner. This design style further separates wingspan from maneuverability.

Fighters and aerobatic aircraft have large control surfaces (ailerons, elevators, rudders, elvons, stabilators, etc) as it is control surfaces and not the wings themselves which cause the attitude changes which maneuver the airplane.

Wingspan and maneuverability are definitely not related. Thrust to weight ratio and wing loading plays a vital role.

Traditional aircraft maneuvering is accomplished by altering the flow of air passing over the control surfaces of the aircraft—the ailerons, elevators, flaps, air brakes and rudder.

Here is a picture of supermaneuverability of a jet fighter:

Supermaneuverability is the ability of aircraft to have control and do maneuvers in situations and in the ways exceeding that which is possible by pure aerodynamic mechanisms. This ability was first introduced in the Russian Sukhoi Su-27 and Mikoyan MiG-29 fighter aircraft in the 1980s, which has since become a standard in their advanced 4th and 5th generation aircraft.

Lift is proportional to wing area, not just wingspan.

Fighter jets typically have narrow wings (as you noted), but they run most of the length of the fuselage (low aspect ratio). Larger slower-moving planes typically have long skinny wings.

Low aspect ratio wings are usually used on fighter aircraft, not only for the higher roll rates, but especially for longer chord and thinner airfoils involved in supersonic flight.
-- wikipedia's Aspect Ratio article

Many jet fighters, esp. the F15 as noted in several answer, generate lift from the fuselage, significantly increasing effective wing area. The entire wingtip-to-wingtip span is wing, because there's no non-wing fuselage in the middle.

So even though the premise of the question is somewhat flawed, there are reasons:

I'm not sure if fighter jets have more or less wing area per mass than larger craft. It's reasonable to assume they have less area per nose-to-tail length, though, because mass increases with the size3, while surface area increases with size2.

Compared to a big plane, 1/2 length -> 1/8th mass, requiring only 1/8th wing surface area, not the 1/4 area you'd have from a proportional scale-model.

To turn, you need to get the entire mass of the plane moving in a different direction. To pull into a loop, you not only need to change attitude quickly (large control surfaces); you also need lift from the increased angle of attack to change the plane's motion vector. (With large control surfaces but not enough lift, you pitch up but keep moving horizontally, and stall).

"Enough lift" depends on the mass of the plane, because $F = m a$. Keeping proportions the same, a larger plane would have less lift per mass, because of the cube vs square issue.

Another important factor is speed. The faster a plane is moving, the more extra lift for you gain from pitching up. The faster you're going, the more air you can push on per wing area. At high speed, you don't need as much wing area to produce the max ~9G of acceleration a pilot can handle.

In terms of turning-radius, this is more than cancelled out by the centripetal force needed for a constant-radius turn increasing quadratically with speed. (Thanks @Todd for catching this). Degrees-per-second (angular velocity, ω) is similarly not helped by moving faster, once you're going fast enough to make a max-G-force manoeuvre.

So at speeds fast enough for max acceleration to be the limiting factor, turn rate ~= 1/v. At lower speeds, where achievable $a$ increases ~linearly with speed, ω is about the same at any speed up to $a = 9G$. High thrust is needed to overcome the high drag of high lift / high angle-of-attack turning.

Small planes also make it easier to make wings strong enough to not snap them off at a high angle of attack (difference between heading and facing, whether it's in the vertical plane, or turning horizontally after rolling to near 90 degrees.) Low aspect ratio wings spread the load over a longer attachment point with the fuselage, helping with this.

In a high angle-of-attack, the engines are contributing some of the necessary centripetal force to bend the plane's momentum vector, because they're pushing the plane in the new direction, not just along its current trajectory.

So combining all these factors, fighter jets get a lot out of their wings by moving fast, having sturdy wings that can take high loads, and by being light so the wings don't have as much mass to turn.

Appropriately sized control surfaces are obviously a requirement, to hold a figher jet in a high-angle-of-attack turn.

I think vectored thrust contributes mostly in this area. In a (non-inverted) loop, a jet would have its thrust vectored upward, along with the elevators, pushing the tail down. This means less thrust is contributing to centripetal force; instead it's helping to hold the plane in a higher angle of attack so the wings can pull the plane in a tighter loop.

I'm sure there are some mistakes here, since I don't actually design airplanes, or even fly them outside of video games. I'm just applying simple physics and making stuff up. It looks like a lot of what I said is pretty much what wing loading is.

Fighters have greater accelration (whether linear or rotational), because their force-to-mass ratio is greater than for an airliner. Simple physics.

In the glider community it's been known since the early ages that a longer wingspan decreases maneuverability: gliders with a larger wingspan are more "lazy" with the ailerons.

Of course it is not the only factor, and as wing design has evolved into more sophisticated airfoils, the effect is less noticeable than it used to be in the past.

Not the answer you're looking for? Browse other questions tagged aerodynamics aircraft-performance wing fighter jet or ask your own question.

5
What is 2D and 3D thrust vectoring?

120
How do jet fighters get to war?
27
Why do some fighter jets have two pilots while others have only one?
21
How do combat jets know when to launch flares to counter IR missiles?
8
Why does the F-22's wing give it such great maneuverability?
5
What is the minimum speed for a scale-model of a modern commercial aircraft to fly?
2
Does using wings with different wing loadings work the same as a swing wing, without swinging the wing?
3
How does fuel economy quantitatively depend on altitude for a jet?