What are these parts on the wing of a Boeing 737? 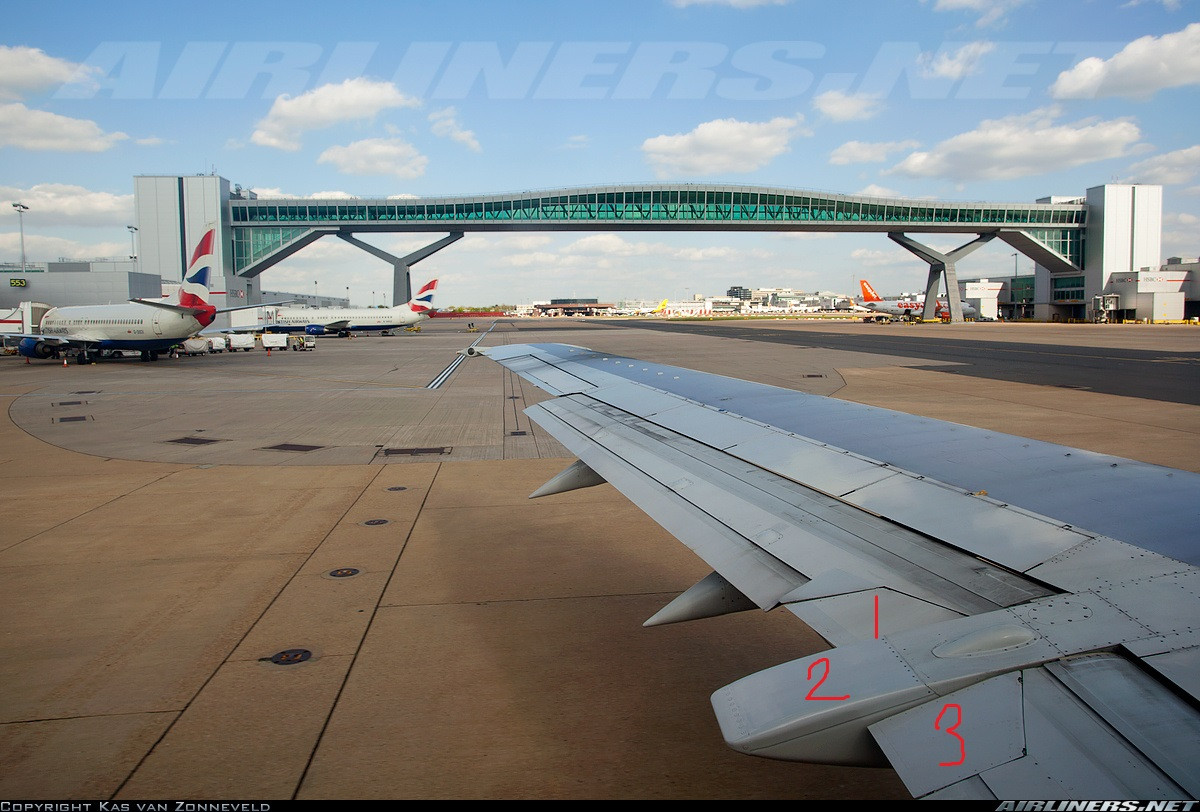 In the picture above:

I try to improve on the guesswork of @aeroalias. Here we go:

Parts 1 and 3 are the two exhaust gates on either side of the aft engine fairing, which is part number 2. For a reference, see The Boeing 737 Technical Guide, page 116, by Chris Brady (Google Books link).

The flap actuation mechanism is quite a bit ahead of the flaps, and the same goes for the spoilers.

The engine on the Boeing 737 is placed very close to the wing, so the flaps would sink into the jet blast when lowered to the landing position. This would cause high vibrational and thermal loads on the flaps next to the engine exhaust, especially when the pilot increases thrust in landing configuration for a go-around. To protect the flaps, the exhaust gates were added so this part of the flap does not extend down as much as the rest of the wing flaps. 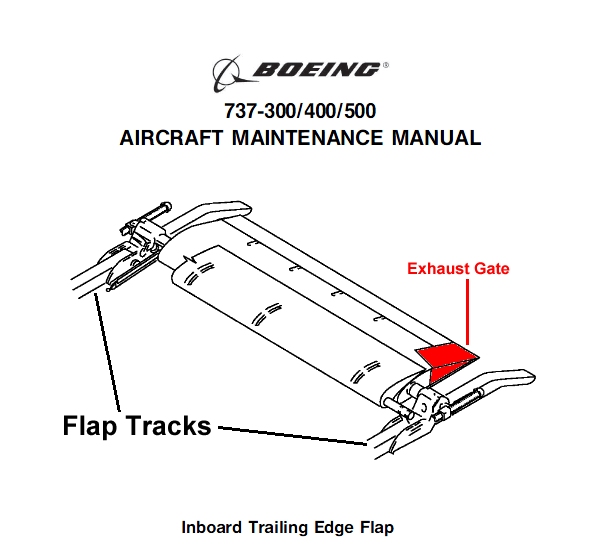 Drawing of the inboard wing flap of the Boeing 737-300/400/500. The inboard flap track sits within the wing root fairing, and the outer track sits in the aft engine fairing (picture source).

Numbers 1 and 3 are exhaust gates to prevent damage to flaps due to engine exhaust (thanks to Peter Kämpf). Here they are in deployed condition. 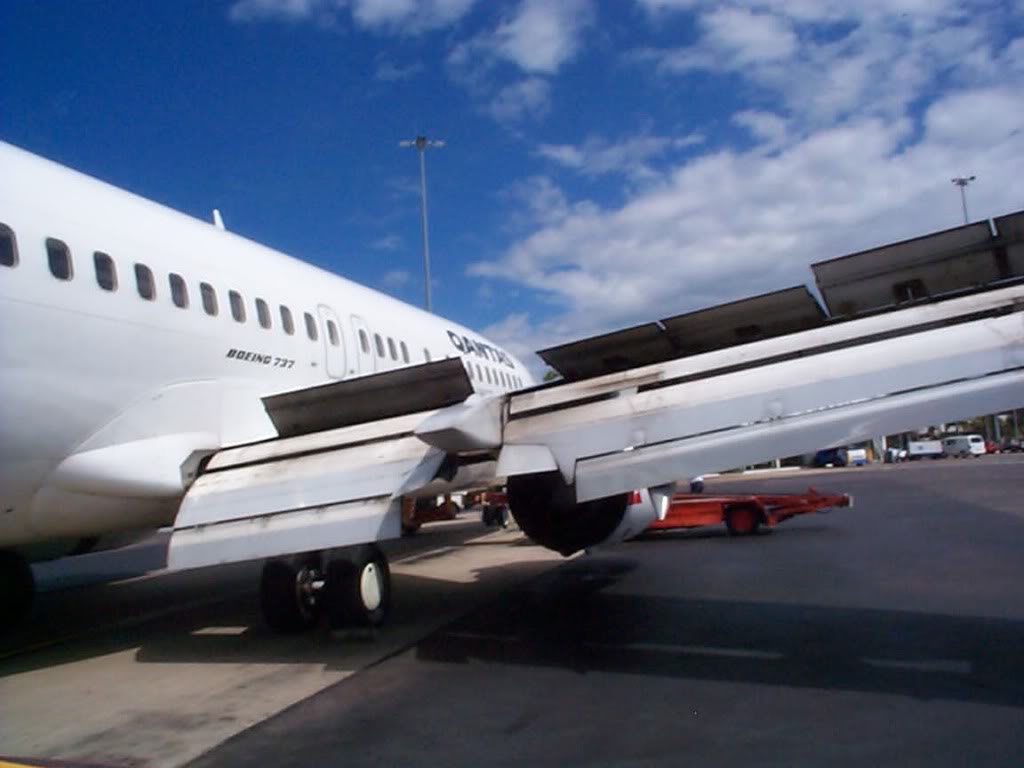 Number 2 is the flap track fairing. it contains the flap operating mechanism.

The same thing, from bottom: 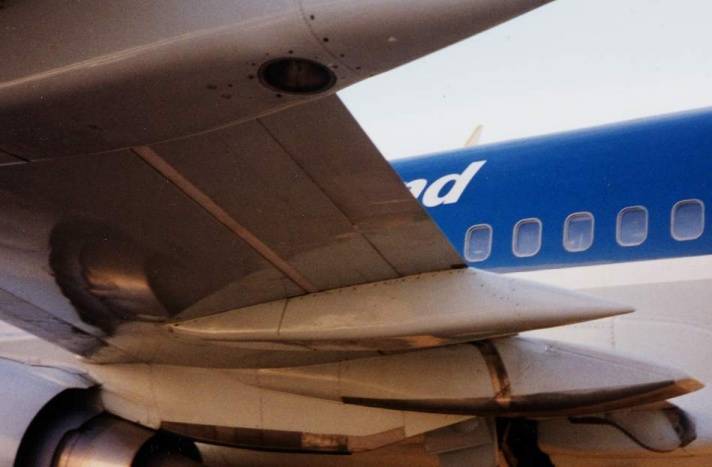 Not the answer you're looking for? Browse other questions tagged wing boeing-737 or ask your own question.

20
Why is the trailing edge sweep angle smaller at the wing root?
19
Why are Stratolaunch's engines so far forward?
10
How do you choose engine placement for under wings engines?
13
When Boeing designed the 737NG, what factors influenced the change in the flap system?
0
On large aircraft, why do flaperons not run the full length?