How does an A330 detect stall without airspeed?

On Air France 447 the crew had experienced complete failure of the pitot static system, which meant they lost their readings on their airspeed indicators, but according to the Mayday / Air Crash Investigations episode the aircraft had detected that the plane was about to enter an aerodynamic stall and the stall warning systems were activated just before the crash.

How did the A330 in question detect that the plane was on the verge of stalling without the airspeed indicators working?

Stalls occur based on a wing's angle of attack rather than the aircraft's airspeed. (In fact, one of the basic facts that all pilots learn in their initial training is that an airplane can stall at any airspeed). The A330 measures angle of attack using vanes mounted on the fuselage: 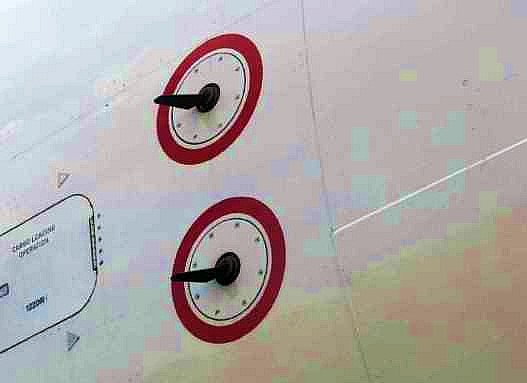 However, below 60 knots, these vanes become ineffective. During the AF447 accident, the stall warning only engaged intermittently because the computers detected that the airspeed readings from the blocked pitot tubes were invalid, and therefore silenced the stall warning system.

Furthermore, because of the lack of valid airspeed data, AF447 was no longer in normal law (and therefore had no automated angle-of-attack protection), a fact which the pilots may not have been aware of. By the time the deicing equipment had cleared the pitot tubes, the aircraft was at such an extreme pitch that airspeed indications were still considered invalid, and the stall warning system did not activate. The computers only activated the stall warning system when the crew pitched down, which brought valid airspeed data back into the cockpit.

An Airbus press release suggests that this may have contributed to the accident:

We also note that the aircraft, or more specifically the design of the stalling warning system, misled the pilots: each time they reacted appropriately, the alarm triggered inside the cockpit, as though they were reacting wrongly. Conversely, each time the pilots pitched up the plane, the alarm shut off, preventing a proper diagnosis of the situation.

Aircraft can stall at any airspeed, the only real indicator for a stall is an angle of attack indicator. This is because weight, icing, flaps, G-forces being pulled, and speed all effect the aircraft's stall speed.

To backup flyingfisch, the angle of attack (AoA) sensor is the only sensor used to determine aural stall warning. The AoA sensors were operating correctly in the case of AF447. The failure mode of sensors due to ice crystal icing is typically limited to those probes which collect by way of geometry such as pitot and TAT probes. Static ports and alpha probes seem unaffected. The aural Stall warning system in Alternate law is purely a limit AoA, and that limit is primarily determined by Mach; it reduces significantly at high mach due to compressibility.

For AF447, the stall warnings stopped when the limit of the AoA probes were exceeded. This was presumably due to a validity checking algorithm of the system to discount extreme AoA beyond which an airliner would never conceivably achieve in its lifetime whilst airborne. Although in their case, that AoA was actually correct and the aural stall warning should never have ceased. As AoA probes become increasingly inaccurate beyond certain angles, some manufacturer s choose to temporarily derive AoA from other sources such as inertials.

Not the answer you're looking for? Browse other questions tagged flight-instruments stall pitot-static airbus-a330 af447-accident or ask your own question.

4
What could these possibly incorrectly translated numbers for aircraft speed have been?
13
Is stall recovery training mandatory for Airbus pilots?
4
Why does Airbus suppress stall warnings in certain situations?
4
Why disable stall warning based only on low airspeed, rather than multiple criteria?
1
Which company manufactures the air data system on the Boeing 787-9 'Dreamliner'
1
How do aircraft stall warning systems handle (or not) asymmetric-stall situations?
6
Why is the A330/A340's angle-of-attack protection disabled in alternate law, even if the AoA vanes are operating normally?
11
Why did AF447 never return to normal law?
10
What does the autopilot do if activated in a stall condition?