How do the Tiger Moth's anti-spin strakes work?

As originally designed, the DH.82 Tiger Moth had unpredictable spin characteristics. Many aircraft were lost because spin recovery took too long (i.e. too much loss of height). Many examples of the type have been retrofitted with anti-spin strakes, which extend forward along the top of the fuselage from the empennage. It's shown here on two DH.82a's.

The anti-spin strakes don't prevent spinning completely, but they make the spin more manageable and more predictable. Some operators of the type nowadays haven't added the strakes, because they have found their aircraft to behave itself in the spin even unmodified. There's a theory that the unpredictability of the type was the result of variations in material and construction quality in wartime.

How do the strakes help? What aerodynamic effect causes them to help spin recovery?

The vertical tail of the Tiger Moth is located a bit aft of the horizontal tail due to its sweep, such that the vertical will be in the wake of the root of the horizontal in a typical spin attitude (around 45° angle of attack). I would strongly recommend to fit the aluminium anti-spin strakes - those pilots who had no problem without them flew the Moth at a forward location of the center of gravity, which helps to end the spin. A lighter forward passenger/pilot will make the aircraft behave a lot differently; in spins small differences can translate in a markedly changed spin behavior. 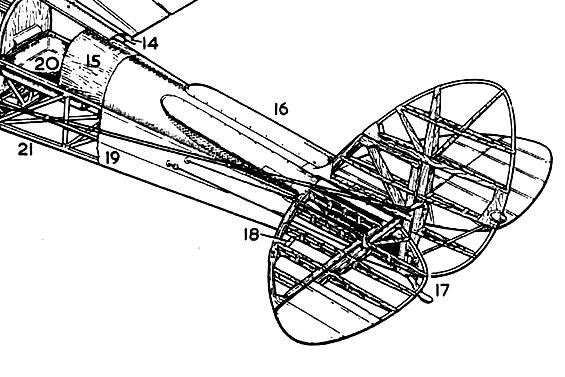 Cut-away drawing of the Tiger Moth's tail. The anti-spin strakes are the parts marked 16.

A spin can be ended in two ways: Either the rotation rate is stopped by neutral rudder or a rudder deflection against the spin, or the separated flow on the wing is reduced by pitching down. The first way works better for aircraft with long fuselages and low wing span, and the second is preferred in aircraft with big wings like gliders. In the end, a combination of both works best and some aircraft need their own technique to end a spin safely.

Generally, it helps to have as much of the vertical tail exposed to undisturbed airflow as possible. Ventral fins are a tremendous help in upright spins but useless in inverted spins. Strakes or fillets ahead of the vertical tail are very effective, especially in fast spins when the angle of sideslip at the tail is high. In the 1930s, Arado in Germany built a range of airplanes where the vertical tail was positioned ahead of the horizontal tail, for the express purpose of making spins easier to end. 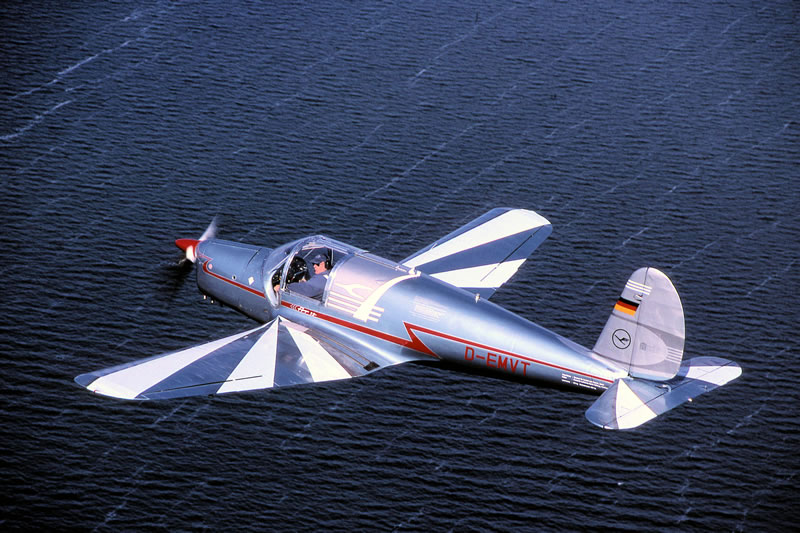 The anti-spin strakes produce a vortex at high angle of attack, similar to that on a delta wing. This increases the dynamic pressure on the vertical tail and makes it more effective. Since every bit helps and the spinning characteristics can vary strongly with c.g. position, it would be careless to leave them off.

On this homebuilt aircraft site I found the following:

There are several mechanisms available for improving controllability in a spin. One is as described above, where a triangular surface is placed (in a horizontal attitude) at the root of the horizontal stab. Practical examples of this can be seen on BD-5s and the Glastar. As was surmised above, for local angles of attack higher than normal, the strake creates a vortex which provides the airplane with additional stab and elevator control, helping the airplane maintain a nose low attitude for recovery.

A similar and more common addition is the dorsal fin - a triangular strake placed in front of the vertical stab. This was an effective fix (although not a cure) for the spin characteristics of the Grumman line of airplanes, which also tended to flatten out. As the plane spins, this strake also generates a vortex flow that is imposed onto the stab and rudder, thus providing a force counter to the spin direction.

The last option is rarely used but it is the addition of ventral fins at the aft end of the body. They serve two functions - they provide more aft body area thus resulting in slightly better yaw damping and stability and also, when in a spin they create countering lift, similar to that of the dorsal.

None of these are fixes - they are aids for better control and for providing the pilot with more control authority for getting out of an established spin.

Although it's not really an authoritive source, it sounds like a sound explanation to me. I can image that the vortex coming from the strake helps to maintain yaw authority with the rudder.

As such it's an alternative to the dorsal fin, which you can still see on current aircraft.

However, Here the user pontifex mentions from first hand experience that there's hardly any difference:

I have been lucky enough to fly and teach on many training aircraft and have spun them all many, many times. I have never had any problems in recovering when using the advertised technique. Some had strakes, some didn't. Never noticed any difference. That also goes for the Chipmunk of which I have flown both versions.

Not the answer you're looking for? Browse other questions tagged aircraft-design aerodynamics spins or ask your own question.

41
Is it possible to recover from a flat spin?
17
Do two of the same model of aircraft feel different to fly?
10
What is the Beggs/Mueller emergency spin recovery technique?
5
How many versions of the P-51 dorsal fin fillet are documented?

13
How long is spin training good for in the USA?
11
Why is the altimeter unwinding unevenely during a spin?
10
What is the Beggs/Mueller emergency spin recovery technique?
11
How to Recover from a Spin in Cessna 172?
10
How to enter an inverted spin?
1
How does the advancing wing in a flat spin create nose thrust?
4
Does a skinless fuselage add to the likeliness of an unrecoverable spin?
4
Can you please explain aircraft spin in simple non-mathematical terms?
6
Does a left spin differ from a right spin for a single-engine propeller aircraft, in terms of spin characteristics & ease of recovery?