If engine rotation was in reverse would it result in some kind of thrust reverser? [duplicate]

I mean if you rotated the propeller the other way would it result in reverse thrust. 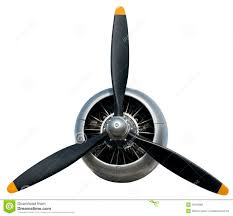 I wonder this because the propeller has to rotate in a certain direction to produce thrust, but would putting it in reverse cause a force to help stop the airplane?

And does this system exist with planes that have propellers?

The propellers are like airfoils. Just as the airfoils do not produce useful lift if flown backwards, the propellers don't produce thrust if spun in opposite direction.

That being said, it is possible to obtain reverse thrust from propellers by setting a negative pitch, similar to the airfoil being flown upside down.

Absolutely, but as others have said it would be a very inefficient brake.

It's much more effective to simply rotate (or "pitch") the blades into a beta (zero-thrust -or- "flat pitch") or into a negative-pitch (reverse-thrust) condition. This is a common feature on virtually every turboprop engine and many large, powerful radial engines. It seems to be an emerging feature for small piston aircraft, although it is still rare to see a small piston airplane with a reversing propeller. They do exist though but they are mostly sea planes.

Looking at the picture that you provided, the silver dome thing from where the propeller blades sprout is the hub of the propeller. The bases of blades "plug" into this hub and can rotate through a certain range dictated by a device called a "governor." The pilot can adjust a propeller control (usually part of throttle or power lever) that tells the governor to rotate the blades forwards or backwards. During take-off, the pilot pushes the power forward which tells the engine to speed up and tells the propellers to push A LOT of air backwards for thrust. When the pilot pulls this engine lever all the way back (on the runway during landing), he's telling the propeller blades to rotate in their sockets and push air forward instead of backwards. Passengers hear this happen on landing as a loud roar for a few seconds as the plane slows down on the runway. It feels like the pilot slams on the brakes but it's mostly the propeller blades reversing in their hub sockets and pushing air forward to slow the plane down. You can also hear the pilots adjusting the propeller blade pitch to control taxi speed as you taxi around the airport but this isn't as noticeable as the landing noise.

It's important to realize that the engine will ALWAYS spin the propeller in the same direction. It does not stop and then spin another direction. The only thing that changes is the "pitch" of the blades in their hub sockets.

The propeller spinning in reverse would be like flying a wing backwards... it wouldn't be efficient, and it probably wouldn't accomplish much of anything. (Ceiling fans CAN be spun backwards to generate a breeze in the opposite direction, but they aren't exactly sophisticated airfoils!)

Spinning an engine backwards doesn't happen because you'd have to stop and then reverse direction of a lot of mass --- way too much momentum to reverse the direction of rotation unless you took a long time to do so.

When props go into reverse thrust, the engine & propeller continue to spin in the same direction, but the angle of the blades is changed so that the thrust vector is now in the opposite direction. That process CAN happen pretty quickly, so you have reasonably immediate reverse thrust available.

Not the answer you're looking for? Browse other questions tagged propeller thrust-reverser or ask your own question.

11
Why don't planes have a reverse propeller as air brakes?

27
Is there any equation to bind velocity, thrust and power?
7
How do the blades on a propeller generate thrust?
8
Is it possible to tilt a propeller for attitude control, similarly to jet thrust vectoring?
4
How does propellers' pitch change during the use of reverse thrust in turboprop/propfan propelled planes?
4
Are there any safety features to prevent reversible-pitch props from reversing in flight?
2
Is any convention to tell the propeller rotation direction of an airplane?
6
Why does the use of reverse thrust on the DC-8 generate a pitch-up moment rather than a pitch-down moment?