The F-15E Strike Eagle is also capable of attacking air and ground targets. So why is the Strike Eagle still called F-15E and not F/A-15?

The aircraft you are mentioning are completely different from each other and some of them are not even named according to the US Tri service Naming System.

In general, the aircraft retain their original designation given even though the later versions have little in common with their predecessors.

The F 15 was a direct result of the studies that followed the Vietnam war and the a response to new generation Soviet aircraft like the Mig-25. 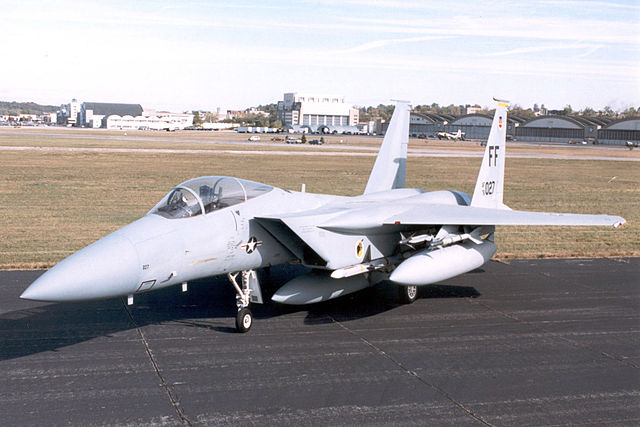 The F-15 was designed purely as a air superiority fighter, with full emphasis on maneuverability and agility with "Not a pound for air-to ground!". The first to variants of the F-15 were called F-15 (single seat) and TF-15 (two seat), which were retrospectively named F-15A nd F-15B after the introduction of F-15C. The F-15E was a strike variant; however, it could defend itself against enemy aircraft and thus retained the 'F' title. 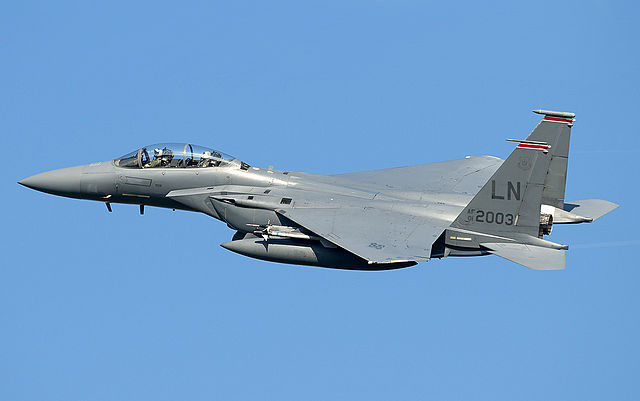 The case of F/A-18 is different. The initial plan was to purchase three different version of the aircraft, F-18A (Fighter), A-18A (Attack) and TF-18A (Trainer). However developments in avionics and some design changes led to the first two versions joined together as F/A-18A and the trainer version being named F/A-18B. 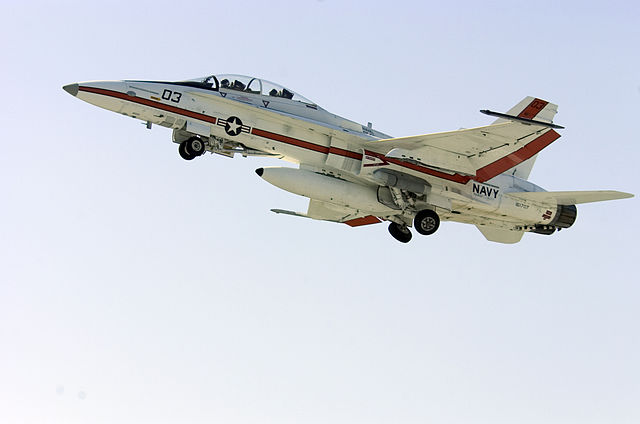 Most of the aircraft in service today are multirole and their names mostly reflect what their intended purpose is rather than their actual purpose. With modern avionics and high precision weapon systems, almost any aircraft could be made a strike aircraft

The F-15A and F-15B came along first, and they were pure air-to-air. (The B model is two-seat so an instructor or observer could ride along.) Then the F-15C and F-15D were built, also as pure air-to-air platforms. (Again, the D model has the back seat while the C is single-seat.)

Then they got the idea for the "E" model, which has the second seat for the WSO and all the various equipment for ground attack. But it's still a model of the F-15. This far into production, it wasn't thought to be necessary to change the designation from F-15 to F/A-15. Maybe if the "E" had been first and the air-to-air variants had come along later, they might have called it "F/A-15," but not necessarily. The F-117 was pure ground attack, and it's an "F" not an "A" like the A-10. The F-16 has lots of ground attack capability, but it's an "F" not an "F/A" designation.

The honest answer is, the Air Force places a low priority on the "purity" of only using the "F" designation on air-to-air platforms and nothing else.

First off, "F/A" is a non-standard designation under the tri-service designation system. "FA" or "AF" would be standard; the second letter would, according to the system, be the "primary mission" of the aircraft, whichever of those the top brass felt the design was better at. The Hornet would probably have been designated "FA" as its primary goal was to replace the aging A-4 Skyraider as well as to supplement the F-14.

The F/A-18 has that designation because the Hornet was originally supposed to be two planes, the F-18 and the A-18, which would differ only in the required avionics and in minor differences to the weapons hardpoints. "F/A-18" became the internal shorthand for the project as a whole. When it was demonstrated that avionics improvements allowed a single airframe to satisfactorily perform both mission profiles, the "F/A" designator was applied to the production design.

The F-15E should, most accurately, be designated AF-15E, adding a "modified mission" designation for ground attack (similar to other modified mission designations such as the RF-4 reconnaissance variant of the Phantom, or the current EA-18G "Growler" variant of the Super Hornet). Its parent design was a pure air superiority fighter which was modified to produce the Strike Eagle, mainly by strengthening the wings, improving engine output, adding CFTs for better range without droptanks, and replacing practically everything under the skin forward of the intakes (avionics, radar, etc). The Strike Eagle retains much of the air superiority prowess of its lineage, and has been tasked with "Combat Air Patrol" missions often in addition to a primary strike mission (along the lines of "go here, drop your bombs, refuel at this tanker and then stay on station for an hour before heading back"), but its primary mission is ground attack (interdiction, deep strikes, SEAD, etc).

The main reason why the mission designation of the Strike Eagle was not changed is that the USAF has rarely made the distinction between an air-to-air fighter and a light air-to-ground strike aircraft. Pre-1962, any one- or two-man aircraft developed for the Air Force was a "fighter" (evolved from the older "Pursuit" designation in use through WWII) regardless of its specific mission profile. After 1962 with the tri-service system in place, if the aircraft is designed with air-to-air engagements in mind, it is a "fighter" in the USAF's eyes no matter what else it does. The A-10 is the sole production aircraft designed for USAF use to be given that designation (which is fitting as it's designed from the ground up to kill armor, and typically carries only a pair of Sidewinder-Ms for basic self-defense); all other "A"-designated designs in the Air Force arsenal since 1962 have been Navy planes first, with the Air Force having to adopt the pre-existing designation under the tri-service rules. As the Navy's never really been interested in any variant of the F-15 since fairly early in the VFX program, it's only to be expected that the Air Force top brass would ignore the attack designation here.

Not the answer you're looking for? Browse other questions tagged military fighter jet aircraft-naming f-15 or ask your own question.

25
Was the intended purpose of the F-117 Nighthawk originally a stealth-fighter?
7
How are military aircraft numbered?

21
Why do heavy bombers not carry air-to-air missiles?
25
Was the intended purpose of the F-117 Nighthawk originally a stealth-fighter?
111
Why is the maximum speed of current fighter aircraft lower than those from the 1960's and 1970's?
7
Can an airliner land safely using only propulsion control?
9
How effective was WWII bombers self defense anti-air armament?
4
With similar weapons why does an AH64 Apache require a pilot and gunner when the A10 Warthog only needs a pilot?
5
Why do fighter pilots use night vision goggles rather than normal light inside the cockpit?
3
As at 2020, why don't fighter jets have ≥ 200 rounds for their cannons?