Why is an accident referred to by flight number instead of registration number of the airframe?

Most accidents are referred to by flight number, for instance MH17 or MH370 to name a few recent ones.

Flight numbers are usually but not always retired after a crash. So why isn't referred to the registration number instead?

Most accidents are referred to by flight number

It depends who it is that is referring to the accident, and on who they are addressing.

News media and the general public

Newpapers and other media use flight numbers because that is the number known to friends and relatives of the individuals concerned and because most members of the public who have flown as passengers are very familiar with the concept of flight numbers but not really familiar with aircraft registration numbers.

Investigating authorities have their own numbering schemes for accidents they investigate.

Aircraft registration numbers change when an aircraft is sold to a purchaser based in another country.

The only number that stays with an aircraft for its entire life is the manufacturer's serial number.

All these numbers can appear in official accident investigations reports. The registration number is usually prominent. 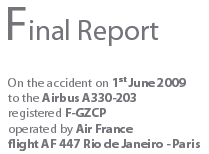 The flight number is more readily available than the aircraft's registration number. With a simple call to the departure/arrival airport's information office (or even from the airport's website) anyone can get the flight number. Sometimes the aircraft is not ready and another one is used for the scheduled flight so the registration number could be difficult to obtain.

Also, a flight number uniquely identifies a route, a departure airport and time, a destination and an airline.

Not the answer you're looking for? Browse other questions tagged accident-investigation aircraft-registration or ask your own question.

4
How can investigators trust flight instrumentation from aviation accidents?
10
Are non-military aircraft allowed to fly with no registration numbers (tail numbers)?
13
Do commercial airliners have the tail number placed somewhere on a placard in the cockpit?
5
What is the registration number of the 10,000th Airbus?
0
What is a registration mark or number?
7
How do insurers apportion responsibility when airliners collide on runways or taxiways?
1
When do commercial aircraft tail numbers change?