Do rudder pedals slide or hinge?

I am planning on making a pair of rudder pedals from scratch. I don't know whether they should be hinged, or slide forwards and backwards.

On real aircraft, how do they work? Does it vary from plane to plane?

I've never seen "sliding" rudder pedals in a light GA plane - though there may be such designs in transport aircraft, especially fly-by-wire planes.

If you're looking for simplicity for a homebuilt aircraft or simulator I'd go with hinged pedals pivoting at the floor similar to what you'll find on a Piper Cub (which can be made by welding tubes together into an I shape), or any number of similar floor-mounted designs: 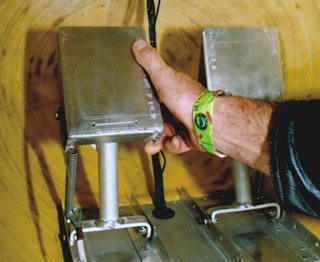 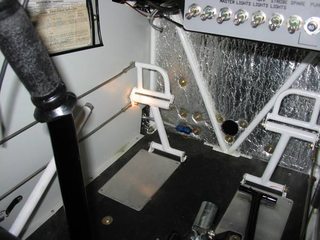 (As shown in the first picture, toe brakes can be easily retrofitted onto such a design, and as shown in the second you can mount square pedals on them if you want to, though the round bar has some advantages.)

Sliding pedals are very unusual - I do not know of a single aircraft which uses them. It is also mechanically more complex and fragile - you would need to keep all those sliding lines clean, at a section of the aircraft where dirt is most common.

But there are three different ways to hinge the pedals. The most common one is at the bottom, but they could also be mounted on a crossbar. By using two crossbars, you get a parallelogram wich helps to keep the pedals at the same angle. 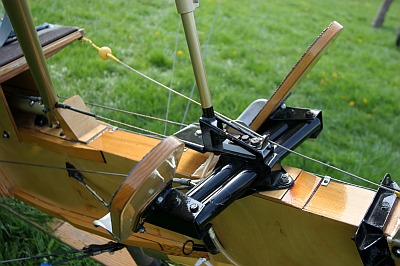 This picture shows the "cockpit" of the schooling glider SG-38, simply because it doesn't hide anything. As you can see, the pedals sit at the ends of the parallelogram, and you could add another hinge at their base easily for activating brakes (which the SG-38 did not have). Now you would have two degrees of freedom which make controlling two separate functions easy.

The third way is to hinge the pedals from the top. This again helps to add a second degree of freedom, especially when the top hinged mechanism uses two parallel rods to again ensure a constant angle of the pedals, independent of their position relative to the hinge point.

On the Cessna's I've flown they both slide and pivot- sliding directs the rudder, pivoting engages the respective wheel's brakes.

The gliders I've flown (Blanik L-23 and Grob 103) have hinged pedals with regards to controlling the rudder, and they slide closer or farther in tandem to adjust for different pilots' heights.

Not the answer you're looking for? Browse other questions tagged flight-controls rudder or ask your own question.

13
What is the advantage of combining the rudder and brake pedals in aircraft?

8
Do the captain's and first officer's rudder pedals always move together?
27
Did Wolfgang Langewiesche ever change his mind about rudder pedals?
33
How is a seaplane steered on water?
11
How do pilots make rudder inputs during negative G flight?
8
How much rudder input does a Cessna 172 require during the take off roll?
15
What happens if only rudder is applied in a turn without ailerons? Do the two have to be applied together all the time?
6
How often does an airline pilot use the rudder pedals during flight?
6
Why does the A320 use the rudder for lateral control in mechanical law?
7
How to use Rudder during takeoff in single engine propeller aircraft? e.g. Cessna 172
16
How and why can multiple people control the Boeing B-29?