How are Virgin Galactic's SpaceShipTwo's windows so large?

From Virgin Galactic on SpaceShipTwo:

IMO that's enormous for an airplane, especially for a spaceplane! But, wouldn't such large windows cause problems? The Concorde had particularly small windows (passengers say that it's almost passport book sized) to maintain the integrity of the airframe and cabin pressure if a window happened to crack at 60,000 feet AMSL.

But wouldn't such a large window cracking at 110 km AMSL on SpaceShipTwo definitely cause cabin pressure to equalize to atmospheric pressure in seconds? What redundancy does SS2 have to prevent catastrophe in such an event?

Here are a few ideas: 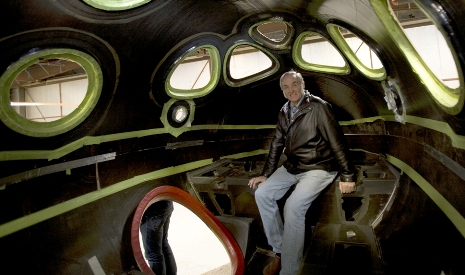 I think ultimately it's a business question. Virgin Galactic is selling tours at a premium price where as Concorde was sold to move people from point a to point b.

With Concorde, since the point of the craft was to get people from point A to point B very very quickly, they put money into big engines and efficient aerodynamics. The view doesn't really matter in that equation, but you do need structural integrity. So they went with the cheapest way to get that structural integrity, small windows.

Virgin Galactic, on the other hand, is selling an experience. And frankly, if you're going into space the two biggest selling points are going to be zero gravity and, honestly, the view. Hence, even though it will make the craft more expensive to reinforce properly, they are installing very large windows.

As a note, airliner manufacturers could also install big old huge windows if they wanted as well, but do you want to pay another $50 a flight just to have a bigger window? For most people the answer is no...hence small windows.

Basically it's just a matter of figuring out what you are trying to sell and, then, putting money into that selling point. It's what gets you a good return on your investment :).

PS- lol, and after all that writing I appear to have answered the "why" and not the "how". Well, let the internet judge me as it will, I'll leave this answer up for now :).

The Concorde had a lot of thermal expansion due to air/skin friction, that may have impacted window size. SpaceShipTwo travels at much lower speeds, and doesn't have that issue.

Ultimately, the issue is whether the window is designed to withstand the pressure differential of cabin to space. As long as it is thick enough, made out of strong enough materials, they should work safely.

Not the answer you're looking for? Browse other questions tagged aircraft-design safety windows or ask your own question.

29
What materials are plane windows made of?
16
Can the cockpit windows on commercial airliners open during flight?
58
Why do airplanes have rounded windows?
25
What is the purpose of eyebrow windows?
1
Do jets use tinted windows?
1
How did the B707 and DC-8 fight stress at the windows?
1
Why are the cabin inner windows so flexible?
13
How frequently are airplane windows cleaned?
0
Why and how were "eybrow windows" helpful in tight turns?

// TODO sg: TMP solution until we are confident in our current implementation of async imports // once we are, we can move the if into the js entry file and dynamically load the mark obsolete module