Why are wind tunnel models sometimes placed upside down? 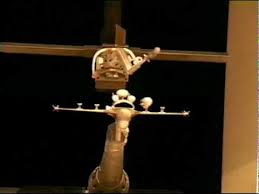 Image obtained from this Youtube video of testing at AEDC

And sometimes they are in the normal flying position: 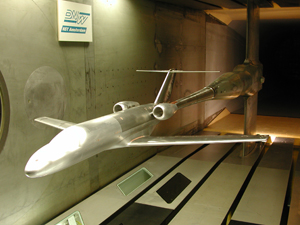 What is the specific reason for putting wind tunnel models upside-down?

I thought it had something to do with minimizing the influence of the support, but putting the plane upside down doesn't change much about the location of the support.

In the times before strain gauges and electronic transducers, the forces on the wind tunnel model were measured with scales. To avoid interference as much as possible, the model was hung on strings, the scales being mounted above the measurement area of the tunnel. Since the forces in upright flight were of the highest interest, gravity plus lift would make sure that the strings were always taut. If the model were hung upright, the lift might grow bigger than the weight, and the model would move towards the scales.

Today, the orientation of the model can be either way, and only in exceptional cases there is a strong reason for placing it upside down. This might be when unusual attitudes together with the supporting sting (the long spike on which the model sits) would block one part of the wind tunnel cross section too much, or if movement restrictions of the sting force a certain orientation.

Another reason is flow visualization techniques: Sometimes it helps to put a coat of a mixture of petroleum and pigments on the surface and to watch where the pigments are blown by the flow (this is called an Anstrichbild). Obviously, it helps to place the surface of interest on top.

The main reason for placing the wind tunnel models upside down was that it was easier to measure lift that way.

The forces on the initial wind tunnels were mostly measured using force balance. In case of the models suspended on wires, 'tare' weight can then be set and any additional balance weight required is the lift. 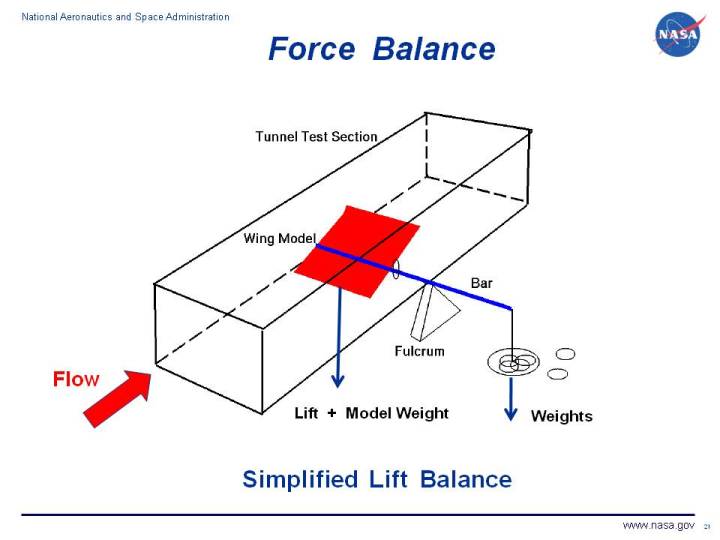 Though the wind tunnels became more sophisticated,the models were mounted upside down both as force of habit and as measuring equipments were designed for that.

Of course, the lift could be measured the other way too and some wind tunnels followed that. There is no fundamental difference between the two. Certain wind tunnel tests like separation studies require the models be mounted in a particular (usually right way up) orientation.

In today's wind tunnels using strain gages among other things, the models can be mounted in any required orientation.