Takeoff and landing efficiency at an airport seems to depend on a number of factors, like number of runways and gates, infrastructure maintenance, weather, or even notorious traffic congestion in some areas.

Is there some process to prevent airlines to schedule more flights than the destination airport capacity? e.g. some coordination between ATC, airlines, and airports management. If so, how are airlines requests handled, is there some rule for fair sharing of the most demanded time slots?

I'll answer for the US. As long as there's no official slot program, airlines can schedule however much they want to an airport, beyond what it should be capable of handling.

Now that doesn't mean ATC lets a free-for all happen. Hopefully, various traffic management units are on it and aware of how much demand is scheduled and already airborne into the airport/region/area that there's too much demand, and will implement various flow control programs to moderate the volume to what can be accepted into a specific sector(Certain airways can get super busy and require these types of actions), or airport. These control programs will either slow aircraft farther out from their destination, hold, or give small to longer delays on the ground, depending on how over scheduled or limitations of weather at the destination.

[Begin edit poriton] Since the other part of the question wasn't there when I first answered, I'll answer now. Slot controls vary heavily from airport to airport. In the US, LGA, LGB, DCA, SNA, and at times JFK are slot controlled, with a few others threatened to go to slots due to how many delays they impact the system(SFO, EWR, and ORD). How each airport deals with the slot allocation is different due to how they got slot controls. DCA is controlled partly through congress, LGA and SNA are restricted due to noise controls. In the US, once an airline gets a slot, often times it's considered transferable property, so airlines can sell them to each other if needed.

Now if a slot isn't used and goes back to the airport, the airport can put it up for bid, or allow applications for it, again depending on how their program is structured. AT DCA, some slots are transferable, some require an act of congress to change or modify, and some can only be used for certain routes or types of cities.

Since the other answers focus on the US and you specifically mentioned London Heathrow, I will answer for Europe.

In Europe, Eurocontrol uses a central Air Traffic Flow Management (ATFM) system to avoid both congestion at the destination airport and in the enroute environment.

In practice this works by assigning departure slots to aircraft when they are still on the ground at their departure airport. This way, longer holding times at the destination airport can usually be avoided, which both increases safety and reduces fuel burn.

ATFM departure slots are allocated centrally by the European Network Manager upon the request of the local Flow Management Position (FMP), when an imbalance between demand and capacity is foreseen at airports and/or en-route. The purpose of such regulation is to hold aircraft on the ground.

The pilots will receive a Calculated Take-Off Time (CTOT) when such a slot is assigned:

In general, this system works quite well. In July 2019, ATFM Airport delays only contributed 1 minute of delay per flight on average: 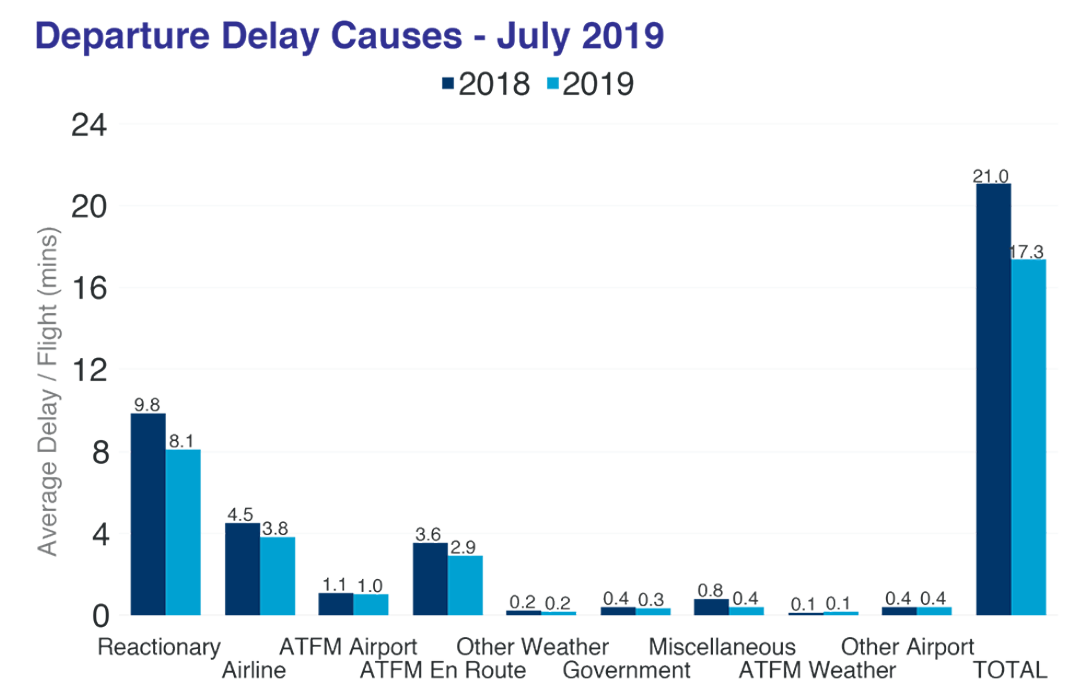 To actually answer your question: Yes, airlines can schedule as many flights as they want (unless the airport is an IATA Level 3 Airport), but flights will not be allowed to depart on time if the capacity is not available at that time. It is therefore in the airline's economic interest to schedule flights accordingly.

Yes, in the U.S. each metered airport (major airport) has what we call an AAR (Arrival Acceptance Rate) which varies sometimes hourly depending on weather and runways in use. One day the scheduled flights might get in with no delays, and the next many could be delayed by hours if the AAR goes down. This is managed by our flow control system which takes the current AAR for each airport and looks at pending departures for that airport and spaces out the departure times so that the AAR isn't exceeded. We call this the "EDCT" time (expected departure clearance time) and it shows up on the flight strip for ATC and is sent to the airline's dispatch office. A flight might be scheduled to depart at 12 noon, but their EDCT time might be 12:37 and they're supposed to plan their pushback and taxi so they're "wheels up" at that time.

You can see the standard AAR's at http://www.fly.faa.gov/ois/ (click on east or west directory, then the appropriate Center and airport). LAX for example in VMC conditions using 25L/24L and R for approach has a 74 aircraft-per-hour AAR, but if it's foggy (low IMC) and they're using only 25L and 24R, the AAR drops to 58 per hour. If 70 are scheduled to arrive in some given hour, on a first-come-first-serve basis the computer will put out EDCT times to spread them out so only a max 58 will arrive in that hour, and the rest get bumped out to the next (and on and on).

For any Airport, if the demand is more than the capacity.Then those airports are categorized as Level 3 airports for which Slot Coordination is a must. Ex: - For these kind of airports, If an Airline wants to operate in Summer S17, then Airline should be having grand father rights which is gained by operating in Summer S16. And yes, if there is any remaining or empty slot, any airline can apply for it. It is a very trasparent process.

In these kind of airports, if the airline is misuinng the slot then there is huge penalty to be paid and also very good chances of loosing the grand father rights.

Not the answer you're looking for? Browse other questions tagged air-traffic-control airport flight-schedules or ask your own question.

13
What are the practical impacts of airports in the US being mostly IATA Level 2?
14
How is Calculated TakeOff Time (CTOT) calculated?
4
What is the difference between en-route delays and airport delays?
1
How are "preferred routes" assigned if there is more demand than capacity on a route?

8
Is there an efficiency measure for airports?
7
Can construction of an airport lead to more foggy weather?
3
How do airlines provide crews for the return leg of a long-haul flight?
4
Do airlines schedule departures based on average environmental conditions of departing airport?
5
What happen to schedule flight when airport close for undertermined duration?
2
What is the power generating capacity for an airport GPU?
1
How are "preferred routes" assigned if there is more demand than capacity on a route?
13
What are the practical impacts of airports in the US being mostly IATA Level 2?
6
How do messages get from the destination airport to a pilot?