Ask Question
Asked 6 years, 1 month ago
Active 3 years, 5 months ago
Viewed 6k times
-3
$\begingroup$
This question already has answers here:
Why does the 747 have 4 engines instead of 2? (5 answers)
Closed 6 years ago. 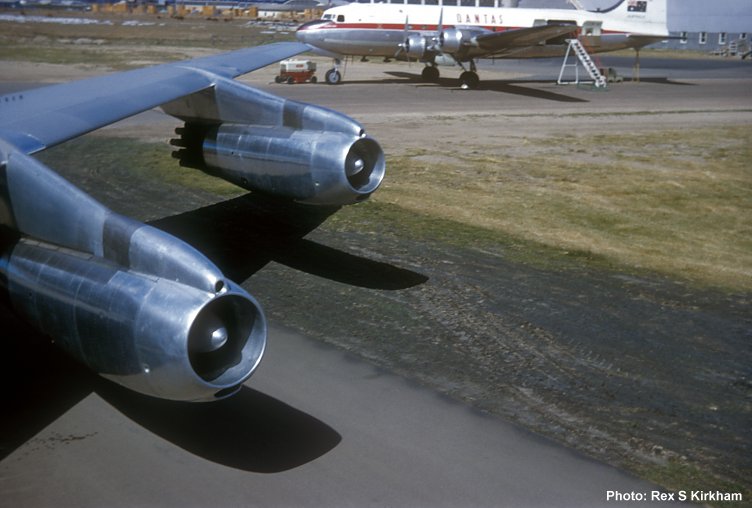 Boeing 737-800 engine.I am having trouble understanding how this works. 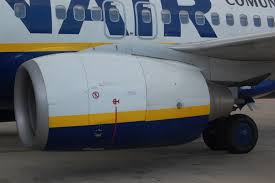 Boeing 707 was initially designed to use the P&W JT3C turbojet engine. Early versions of the '707 (like the one in the first picture of your question) and C-135 (including KC-135A) used those engines. Wikipedia reports a maximum thrust of 12,030 lbf.

So the answer to your question is that at the time the Boeing 707 was designed, the only available engines were turbojets with a limited (for today standards) thrust.

The article you're asking about refers to modern jet engines. Today low-bypass ratio turbofans are used mainly in military supersonic aircrafts, were fuel efficiency is less important than thrust and supersonic efficiency. The opposite applies on modern civil aircrafts.

Engine technology has improved tremendously since the days of the Boeing 707. Today's engines are larger, more powerful, more efficient and quieter than their predecessors.

This engine was selected as it was the best available (in fact, the J57 designers won the Collier trophy for their efforts). In fact, the engine was so successful that aircrafts were designed around it- half of the century series USAF fighters used them, as did 707's competitor, the Douglas DC-8.

As for Boeing 737, which had its first flight around 10 years later, the Pratt & Whitney JT8D used was a low bypass turbofan engine, having a bypass ratio of 0.96:1. Again, it was developed from a military engine, the Pratt & Whitney J52 (which powers Northrop Grumman EA-6B Prowler, among others).

One pattern we can see clearly is that most of the early civil aircraft engines were developed from military turbojets. The reason was that only these powerplants could generate the required thrust at that time and today's high bypass turbofans were not even in the picture.

However, as the airliners became fuel conscious and noise became a major issue, high bypass turbofans were developed exclusively for civil use and the development of civil and military engines diverged. With time, the bypass ratios have increases with decreases in fuel consumption. 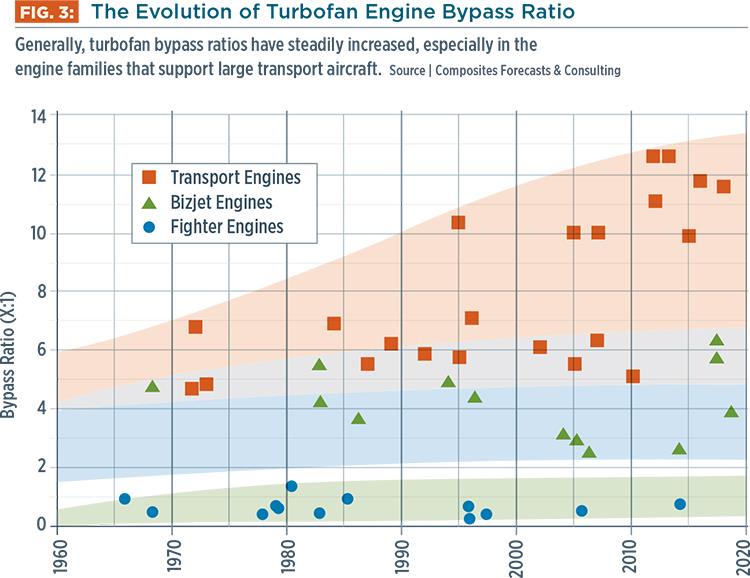 In the context, it is more useful if you compare the engines used in the same aircraft over the years. The most powerful engine used in the 707, the Pratt & Whitney JT3D-7 increased thrust over JT3C by over 50%. In case of 737, the 737 MAX uses CFM International LEAP, which doubles the thrust on the PW JT8D.

As for the article, what I get is this: For a given power available to the bypass fan, it can be used in either the two ways- take less air and increase the pressure of it more or take more air and have a lesser increase in pressure.

Not the answer you're looking for? Browse other questions tagged jet-engine airliner boeing-707 or ask your own question.