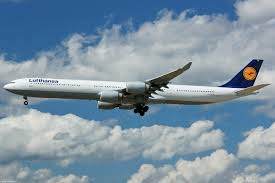 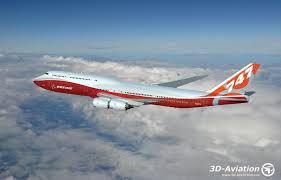 On a jumbo jet like the B747-8 four engines are a requirement.

The A340 was designed at a time when ETOPS (Extended-range Twin-engine Operational Performance Standards) had not been developed. Some airlines preferred two engines which reduced operational costs, while others preferred four engines with increased reliability at an additional cost.

Airbus decided to split the development into distinct aircraft having the same wing and airframe - A330 with two engines and A340 with four engines.

However, as time has passed, ETOPS has become the norm with improved engine reliability, and A340 production has been stopped. Almost all the civil airliners under development now have two engines.

The Boeing 777, on the other hand, was developed with twin engine operation in mind.

If it had only 2 engines, it would be an A330. The main difference between the two models is that the A340 has four engines, and it was designed and produced specifically for airlines that needed that.

At the time the A330/A340 series was designed, having more than two engines was an operational benefit because a two-engined plane needs to stay within a certain range of diversion airfields, which made the A330 unsuitable for some routes. This benefit has since become smaller due to improved reliability of engines (or improved trust in the reliability), since the maximal distance from nearest landing opportunity is determined mainly by how long time you dare to need a plane to stay aloft after an engine failure enroute, before the risk that the remaining engine will randomly fail too becomes unacceptable.

The A340s that are already built keep flying until they reach the end of their operational life, of course.

The only large quadjets still in production are the 747 and the A380. The A380 needs more than two engines because of its size, in order to produce enough takeoff thrust. The 747 might conceivably have ended up with two engines if it was designed from scratch today. 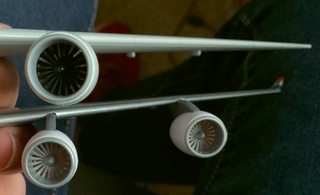 Not the answer you're looking for? Browse other questions tagged airliner or ask your own question.

30
Why does the 747 have 4 engines instead of 2?
9
Does adding more engines to commercial aircraft increase safety?
13
Can the 747 be re-engined as a twin?
5
Is the twin vs quad engine industry preference really challenged?
7
Why was the A340 developed with four engines?

70
Why do jet engines get better fuel efficiency at high altitudes?
29
Why do we use pylons to mount the engines on jetliners?
33
Why do we never see high-bypass turbofan engines sharing the same nacelle on large airliners and similar aircraft?
5
What are the advantages and disadvantages of have the wing positioned further aft on an airplane?
16
Have we seen the last significant experiments in the configuration of jet airliners?
1
What is the drag induced by a high bypass jet engine on an airliner?
6
What are the issues involved in converting a quadjet into a twinjet?
35
Why don't modern jet engines use forced exhaust mixing?
14
Why does it take so long to develop a passenger aircraft?