What are the different wing planforms? What are each's advantages? Where are they commonly used?

I remember reading that there are four common wing planforms:

I'm sure there are more. What are the different types of planform out there?

Each must have its own advantages and disadvantages. What are those?

What's a good example of each?

The wing planform (which is the shape and layout of wing) for each aircraft is mainly based on the aerodynamic requirements. There are other considerations like stealth, controllability etc. The basic terminology in the wing geometry is given in the figure below.

Most of the wing platforms in use (or have been used) fall under one of these categories.

Elliptical Aerodynamically, the elliptical planform is the most efficient as elliptical spanwise lift distribution has the lowest possible induced drag (as given by thin airfoil theory). However, the most important disadvantage of the elliptical wing is that its manufacturability is poor.

Perhaps the most famous aircraft with elliptical planform is the Supermarine Spitfire, used in Battle of Britan. 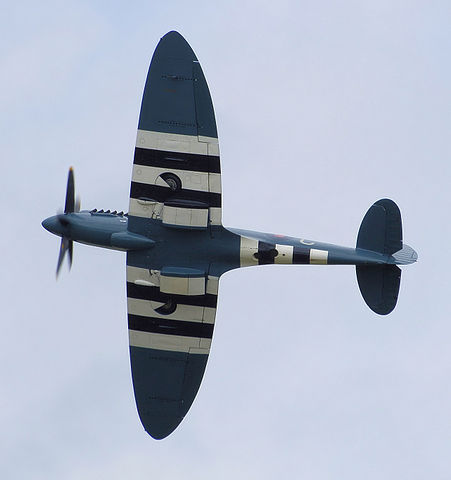 Interestingly, the elliptical wing was not decided to minimize induced drag, but to house the retractable landing gear along with guns and ammunition inside a wing that had to be thin. As per designer Beverly Shenstone,

The ellipse was simply the shape that allowed us the thinnest possible wing with room inside to carry the necessary structure and the things we wanted to cram in. And it looked nice.

Some aircraft like the Seversky P-35 had a semi elliptical wing, with only the leading or trailing edge elliptical. 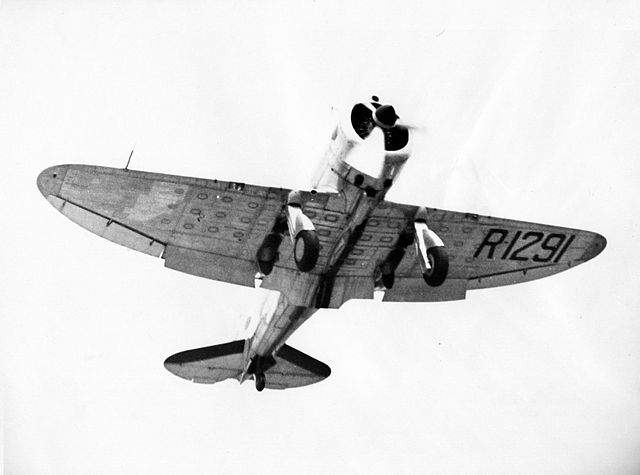 Rectangular Arguably the simplest wing planform from a manufacturing point of view, the rectangular wing is a straight, untapered wing. A good example would be the light general aircraft like Piper PA 38. 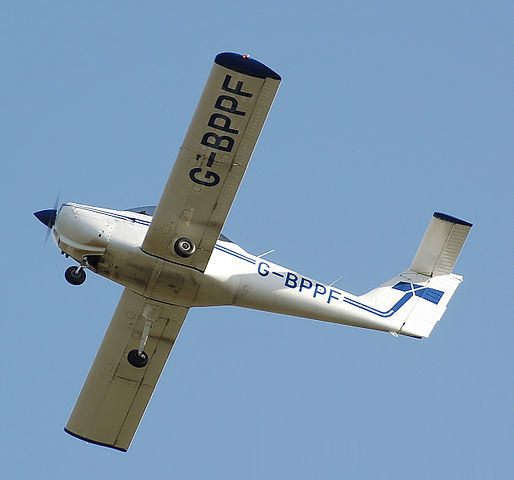 The main disadvantage of this wing is that it is aerodynamically inefficient.

A very good example of aircraft using this type of wing is the North American P-51 Mustang, which became the premier USAAF escort fighter against the Luftwaffe. 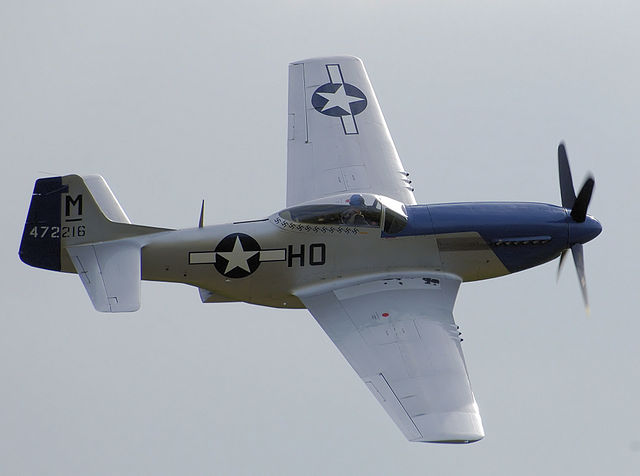 Constant Chord with Tapered Outer This is midway between the rectangular and the tapered wing, with the inner part having constant chord and the outer part having a taper.

A very good example of this type of wing is the English Electric Canberra. 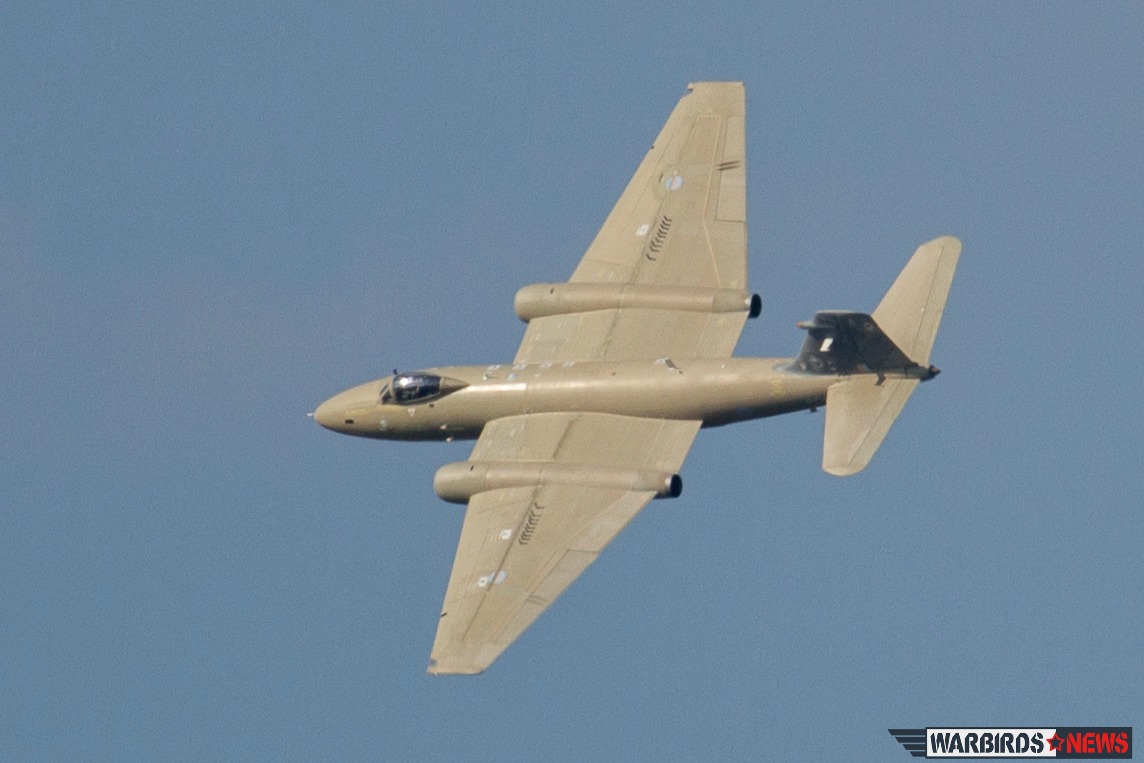 Delta The delta is a very low aspect ratio wing used in supersonic aircraft, most notably in the European designs. The main advantages of the delta wing is that is efficient in all the flight regimes (subsonic, transonic and supersonic). Also, the wing offers a large wing area for the shape, reducing wing loading and improving maneuverability.

The delta wing design is also very strong structurally, offering large volume for internal fuel. The delta wings are also quite simple to build and maintain.

The main disadvantages are that they have high induced drag due to low aspect ratio and also that they should have high angle of attack at low speeds (takeoff and landing), mainly due to fact that at these speeds, lift is generated by vortices. To compensate for this, they have high stall angles.

A very good example for this wing is the Dassault Mirage 2000, which is an example of tailless delta i.e. without horizontal stabilizers. 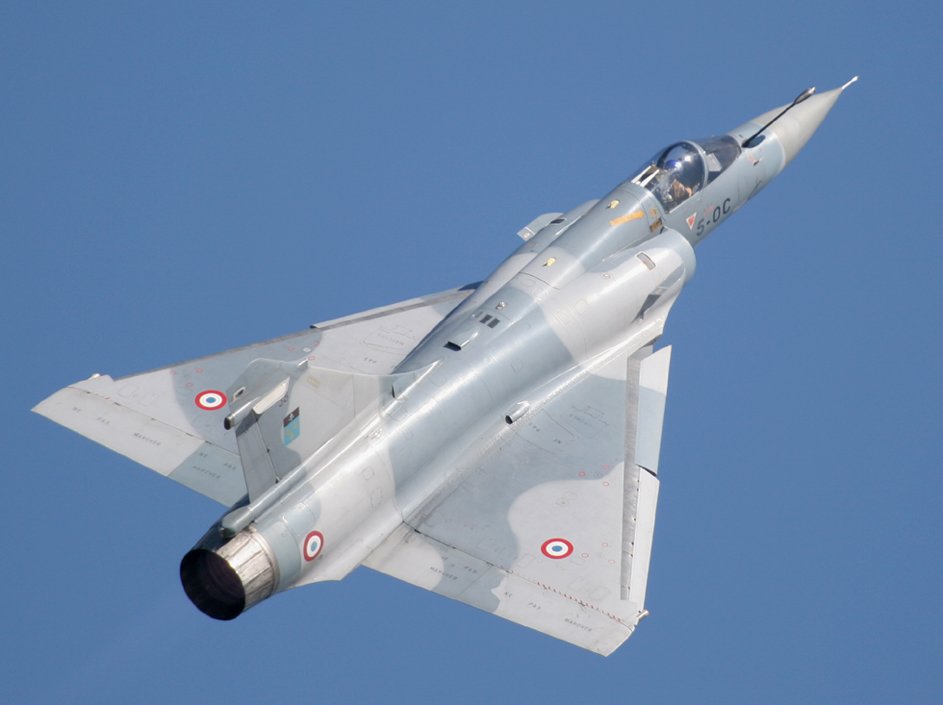 A variant of the delta wing used in some aircraft is the one with horizontal stabilizer (tailed delta), the most famous of them being the Russian Mikoyan-Gurevich MiG-21. 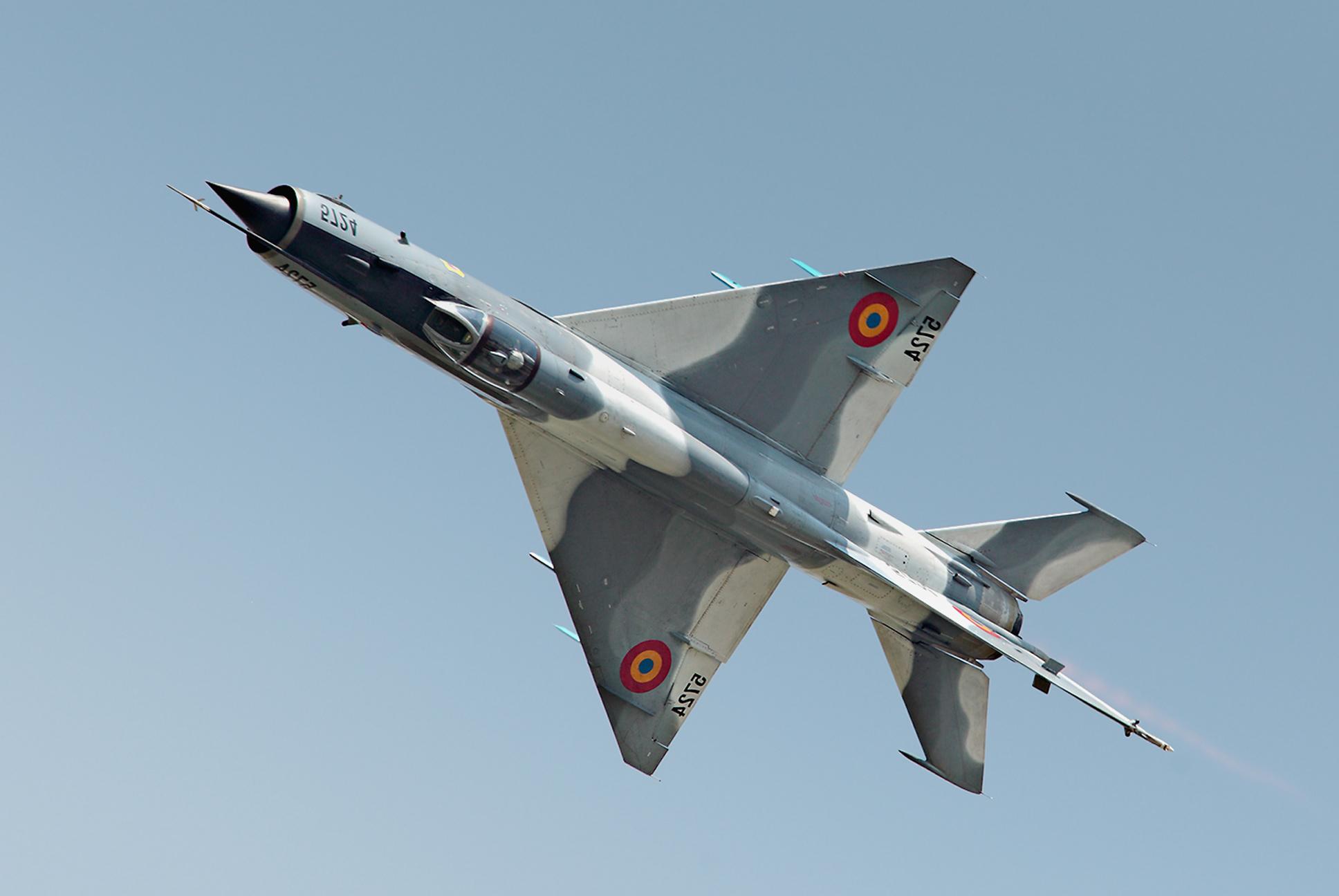 Another variant is the one used by the Eurofighter Typhoon, the so called cropped delta, where the tips of the delta are 'cut off' to reduce drag at high angles of attack. 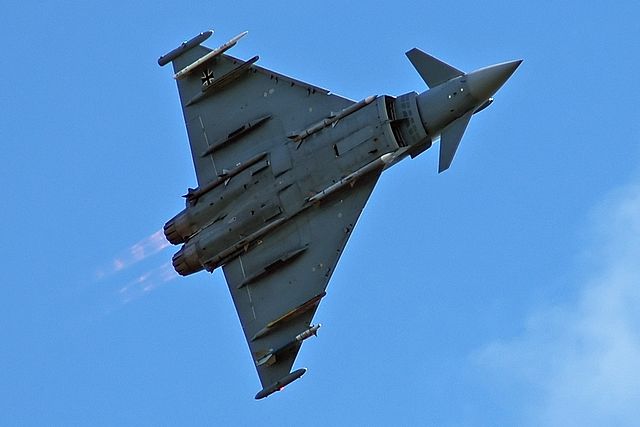 Yet another variant of the delta wing (this planform is very popular in combat aircraft), is the so called double delta, where the leading edge angle is not constant, but has two different values. One good example of this is the Light Combat Aircraft 'Tejas' under development in India. 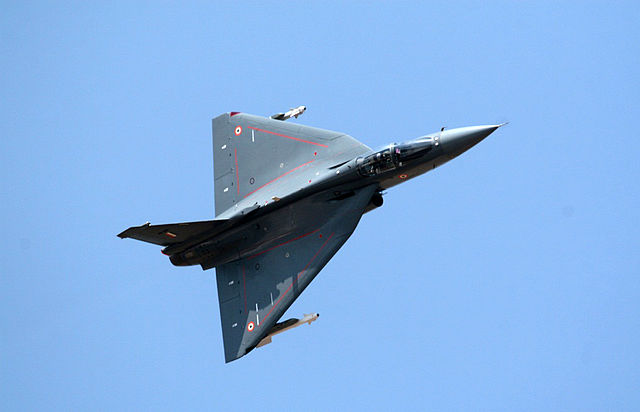 Trapezoidal The trapezoidal wing is a high performance configuration such that the leading edge sweeps back and the trailing edge sweeps forward. This is mostly found in combat aircraft from the US.

This wing configuration is used most notably in the Lockheed Martin F-22 Raptor. 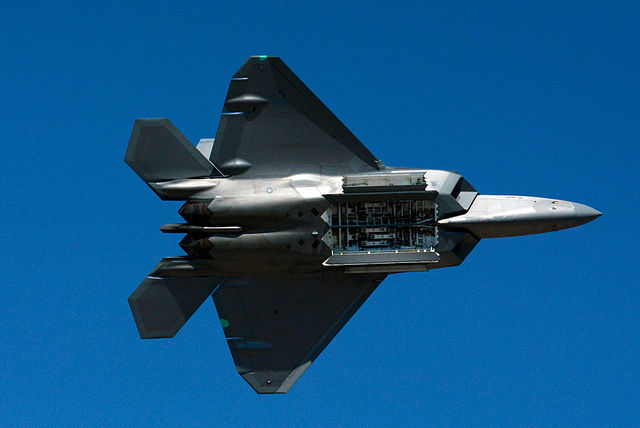 Ogive The Ogive is a type of supersonic wing used in high speed aircraft. This is a complex mathematical shape derived for minimizing drag, especially at supersonic speeds. They offer excellent supersonic performance, with minimal drag. However, they are extremely complex and manufacturing is difficult while their subsonic performance is poor in comparison.

The most important aircraft using this wing is the Aérospatiale-BAC Concorde, one of the two supersonic commercial aircraft. 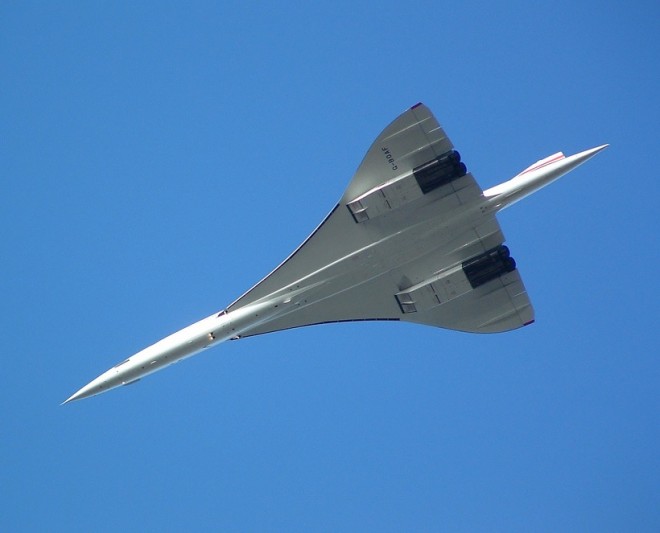 The wing planforms can also be classified on their sweep and variability.

Swept Back wings The leading edges of these wings are swept back. This is done order to reduce drag in transonic speeds, which is determined by the velocity normal to the wing.

This planform is used in almost all high speed commercial airliners. A good example would be the Boeing 787 Dreamliner. 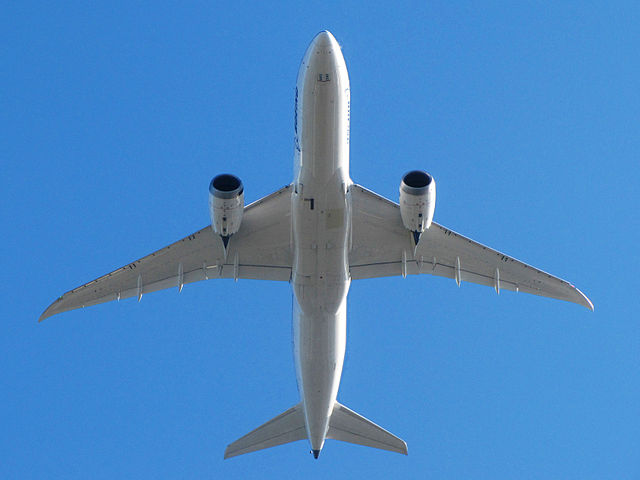 Swept Forward Wings One disadvantage of the swept back wings is that due to the flow characteristics, the ailerons stall before the flaps (i.e. outboard wings stall first), which can lead to controllability issues. In order to overcome this, swept forward wings were used in a few (experimental) aircraft.

The man problem with swept forward wing is that it produces wing twisting as it bends under load, resulting in greater stress on the wing root than for a similar straight or swept back wing. One of the few aircraft to use this wing is the Sukoi Su-47 Berkut. 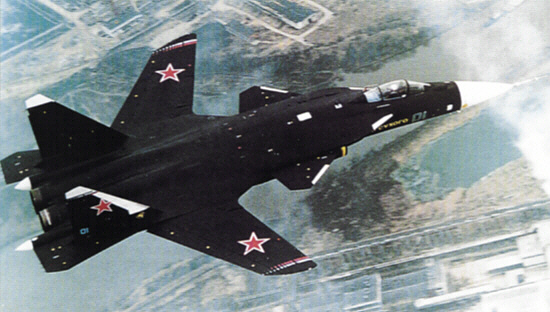 Variable Sweep Wings For high speeds (transonic and supersonic), the swept wing is most suitable while for low speed (subsonic) flight, unswept wings are better. Varaible sweep wings were used to optimize the wing planform over a wide range of speeds. The main problem with this type of wing is the mechanical complexity.

The first aircraft to enter service with the variable sweep wing was the General Dynamics F-111 Aardvak. 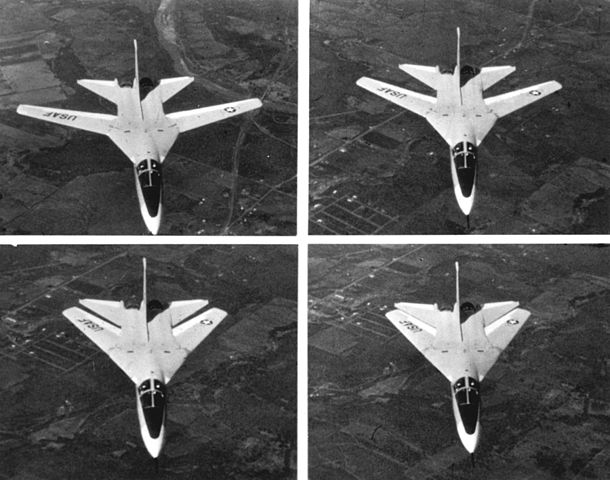 Though most of the aircraft have used these planform, a number of other wing shapes have also been tried. 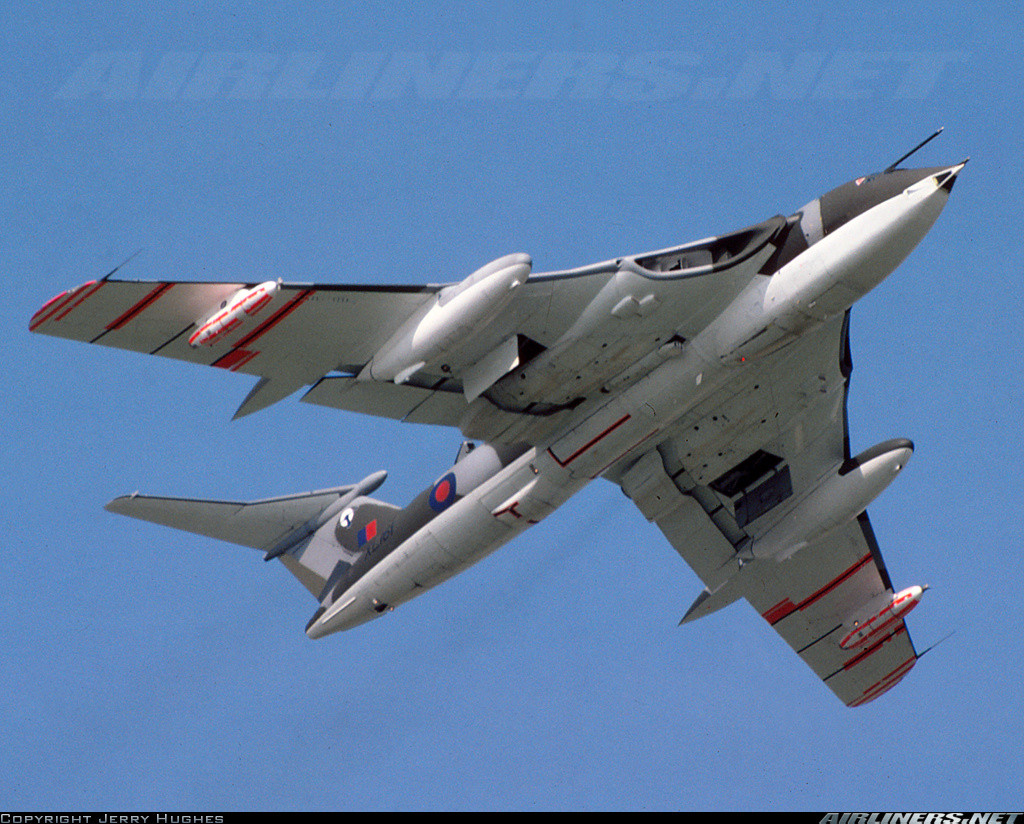 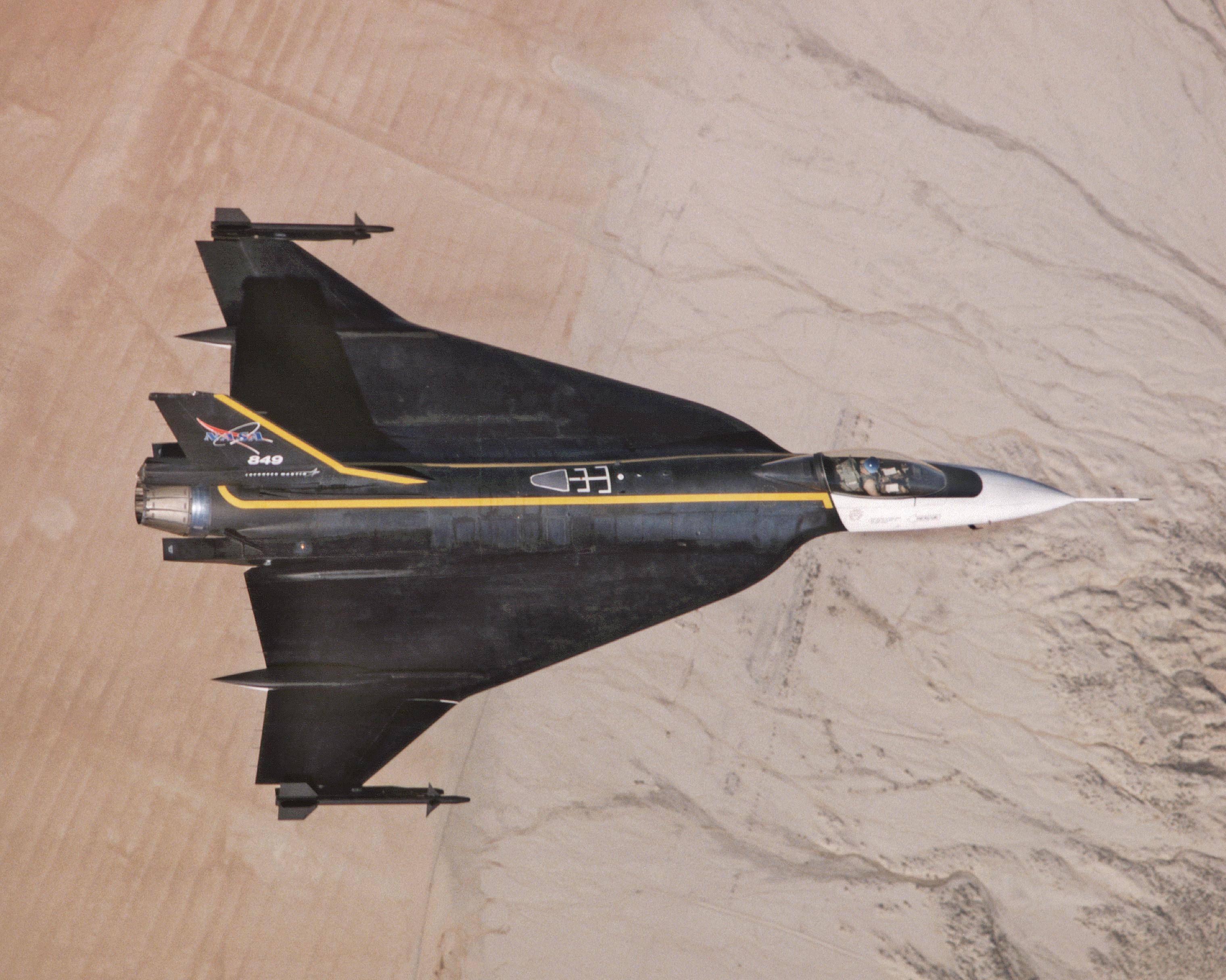 One point to note is that most of the aircraft in operation or development use wing planforms which are a combination of the above rather than any one of them.

Here is a pictorial list of planforms. The different planforms are designed to produce the highest lift:drag ratio at various speeds while still being producible. Swept and delta wings are for speeds approaching and exceeding the speed of sound. Elliptical, tapered, and rectangular are for subsonic speeds. At these speeds, the major issue is induced drag. The rectangular wing is the easiest to build. The elliptical wing has the lowest induced drag. Tapered is a compromise between the two. There are other factors such as stall behavior that influence choice of planform. Too much taper and a stall at the tips can result in a spin. The link here has more.

2
What is a straight wing on an airplane?
1
Straight Wings VS Delta Wings, Variable wing with Forward swept capability
0
Is delta wing design on a fighter a compromise?
0
What are the pros and cons of a straight wing plane?
7
What airframe design is best for stormy weather?
10
What are the benefits of a 'cranked arrow' delta wing?
11
What are the advantages and disadvantages of a delta wing compared to a swept wing?
5
Why is a wing tip's front edge tapered?

32
What are the advantages of a forward-swept wing over a rearward-swept wing?
6
What trade-offs are being made in the design of the planform alignment of stealth aircraft?
13
What are the advantages and disadvantages of an oblique wing over a swing wing?
6
What are the advantages of a variable-incidence wing as used in the F-8?
15
Why do most commercial airplanes use hydraulics instead of electric/servo motors?
6
How to pick a good airfoil based on Cl and Cd
1
Why are the positive points in a V-n diagram associated with pitch maneuvers?
5
Was the adoption of conventional tailplanes as 'everyday aircraft' inevitable, or are there other designs that can be just as good?
1
Why are early wing planforms mostly rectangular?
3
How does the 'efficiency' of a magnus effect flier compare to helicopters and fixed wing aircraft?