Is a swept wing the better option against the winglet [closed]

I know that the swept wing decreases lift and the winglet increases lift. Is it better to have a winglet or a swept wing.

Both ideas are dealing with different physical phenomena, so there is no "better or worse" as they are, actually, sometime complementary.

Swept wing is used in high subsonic (Mach > 0.7) airplanes, and the idea is to reduce the effective incidence Mach on the airfoil, reducing the negative effect of compressibility on the drag.

However, the winglet tries to reduce the negative effect of having a finite wing as the air in the tail generates a vortex which increase resistance. In summary reduces what is called "induced drag".

So... low subsonic airplanes might have winglet and not a swept wing (notice that this one is trapezoidal): 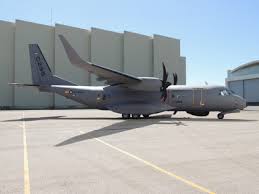 37
What do winglets do to increase aircraft performance?

32
What are the advantages of a forward-swept wing over a rearward-swept wing?
16
Why are swept wings better for breaking the sound barrier?
5
Why does the spanwise flow along a swept wing not accelerate?
1
Why local(section) lift coefficient(CLL) is higher near the wing tips compared to the root on untwisted tapered wings and untwisted swept(aft) wings?
30
Would an 8% reduction in drag outweigh the weight addition from this custom CFD-tested winglet?
3
Why do swept wings decrease the drag increase that occurs in transonic flows?
1
Difference in lift generation for a swept wing and straight wing in subsonic condition
1
For jetliners, how is a swept wing justified over a thin wing?