Why does the bottom part of an aircraft nose curve upwards? 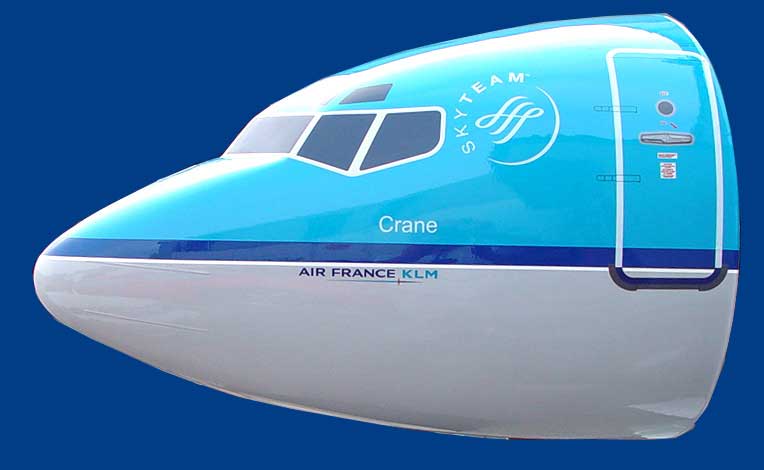 As you can see in this picture the bottom of the fuselage curves upwards to form the nose.

Having the tip of the nose in the centre gives best combination of aerodynamic performance, weight and internal volume. If you move the tip down, the slope above it will either be steeper, leading to higher drag, or longer, leading to greater length and thus weight; or you don't extend the plane, but then the longer sloped part will provide less internal volume. Only the cockpit windows, which need to be on the sloping part, shift the nose a bit down, to the centre of the cross-section just before cockpit.

Cars are different. For a car you want the bottom surface flat, because you don't want to push and compress air in the gap between the vehicle and the ground. But aircraft has air all around and it is most efficient for it to push air equally to all sides, so a circularly symmetrical shape works best.

Also note that lift is yet another thing. Lift requires a sharp, downward-sloped trailing edge.

The nose of the aircraft has to satisfy a number of requirements, some of them contradictory, like

For example, the aerodynamic design of Concorde meant that the nose had to droop during takeoff/landing for good pilot visibility.

For aircrafts flying in transonic regime, some of the best nose shape from aerodynamic standpoint would be to have a symmetric body of evolution based on Haack series of curves. 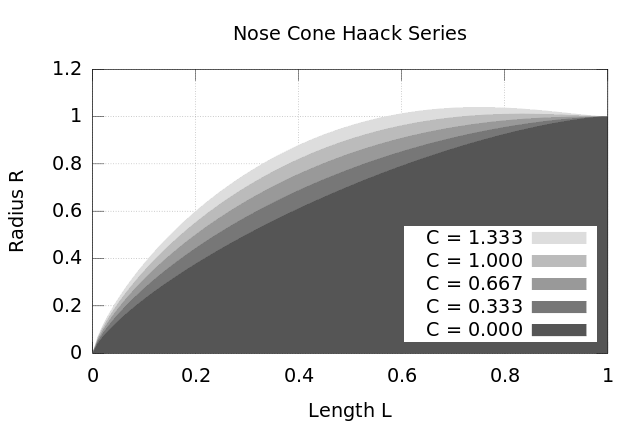 "Nose Cone Haack Series" by Andersenman - Created with Gnuplot using the Haack series formula and a selection of input values for C relevant to the article. Values are 0, 0.333, 0.667, 1 and 1.333.. Licensed under CC0 via Commons.

However, due to fact that the cockpit is on the upper part of the nose region, this arrangement increases the complexity of cockpit windows (they will have to be curved in two axes, atleast) if the pilot has to have good visibility. As a result, center of the the nose is usually moved downwards.

This is the reason for the common profile seen in aircraft noses.

However, the disadvantage of this profile is that the pressure is high in the windshield region compared to the flat profile. 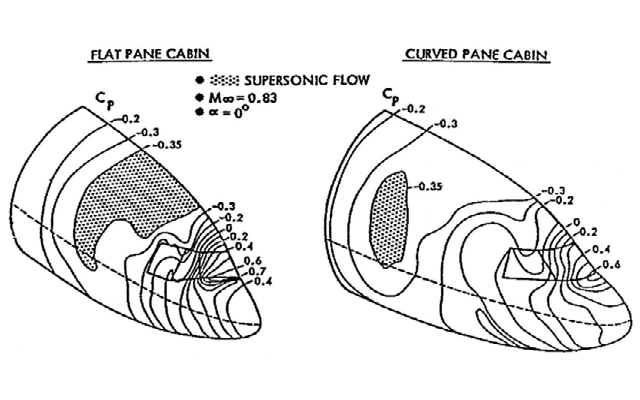 The main problem with (dual) curved cockpit windshield is the tighter quality control required and the associated costs. However, in 787, Boeing has achieved a continuous surface variation. 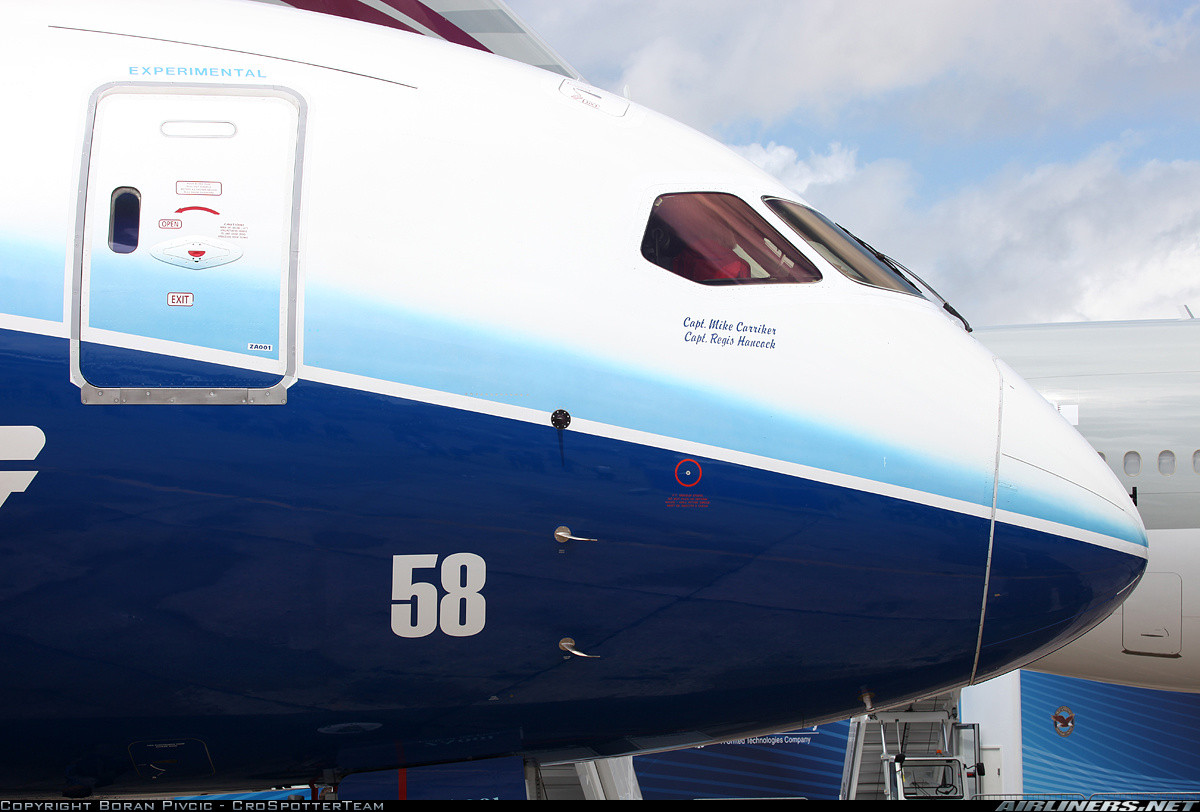 It is to be noted that the aerodynamics is only one of the criteria for nose design. For example, a nose with similar profile to that of 787 was proposed for A350. However, it was later changed to accommodate other considerations. 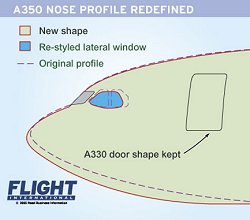 According to Didier Evrard, executive vice-president A350 programme,

There have been a number of trade-offs in the nose area, enabling us to maximise the volume of the cockpit and avionics bay while optimising aerodynamics and the positioning of the nose landing gear 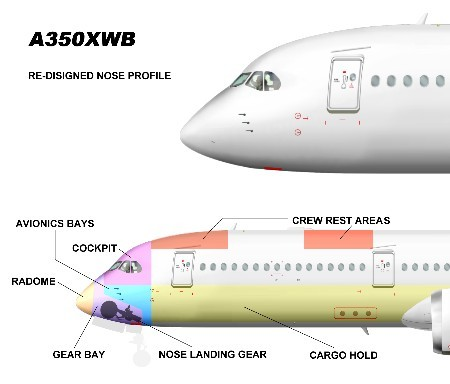 The RAF's Hawker Siddeley Nimrod does.

But only because it is an anti-submarine aircraft; its radar is designed to point at the sea, not the air. Of course you could still put weather radar in a downward-pointing nose, but that would be a waste of space and engineering. Commercial aircraft strive for efficiency, and in this case it makes more sense in terms of balanced aerodynamics and instrument placement for a jetliner to have a nose that curves both upwards and downwards.

Also take a look at another view: 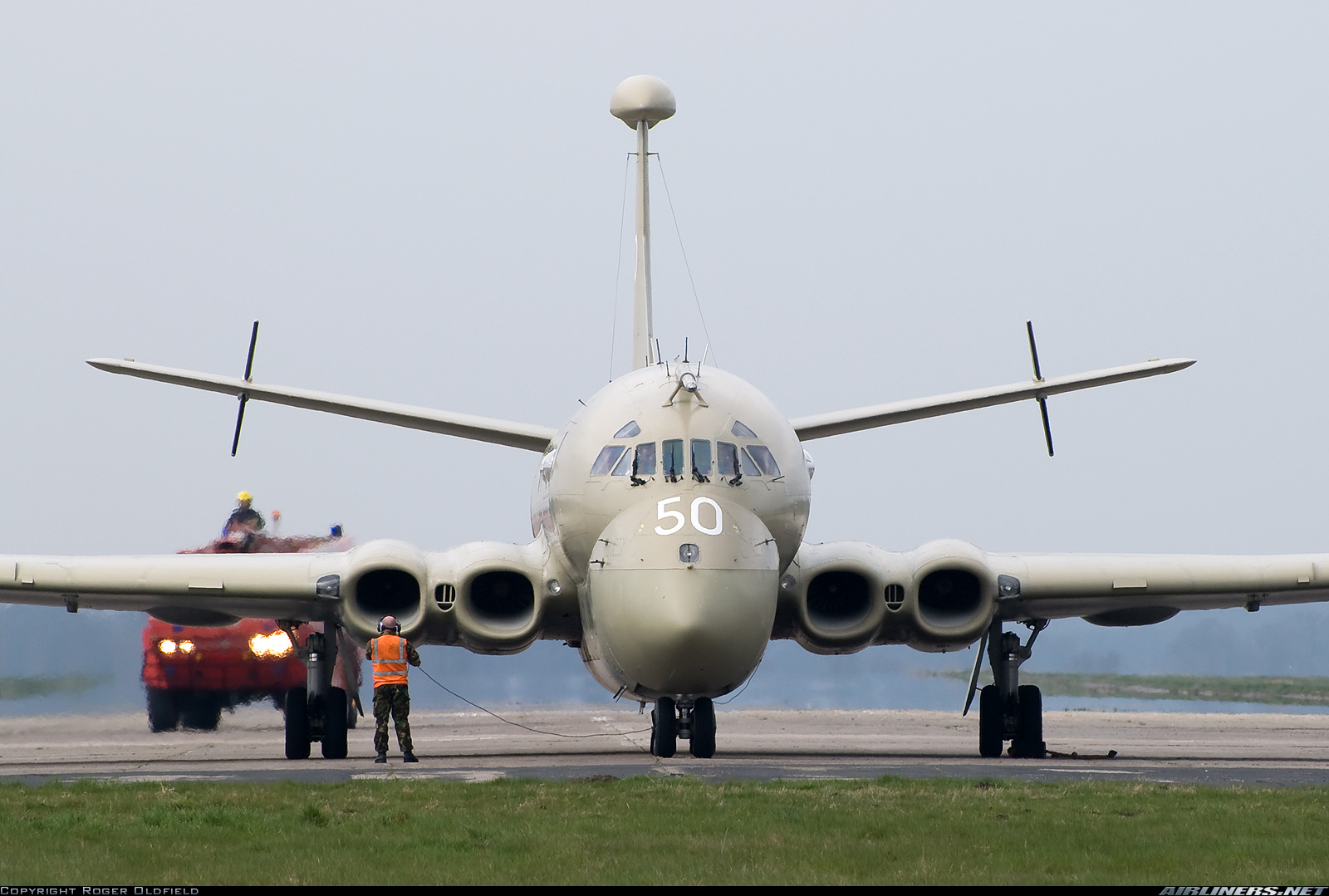 Where would you put the baggage?

Just to add to other answers, evenly sloped fuselage on the top and bottom in the front of the aircraft would create lift and drag somewhat equally in top and bottom direction, thus rendering fuselage aerodynamically neutral like BillOer mentioned in comments.

If you were to design fuselage like the vehicle below, downforce generated by the upper part of the fuselage would push the whole assembly downwards - this is desirable for road vehicles as the more planted on the road they are, the better. For aircrafts however, balance is the key: 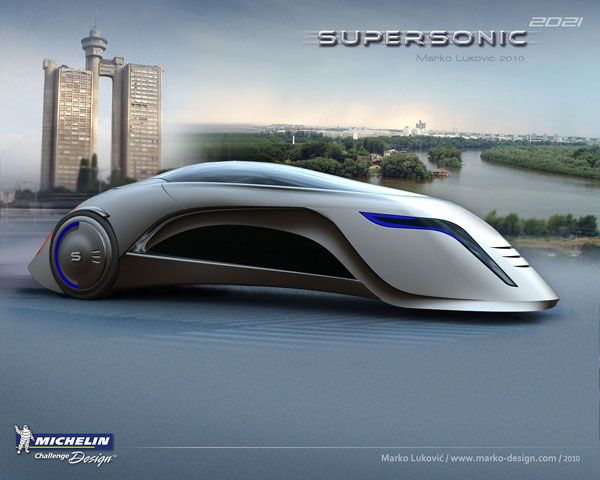 Not the answer you're looking for? Browse other questions tagged aerodynamics airliner nose or ask your own question.

9
How could a twin aisle aircraft (Boeing NMA) ever have a single aisle (A321) economics?

15
Does an aircraft's nose landing gear extend on take off?
51
Why is the nose of the Mig-21 shaped so differently compared to other fighter aircraft?
20
What is this hole in the nose of the A330?
4
Why are some Tomahawk missiles' nose duck-nose shaped?
33
Why, until recently, were smooth nose sections not popular?
1
Why does the Aurora D8 have vents on the bottom of its fuselage?
2
How does the engine produce aerodynamic lift at high angle of attack?
8
What is the “compression ratio” of air hitting the nose?
33
Why does the SR-71 Blackbird sometimes have dents in the nose?