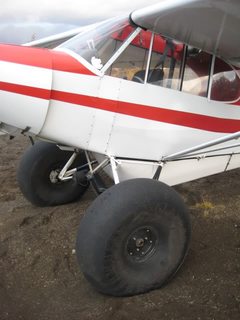 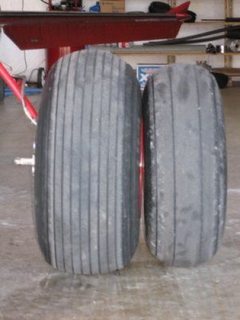 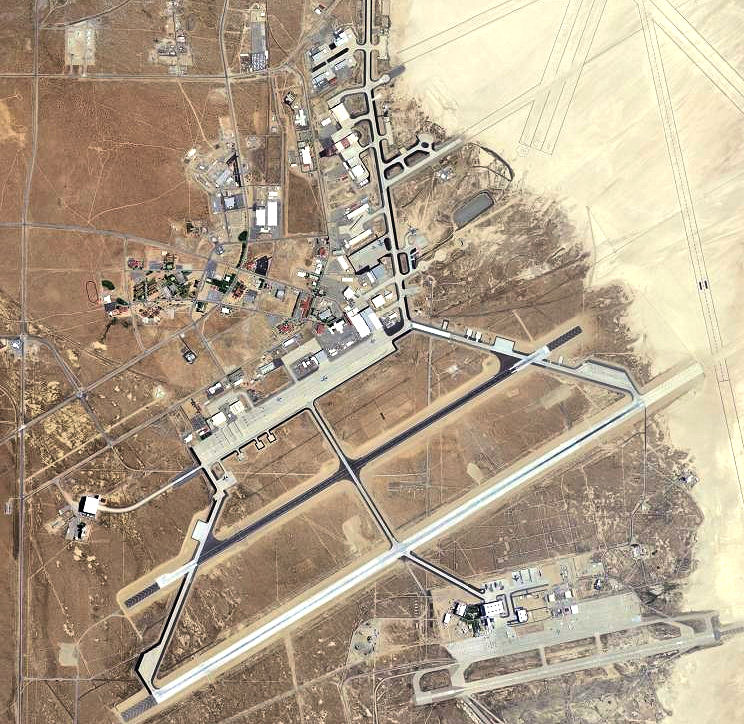 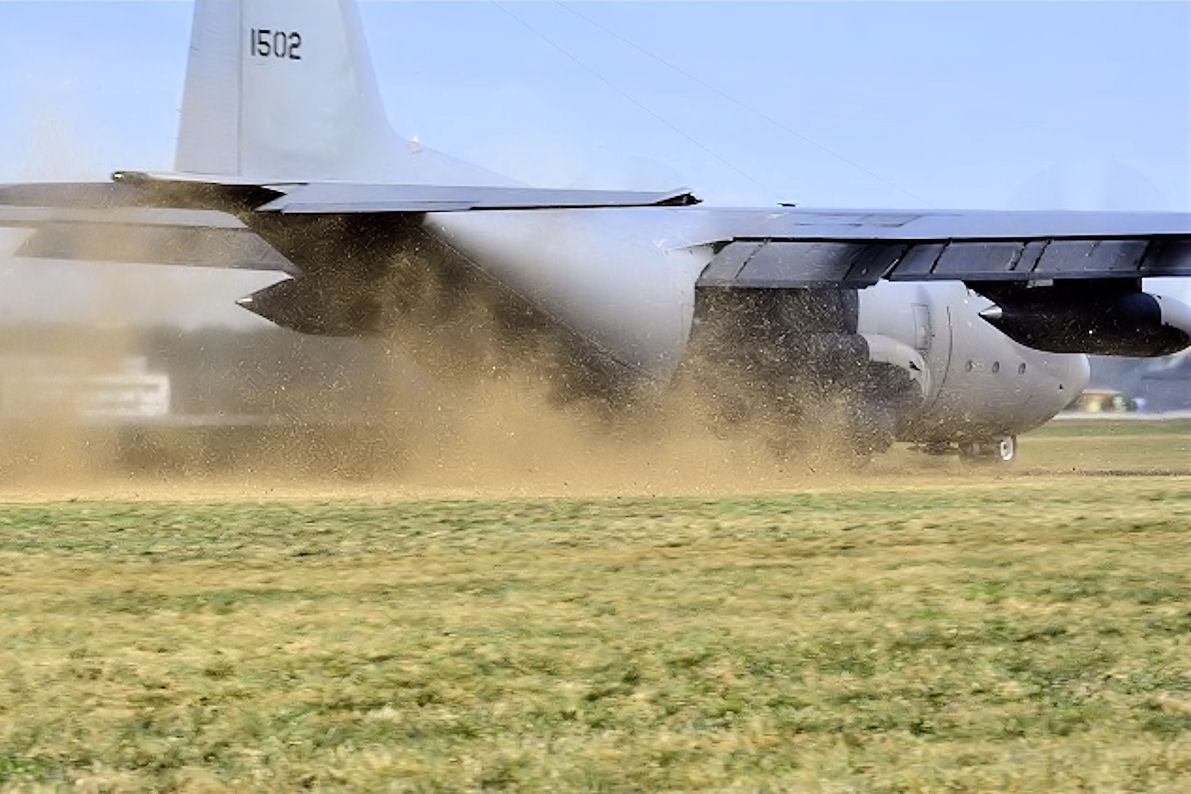 The operative term to look up here is ground pressure. This is simply the force required to support the object divided by the area that force is spread over. You can reduce the ground pressure of an aircraft by increasing the size of the landing gear - most obviously, using more wheels and/or larger wheels. On low-friction terrain (ice, snow), try skis - they're lighter.

The ground pressure of a large Main Battle Tank at rest is about 15psi. This is very low, even though the tank is very heavy, because its weight is spread over a pair of very long and broad caterpillar tracks. This allows the tank to move and fight effectively on almost any terrain short of an actual river. The ground pressure of a normal car is more than twice that, and is closely related to the tyre pressure. Some off-road vehicles have very large tyres that can be partially deflated for this reason.

The actual force to be supported by the ground is not just the weight of the aircraft, but the dynamic forces caused by descending onto the ground during landing. These are obviously reduced if you make a very smooth landing. Dedicated STOL aircraft have many features to control their trajectory at low speed to assist with this, such as blown flaps and even tilted engines. Their slow forward speed at touchdown also minimises the effects of the wheels digging into soft ground.

To respond to some of the asphalt-loving comments... In any off field landing you should ALWAYS land on dirt, grass or mud (even better). Landing on streets and highways is incredibly dangerous because there are cars and people on roads and other dangerous obstacles such as railings, signposts, fire hydrants, traffic lights and highway lights. Also, in any settled areas there will be wires and steel cables strung across the roads which are invisible from the air and can cut a plane in half.

People who advise landing off field on asphalt are just power pilots who don't have off field experience, so they don't know what they are talking about. As any glider pilot or bush pilot will tell you grass is way way safer than trying to land on a road. Even at an airport, it is much safer and easier to land on the grass strip at the airport than the runway.

34
What is the biggest airplane that does not need a paved runway?
34
Can jet airplanes operate on 'rough' airfields?
22
How are modern jets modified to takeoff/land on a dirt runway?
16
How are unpaved strips created and maintained?
7
Why are taildraggers considered more rugged than tricycle?
6
Are tracked landing gear systems still in use and development?
3
What materials are used to build a military runway?
1
Can an aeroplane ever be so far away from an airport that it cannot land?

27
How much force does a 747 land with?
8
What are the FAA regulations on grass airstrips?
9
How does landing performance differ on water vs. ice vs. paved/grass runways?
6
Is it feasible to replace brakes on airplanes with electric motor/generator?
9
Why is the landing distance increased on grass runways?
29
Are grass strips more dangerous than tarmac?
32
Can I land my aircraft on the grass next to the runway at a public airport?
10
What are the costs versus benefits of takeoff/landing on grass versus pavement in a light aircraft?