Why does condensation form on the wing especially during take-off and landing?

To start off, yes this question was asked before, yet I don't find the answers satisfying and here is why:

It appears to me that this phenomenon only appears during the approach phase of a flight and during low speed turns, or rather when the angle of attack is rather high. Also, usually the flaps are deployed when it happens, yet I'm not sure if that makes a difference.

Considering this, the answers wouldn't necessarily answer my question. They all talk about how there is a lower pressure above the wing, which causes the dewpoint to drop and thus makes the water condense. But is there a "lower" lower pressure when the angle of attack is higher and therefore making this phenomenon occur more often? Or is the point at which the laminar airflow gets turbulent (which moves forward as the aoa is increased) an important factor here?

Here is a picture to show what condensation I mean: 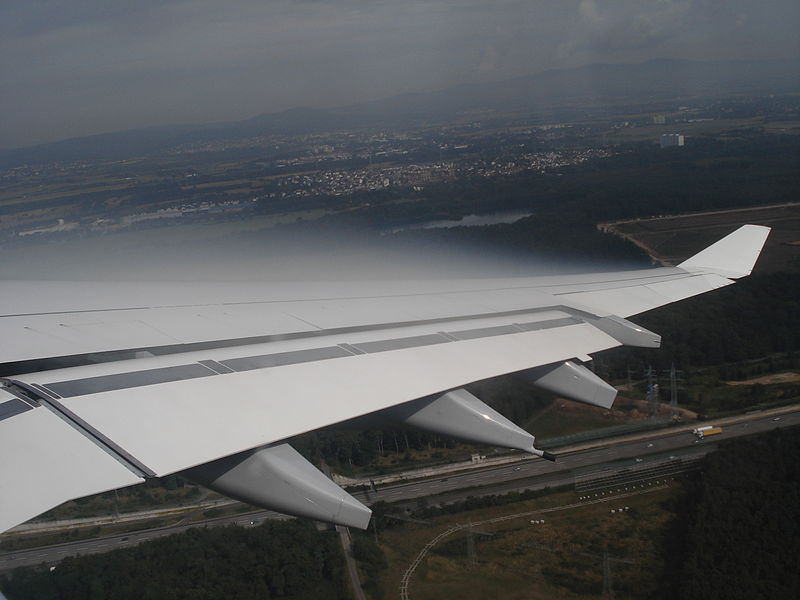 And a more extreme one: 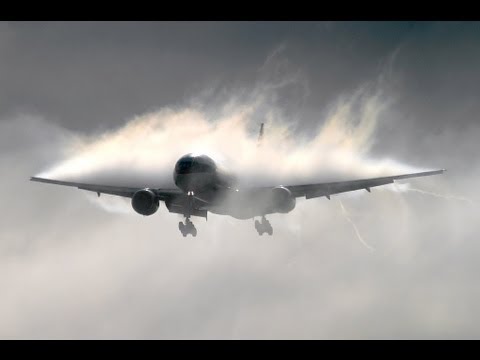 Yes, speed and flaps do make a difference.

The lift created by the wings is approximately constant over the duration of a flight. With full tanks, it is higher at the beginning of the flight, and when the aircraft banks, it is again higher to create the centripetal force for changing its course. But the difference is small¹.

Lift is caused by a pressure difference between the two sides of the wing. In cruise, this difference is low but extends over much of the wing's chord. At low speed, however, the suction on the top surface has a peak right aft of the leading edge, so the maximum suction is bigger than it is in cruise. Exactly this changed pressure distribution causes the humidity to condense, because it lets the air's relative humidity rise above the condensation point. In cruise, the pressure change is lower and the dew point is not exceeded. Also, since the airplane flies slower when close to the ground, the air has more time for the condensation to develop.

See below for a color-coded plot of the speed distribution over a typical airliner airfoil in the landing configuration. Red symbolizes the lowest speed (highest pressure), while purple stands for the highest speeds with the lowest pressure. Such suction peaks must be avoided in cruise to enable the aircraft to fly at a high cruise Mach number. 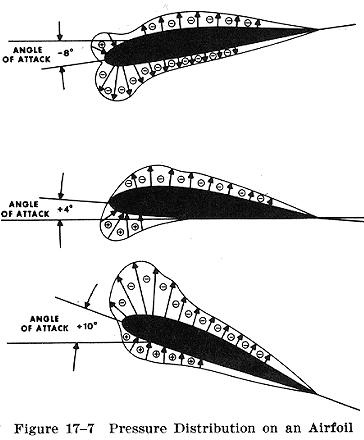 However, the clouds are formed during any subsonic maneuver that reduced pressure over the upper surface of the wings, like high-g turns. 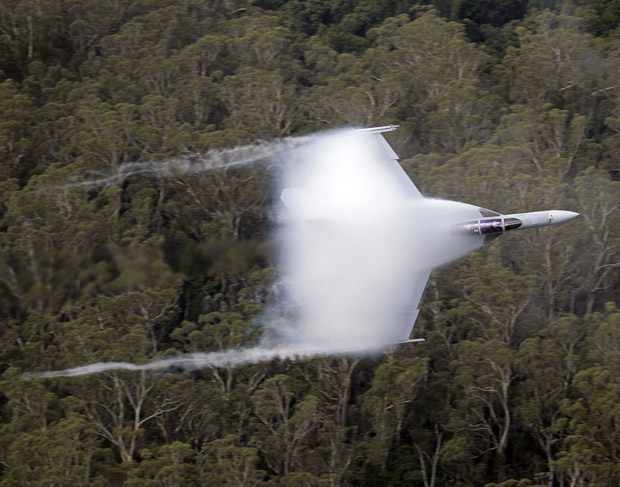 Let's remember for a second that on the upper side of the wings there is lower pressure than the free stream (air far from the aircraft).

If the aircraft is travelling through humid air, the adiabatic process (which all packets of air that end up near the wing have to "suffer") dictates that:

Still from the wikipedia link above:

Adiabatic cooling occurs when the pressure on an adiabatically isolated system is decreased, allowing it to expand, thus causing it to do work on its surroundings. When the pressure applied on a parcel of air is reduced, the air in the parcel is allowed to expand; as the volume increases, the temperature falls as internal energy decreases.

If the initial $T_{\infty}$ was already low enough, or if there was enough umidity in the air, the packets of air above the wings finds themselves below the dew point, producing the condensation that prompted your question.

But is there a "lower" lower pressure when the angle of attack is higher and therefore making this phenomenon occur more often?

Yes, higher angles of attack mean higher lift, that is generated by higher differential pressure between upside and underside of the wing. Remember that the lift is roughly

and since the weight of the aircraft is not reduced, to keep the lift constant at lower speeds (such as the speeds just before landing) you need an higher $\alpha$.

To prevent the need of extreme angle of attacks, the effect of the flaps is to increase the $C_{l\alpha}$, meaning that for the same angle of attack you get more lift, changing the proportional relationship above.

When you next snap open a can of fizzy drink watch carefully at what first comes out of the hole. A tiny cloud of condensation that quickly disperses. This is your personal adiabatic decompression demonstrator. It's exactly the same Physics as what's going on in the photos above.

it appears to me that this phenomenon only appears during the approach phase of a flight.

Flying at high altitudes where it is -40°F fuel in the wings cold soaks.

That is my answer for the first two pics of the commercial aircraft above, the one pic of the vapor bubble or whatever about the fighter jet I would remove from the discussion too many unknowns about the picture regarding speed and the maneuver. Commercial Jet aircraft flying > 30,000 feet altitude for X amount of time the wing becomes a nice cold plate increasing the likelihood and making it more common to see during the approach/landing phase of a commercial flight.

47
What is this flange on the engine?
13
Why are wings load tested upside down?
10
Could clouds on aircraft wings produce lightning?
12
What is the mechanism by which condensation forms above wings?
11
Does the downwash created by induced drag increase or decrease lift?
5
What is the chord of a wing?

11
Is the stall speed different at -1G?
5
Why the need to use right rudder during stall recovery?
5
What's the pattern of airflow over the airfoil at high angle of attack?
3
Does a rotating control surface change the wing area?
8
Why does elevator input move the turn coordinator ball in steep turns?
7
Why does the A320’s maximum allowable aileron deflection decrease, rather than increase, when the flaps are extended?
2
Does using wings with different wing loadings work the same as a swing wing, without swinging the wing?
6
Why do wings prefer laminar flow if cd is lower for turbulent flows?
3
Does the Prandtl flying wing have a lower maximum speed than other designs?