Is there a maximum airspeed to deploy a ram air turbine?

Is there any airspeed limit for deploying a ram air turbine? Can airspeed be determined from the rate of its propeller rotation? Could that data be used to determine altitude?

Is there a maximum airspeed to deploy a ram air turbine?

The ram air turbine (RAT) can be extended and used at any speed above a minimum speed, because under this minimum speed, power is difficult to generate.

Generated power may be decreased below 130 knots, and extension is prevented below 100 knots because of additional drag produced for nearly no power obtained.

The RAT can be extended automatically (loss of engines or pressure) and manually, e.g. logic for RAT extension on A330 (note the inhibition by airspeed below 100 kt and by on-the-ground sensor: 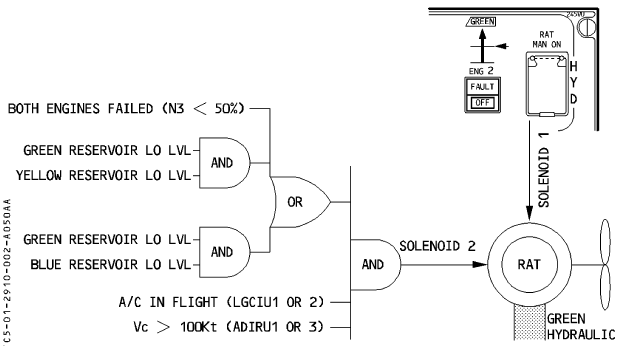 Can airspeed be determined from the rate of its propeller rotation?

No, the RAT turns at constant speed to produce a constant AC frequency or hydraulic pressure or both. The rotational speed is stabilized by a governor which adjusts the angle of attack of the blades according to airspeed.

If the governor fails to maintain the speed, there is a security to prevent overspeed and blade damage/release.

The most popularized RAT use may be for AC143 Gimli Glider, with a dual engine loss. 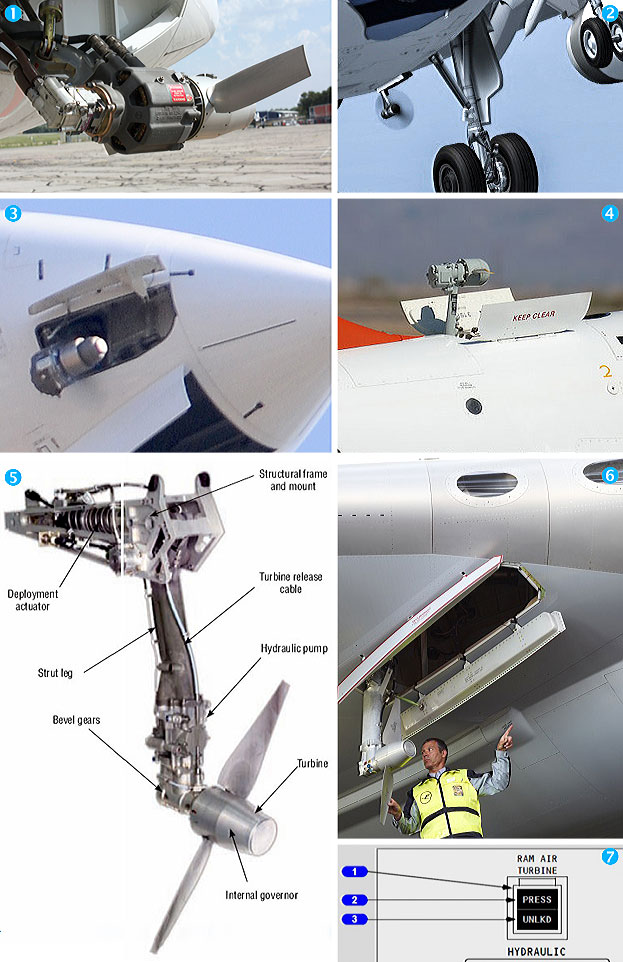 The rate of spin of RAT in the no-load condition is closely related to TAS, so by comparing this to IAS, you can calculate altitude, or at least density altitude.

Not the answer you're looking for? Browse other questions tagged aircraft-systems emergency airspeed rat or ask your own question.

18
Do jet aircraft have an emergency propeller?
14
Why would a RAT be deployed at takeoff?
1
Would "wind turbine generators" in the bypass stream save fuel for jetliners?

30
How do Ram Air Turbines get deployed?
13
Why is there a compressor in an air cycle machine?
5
How much power is generated by a Ram Air Turbine (RAT)?
7
What are the pros/cons of ram air turbines?
14
Why would a RAT be deployed at takeoff?
26
Does a Boeing 737-800 Have a Ram Air Turbine (RAT)?
8
How does an air-data computer convert ram air pressure from the pitot tube into airspeed?
4
How do pilots decide whether or not to deploy a ram air turbine?
2
What are the equation linking static air temperature with true airspeed & altitude?