Why do wing tip vortices tend to be most dangerous when there is a light quartering tailwind?

I understand how wing tip vortices be effected under a headwind or crosswind. However, what are the differences in effect between tailwind and light quartering tailwind?

Why is it most dangerous when there is a light quartering tailwind?

According to the FAA's Pilot and Air Traffic Controller Guide to Wake Turbulence (section 2.4.5) it's because:

They have a handy diagram to illustrate the vortex paths from an aircraft at 0, 3 and 6 knots. You can see that a light, 3-knot crosswind causes one vortex to still be in the flightpath after 20 seconds, whereas with 0 or 6 knots of wind the vortex is out of the flightpath completely. You can't see tailwind on this diagram, of course, but the principle is the same: it blows the vortex down the runway (flightpath) rather than away from it. 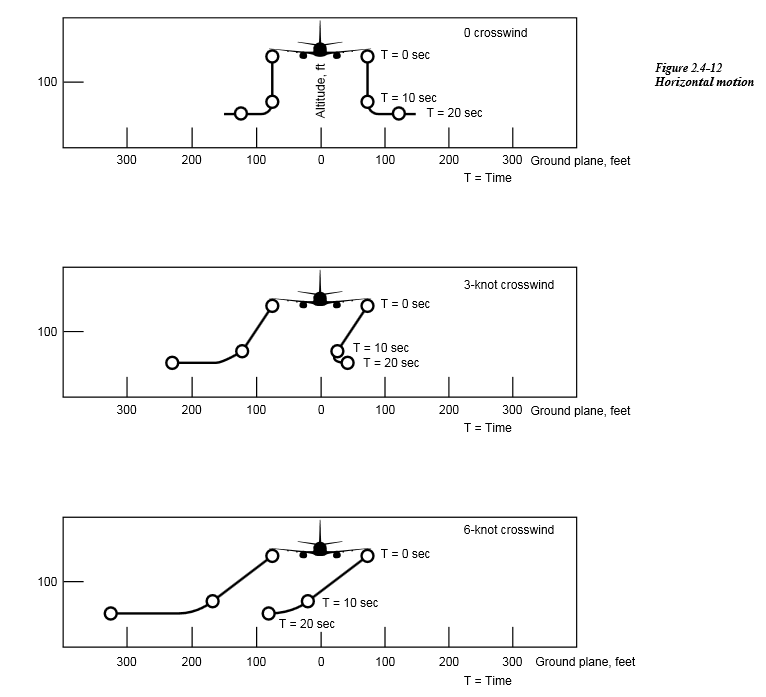 The wing tip vortices cause significant problems for (small) aircraft taking off after a large aircraft. the FAA Advisory circular 90-23G deals with this.

As an aircraft takes off, the the vortices sink behind the aircraft and move laterally over the ground.

In case of no crosswind, the vortices simply move laterally away from the runway at low speed.

Assume that the aircraft is landing after another one. However, if there is a tailwind, the trailing vortices of the preceding aircraft can be moved into the final approach of the landing aircraft.

Thus a quartering tailwind presents the worst of both worlds: It move the upwind vortex right in the path of the incoming aircraft and keeps it there longer than usual. The situation is similar for takeoffs.

This is the reason it is considered to be the most dangerous situation.

3
How do wing tip vortices interact with the airflow on an wing with winglets?

5
Why is a wing tip's front edge tapered?
3
What is the relationship between angle of attack and wake turbulence?
1
How can I calculate effective wingspan of a high aspect ratio model airplane?
18
Why does a clean configuration lead to the generation of greater wingtip vortices?
7
Is induced drag caused because of the tilt of the wing backwards?
3
How do wing tip vortices interact with the airflow on an wing with winglets?
3
How and why do wake vortices come together to form two tip vortices?
2
Why does the effective alpha/CL increase at wingtip of swept wing?
0
Why is the circulation around a centrifugal impeller blade tip the opposite to a wing tip?