How does the raked wingtip of the Boeing 787 work? 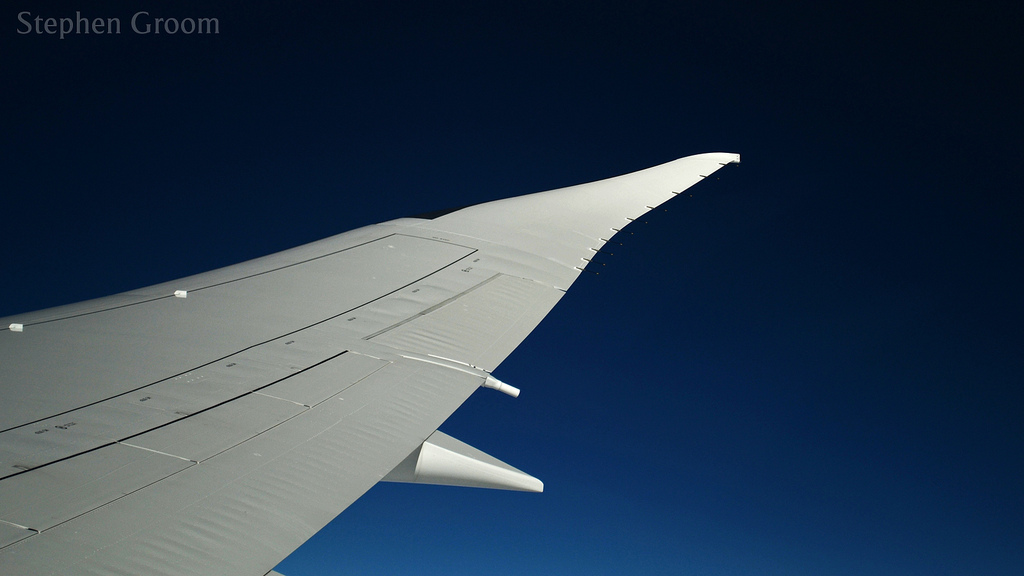 The raked wingtip of the Boeing 787 is now "le denier cri" in wingtip design, but has been successfully employed by water fowl for many millennia. The use of composite structures has made the three-dimensional shaping of wingtips much easier, and the first airplanes to use increased sweep at the wingtip were indeed composite gliders such as the Schempp-Hirth Discus. 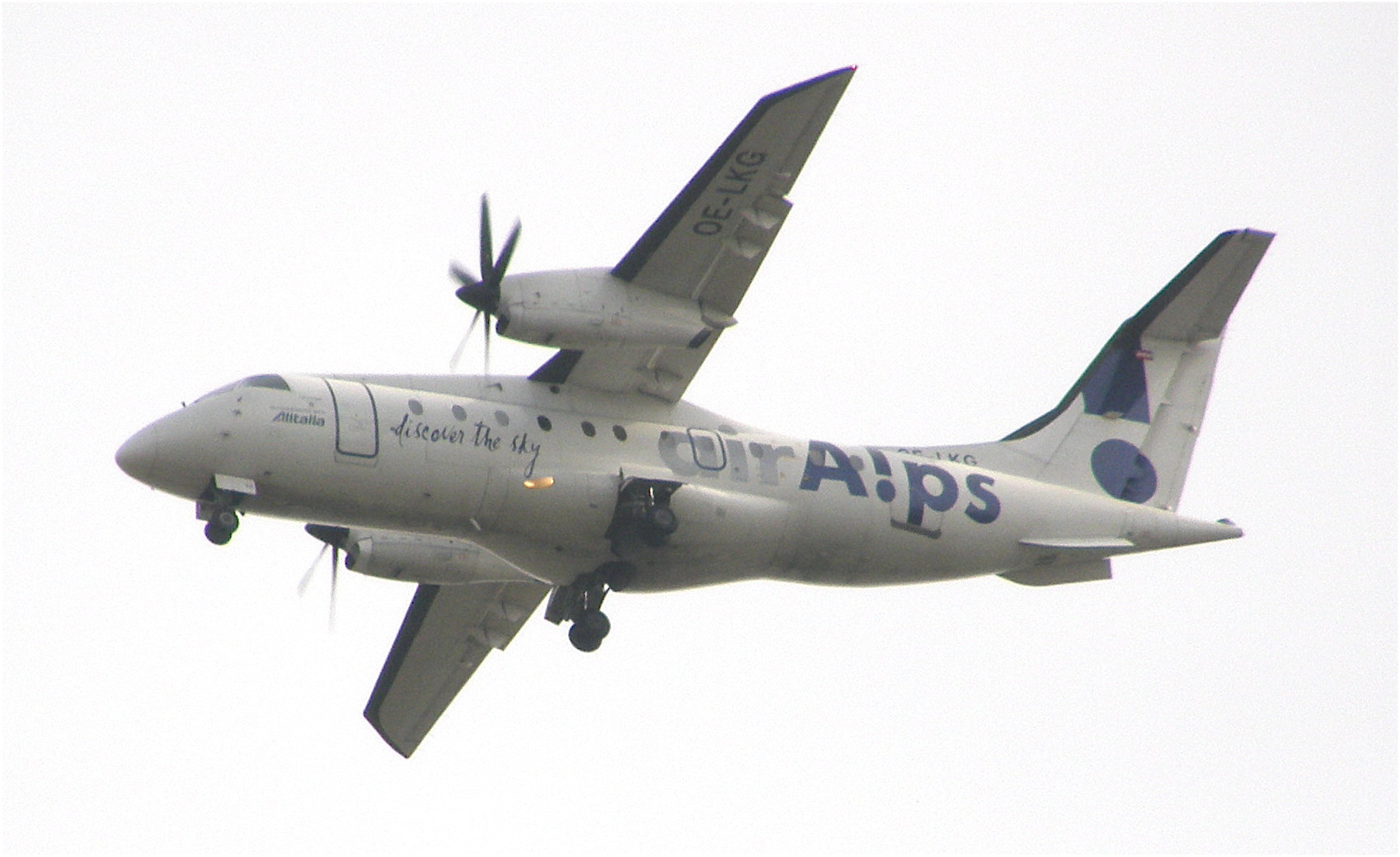 You can think of the raked wingtip as of a winglet which has been folded down. Increasing the wingspan will involve a bigger mass of air into the creation of lift, and the induced drag is reduced. This explains already most of the effect, but the increased sweep adds some more benefits.

This aeroelastic tailoring, together with the low fuel consumption of modern high-bypass-ratio engines, allows the Boeing 787 to use a wing of an aspect ratio of 10 and the A350 one of up to 11.8. Previously, - apart from gliders - only special designs for extreme flying time and range like the B-24 Liberator or the Breguet Atlantique sported such high aspect ratios. Older airliner designs had to use lower aspect ratios (between 6 and 8.5) to have enough wing volume for fuel.

The purpose of the raked wingtip is same as that of the winglet- to reduce drag by reducing the effect of the wingtip vortices. 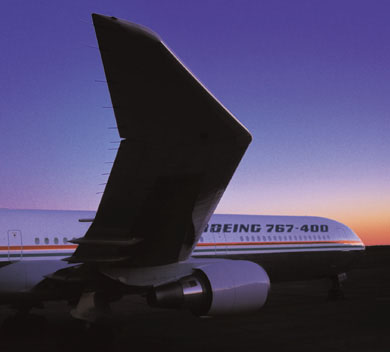 In case of raked wingtips, the tips of the wings have more sweep compared to the rest of the wing. 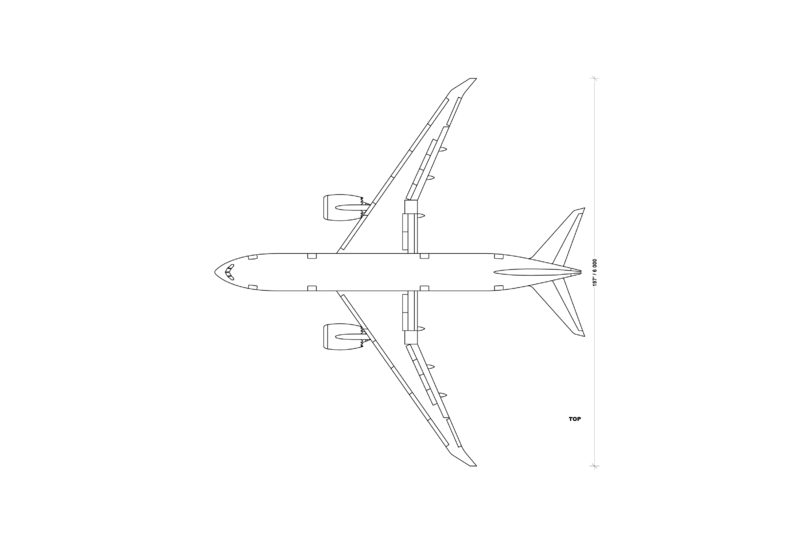 The raked wingtips are more efficient compared to the winglets in cruise and are used in ultra long range aircrafts. 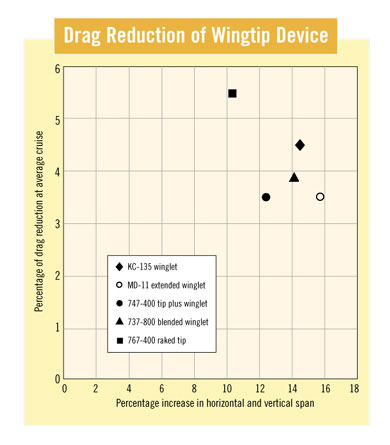 Note: The photo is not very clear. I'd simply answered about the raked wingtip.

57
Is a winglet better than an equal span extension?
36
What do winglets do to increase aircraft performance?
38
How does an aircraft form wake turbulence?
26
Is wingtip design mature?
21
What dictates the aspect ratio of an aircraft's wing?
6
Is there any benefit of using a swept wings at low-subsonic speeds?
9
How to recognize the horizontal winglet in the Horten design, or the experimental glider in this video?
10
Why are there different types of winglets?
-5
Is there any difference between the Boeing 787 and the 737 MAX?
4
What is the purpose of thinner airfoils used near wing tips?
See more linked questions

14
What does the small fan do that is visible on Boeing 787 Dreamliners on landing?
5
How much effect does the nose design of the plane have?
5
What are the advantages and disadvantages of have the wing positioned further aft on an airplane?
3
What is the cause of the whiny noises in cabin of the Boeing 787?
16
How does the dihedral angle work?
4
How does wing flex reduce wave drag?
2
Why does the effective alpha/CL increase at wingtip of swept wing?
4
Why are wings not tapered all the way to reduce vortex drag?
0
Does the 737 have a higher aspect ratio than most later 7X7's?