How does a fuel tank fire self-extinguish in an A380?

...an undetected fire in the left inner wing fuel tank that eventually self-extinguished

How does a fire in a nearly full fuel tank self-extinguish?

The Australian Transportation Safety Board's Final Report gives a couple of possible reasons that the reaction was not sustained in Appendix D on page 257:

Note that Jet-A requires quite a bit of activation energy to vaporize and burn. If the burning of what fuel did burn didn't produce enough energy to provide activation energy for the surrounding fuel, the fire would not be sustained. The fire was likely very brief as the turbine disc fragment passed through the tank.

From what I've heard (I haven't tried this myself,) you can drop a lit match in a bucket of Jet-A and it won't ignite. Using fuel that doesn't easily burst into flames in a vehicle designed to carry tens of thousands of gallons of fuel at several hundred miles per hour is desirable and intentional for obvious reasons.

To illustrate just how hard it is to burn Jet-A, the fuel tanks in Asiana 214 never ignited. The entire fuselage was burned out, but the fuel tanks never burned. 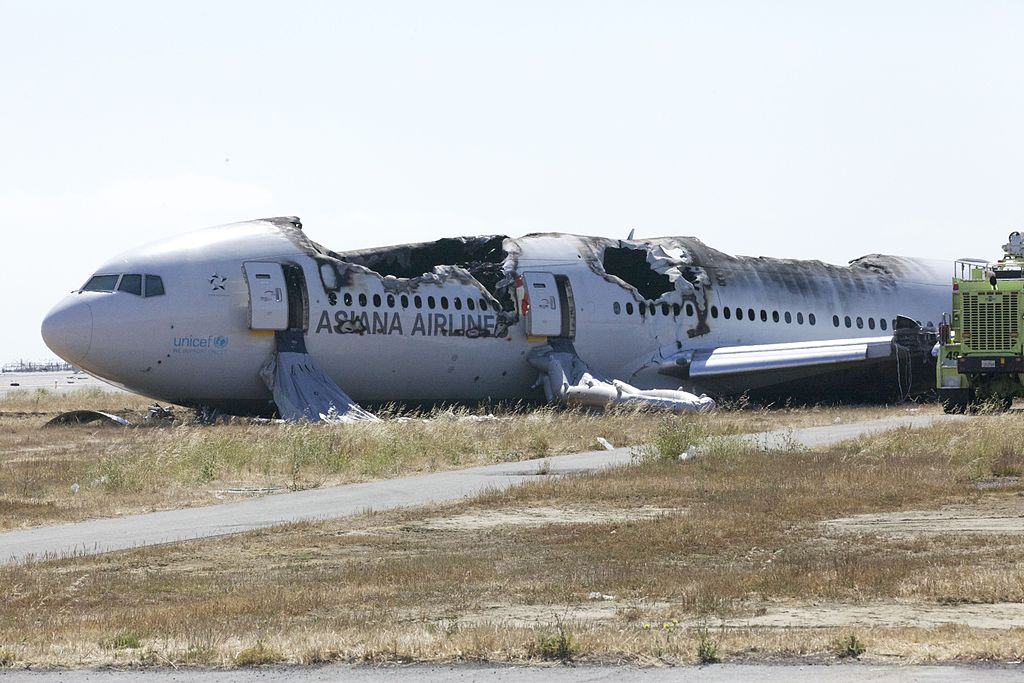 Not the answer you're looking for? Browse other questions tagged aircraft-design safety airbus-a380 or ask your own question.

10
What happens if fuel tanks are hit by gunfire?

20
Why is water in the fuel tank bad?
15
What is the appropriate fuel tank selection to land a 172?
5
Is there any particular reason the A380 doesn't have a centre wing tank?
23
In WW2, were self-sealing fuel tanks really cost-beneficial?
4
How does wing bending relief of an a340 compared to an a330 allow it to carry 30t more fuel in a center section of nearly identical wings?
1
Would a de-aerating fuel tank have any benefits?
4
How should ground crews act to safely extinguish an airliner's brake unit fire?
1
What would happen when the fuel tank of a Cessna 172 became (partial) vacuum during horizontal flight?