What was the purpose of the “tail prop” on the Ilyushin Il-62 and why was it necessary?

I read somewhere that the Ilyushin Il-62 had a "tail prop". What was this device and why was it needed on this aircraft?

Are you asking about the rear support wheel? It is for supporting the aircraft and avoiding tilt on the ground. 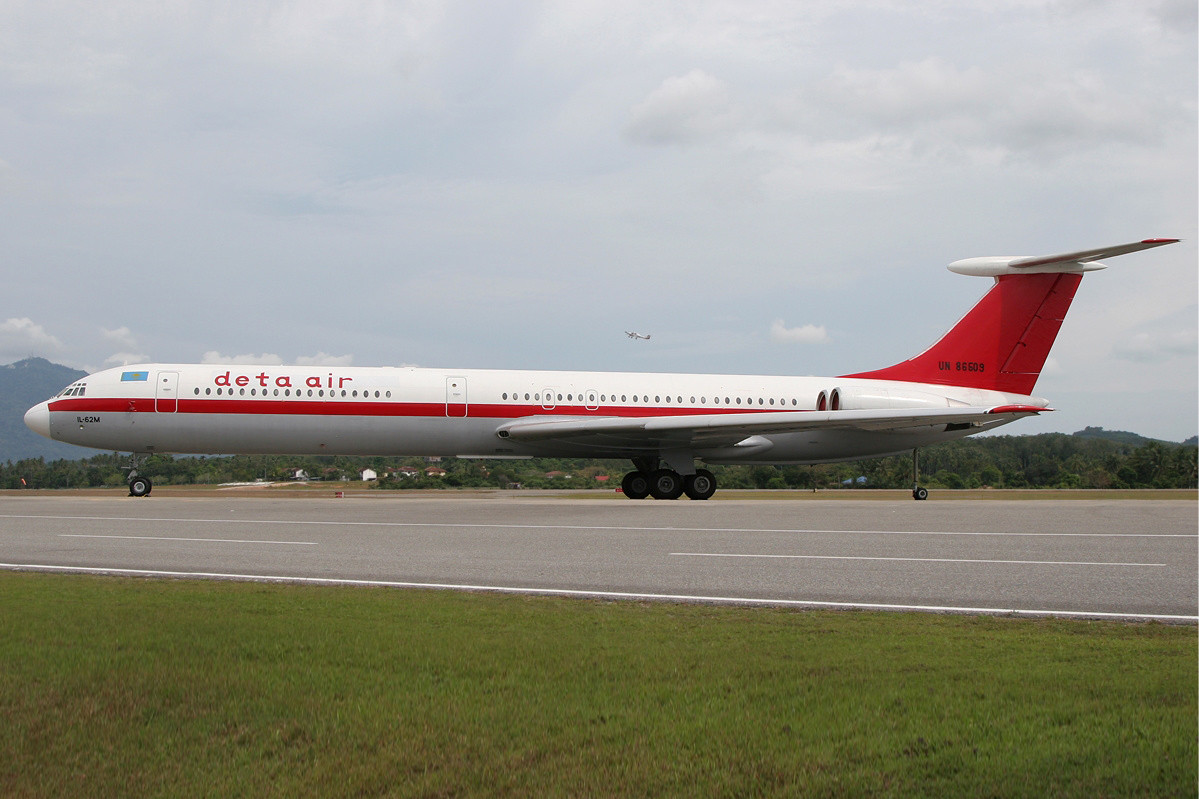 As the aircraft had four engines in the aft, the cg would've been aft too; so they added a tail prop to prevent tilt on ground.

Interestingly, this doesn't seen to be unique for Il-62. Another aircraft with rear mounted engine, Sud Aviation Caravelle, has something similar to this. 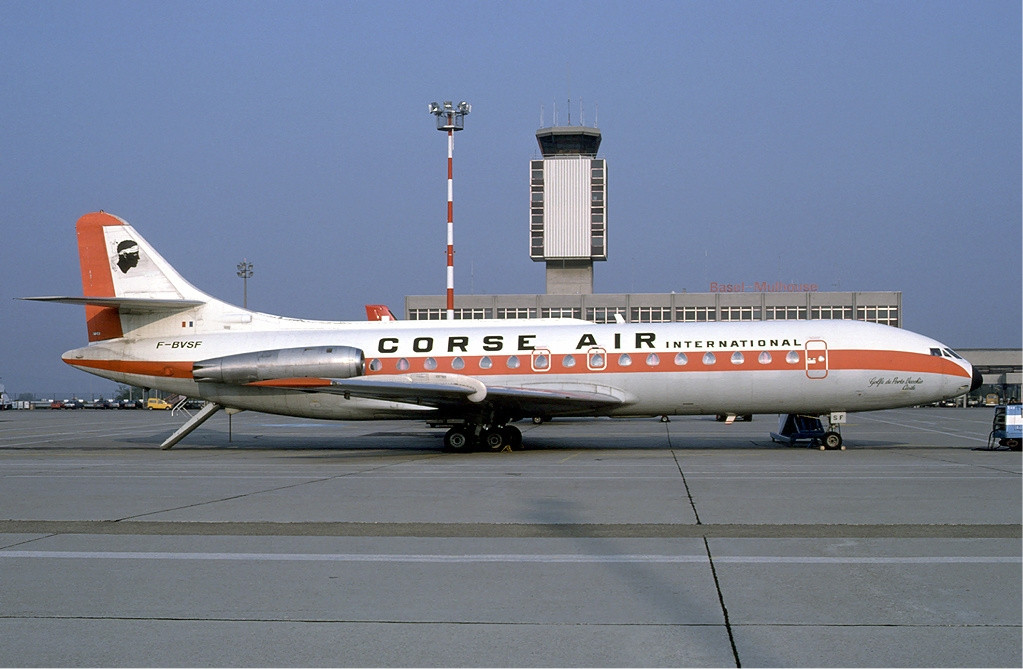 The 'tail prop' is more accurately described as a tail support. I remember seeing these on Il-62s at Heathrow in the 70s. They were deployed as the aircraft arrived at the gate, and retracted just before pushback.

Anecdotally, the aircraft had a propensity to tilt backwards and strike the tail on the ground during loading and unloading operations as the CG moved. The tail support eliminated this possibility. 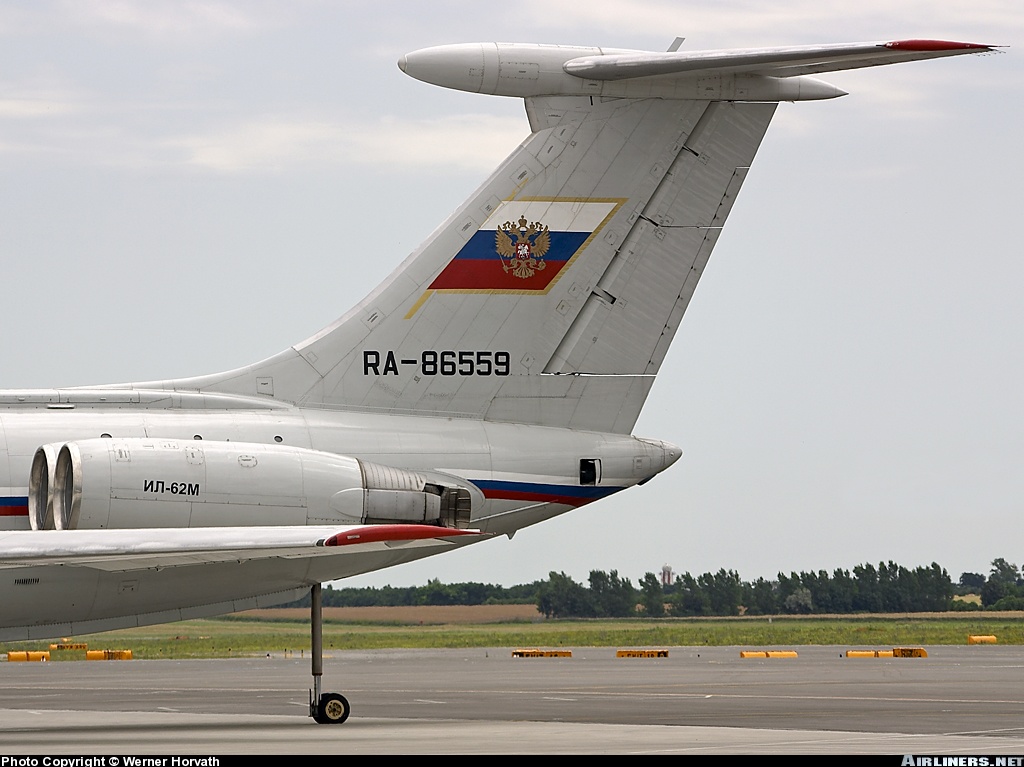 They're called "tail stands" for planes such as the Cessna Caravan.

During loading and unloading the CG can be tail-heavy enough that the aircraft would otherwise fall back on its tail. 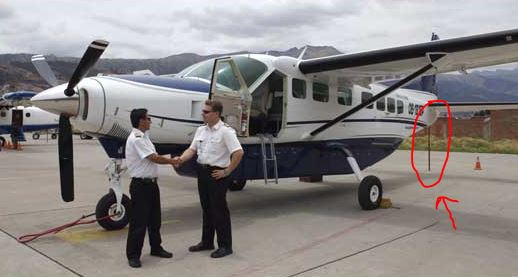 I found an Aircraft Operations Manual for IL-62 and IL-62 M of former GDR carrier Interflug (in German language):

According to this manual, the "tail prop" supports several functions.

The tail prop features two self-steering wheels and a suspension system. No brakes, no active steering. It is extended and retracted by an electric motor, backed by a hand crank. (4.1.8. No. 1.3, fig. 4.1.8./5)

Probably, the tail prop is also designed to provide some protection in case of a tail strike (since it's wheels partly remain outside fuselage), but this function isn't mentioned in the manual.

It's a tail stand -- it prevents the airplane from tipping up and back onto its tailfeathers in a most embarrassing fashion, even if you have to load it back to front or unload it front to back (image from Aerospaceweb's question on landing gear): 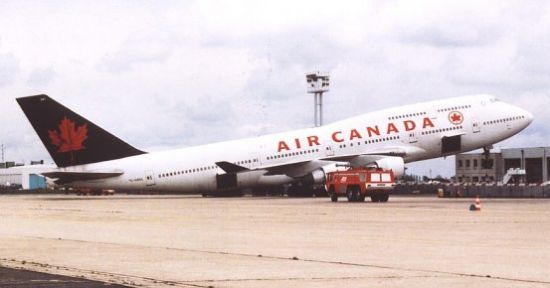 Improvised tail-props were a feature of early, tricycle landing gear, military aircraft. Grumman's F7F Tigercat, certainly. There are photos with 55 gallon drums + assorted odds and ends as props, in place, and also photos of unsupported planes sitting with nose-wheels off the ground...

At that point in Grumman's history, nobody would have expected resting the tail on the ground would do any damage to the airplane...

This is a very interesting take on CG vs Clift, in this case while the aircraft is not moving! The wheels are holding the aircraft up. It would take a relatively small amount of force to tip the plane onto its tail while loading or unloading. A little like a table with 3 legs instead of 4.

While taking off, the aircraft has to be able to rotate, which means the main gear need to be only slightly aft of the CG when fueled and loaded for flight. On the ground this creates the potential for it to go "tail dragger" if cargo is removed from the front or added to the back. Moving people from front to back was actually used in airships to help trim CG.

But it is very, very important to realize this is not done "because engines are heavy" and the designed CG is somehow unsafely aft. Jet engines are actually (lb weight per lb thrust) much lighter than their piston counterparts. Aircraft with swept wings who must, by necessity, mount the landing gear closer to the fuselage (or in the fuselage) would have a greater tendency for "ground Clift" issues. The B52 designers solved this by mounting the wing at a higher AOA than the fuselage and taking off WITHOUT rotating, relying only on speed to lift the aircraft off. This also fits well in pilot training not to "pull up" a large aircraft, as shear mass would make recovery of precious airspeed difficult, even with lots of excess thrust available.

The "tail pogo" is strictly a safety precaution while passengers, cargo, and fuel are being loaded or unloaded on the ground,

Many smaller turboprops and piston twins use 'tail props' or 'pogo-sticks' as they are known here. Certainly Twin Otters, BN Islander and Trislanders use them. Can't comment on the Caravan. The last one I was son a few weeks ago had floats ;-)

While the empty IL62 is a bit tail heavy, once the airplane is laoded with passengers/bags and cargo the CG will be moved forward. Look at how much longer the fwd fuselage is compared to the aft section, its around 4 times longer!

The MD11 has a similar proportion where the forward fuselage is much longer than the front. I've done the load-sheet for MD11 freighters and while the empty CG is VERY tail heavy, with a full load the CG is usually at the fwd limit.

Not the answer you're looking for? Browse other questions tagged aircraft-design il-62 or ask your own question.