Can a paying passenger ride in one of the cabin jumpseats?

Is there any regulation that prohibits passengers from using a cabin jumpseat (normally used by cabin crew) if there is no passenger seat available? Like the two shown below.

In other words, can any of the cabin jumpseats be sold? (Given that cabin members are fewer than the available jumpseats of course.) 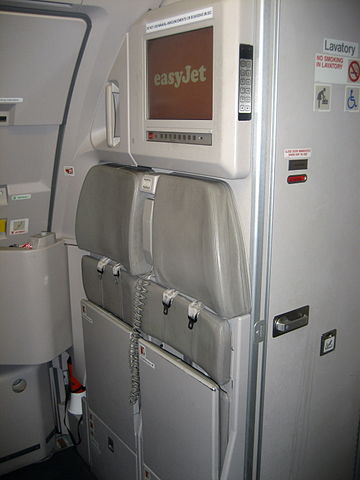 If you're talking about one of the jumpseats in the flight deck (as opposed to the ones FAs use in the passenger cabin,) then, no, it's definitely not allowed during flight, at least not in the U.S. or E.U. It may be allowed elsewhere, though.

The regs are a bit too long to quote here, but, to summarize: You're not getting into the flight deck during flight unless you have a valid, FAA-approved reason to be there. The mentioned exceptions were mostly FAA, NTSB, airline, or manufacturer employees and, even then, only ones with legitimate safety or operational reasons to be there. It is also mentioned that the PIC retains the emergency authority to deny access to even the FAA/NTSB/etc. personnel in the interest of safety.

Apart from all of the aforementioned categories of people allowed "a crewmember" is listed separately as being allowed, of course.

In an emergency situation that requires immediate decision and action the pilot in command may take any action that he considers necessary under the circumstances. In such a case he may deviate from prescribed operations procedures and methods, weather minimums, and this chapter, to the extent required in the interests of safety.

This exception allows the pilot of a Part 121 operation to deviate from any Federal Aviation Regulation when it is required in the interest of safety. So, the Pilot-in-Command may allow you to sit in the flight deck if he deems it's necessary for safe operation of the aircraft. As such, this exception allows other pilots to access the flight deck in the very rare instances where one of the pilots falls ill and the pilot-in-command decides to get another (non-airline) pilot who happens to be on board to sit in the right seat to help out for the remainder of the flight.

This answer over at travel.SE also mentions that CAT.GEN.MPA.135 is the relevant EASA (E.U.) regulation preventing passenger access to the flight deck during flight.

As a notable exception, this answer here at aviation.SE does mention that South Africa allows licensed pilots to visit the flight deck during flight and that you might even get to ride in the jump seat.

See the FAA FAR Here for the full regulations but it says:

(b) Except as provided in paragraphs (b)(1) and (b)(2) of this section, each person on board an airplane operated under this part shall occupy an approved seat or berth with a separate safety belt properly secured about him or her during movement on the surface, takeoff, and landing.

For what it's worth, there could be an issue in allowing a passenger to use the jump seat (essentially buy that seat for the price or reduced price of a ticket) since it was not available to the other patrons at the time of ticket purchase.

Yes, it is possible. It happened to me on KLM, on a flight from Singapore to Amsterdam maybe 15 years ago. I had booked business, but KLM had overbooked and offered me to choose between a much later flight or economy. This was the Jakarta - Singapore - Shipol flight with only 8 business seats, operated with a 747 combi.

The economy seat was so small that I could only sit with my legs sticking out into the aisle. The flight was fully booked and I had no chance to get a decent seat. One flight attendant first tried to convince a petite lady in the first row of the cabin to swap places, but the lady refused. So the flight attendant offered me the jumpseat because it was the only one left with sufficient legroom.

For the landing I had to return to the regular seat, but that was okay because cabin service had ended and the flight attendants could no longer try to smash my kneecaps with their trolley.

Paying for business and sitting 10 hours in a jumpseat. That is how the airlines like it.

Not the answer you're looking for? Browse other questions tagged faa-regulations flight-attendant seats cabin or ask your own question.

26
Can a passenger request to visit the cockpit during a flight?
13
Can I get a photo with the pilots?
8
What is the Extent of the Emergency Authority of the Pilot-in-Command (FAA)?
3
Can a US airline add an employee passenger as crew?

12
Can a pilot with an ICAO Multi-Crew Pilot License fly an airliner into the U.S.?
3
Do Federal regulations compel airlines to avoid schedule disruptions?
3
Can a US airline add an employee passenger as crew?
43
What are these five indicators at the front of the 737 passenger cabin?
5
Why might the crew switch off air conditioning in the cabin of a passenger jet during descent?
5
Why do airlines require passengers to return to their allocated seats for landing?
2
Has a passenger or cabin crew member ever flown an airliner?
23
Don’t seats that recline flat defeat the purpose of having seatbelts?
1
How many aircraft types can a 135 pilot be assigned to?
4
Is there evidence that inattention to Flight Attendant safety briefings increases risk to all occupants?