Why do farmers register their fields as airports?

(this seems to be primarily a US phenomenon)

So in the vicinity of my parents' place (in a rural area in Indiana), there are several registered airports within several miles' radius. I remember when I was a kid, there were a few farmers in the area who liked to fly ultralights, and I wonder if some of these might be for that. And some of these are listed as having certain aircraft based there. For many of them, however, looking at their fields on Google Maps there is nothing to indicate that it is ever used for anything but growing crops--in some places there is no obstacle-free area even reasonably close to the listed runway dimensions.

Just spoke to the farmer that owns Graham Farms Airport (SN72), a grass strip in a cornfield near the sprawling metropolis of Harris, Kansas. Here it is on the sectional: 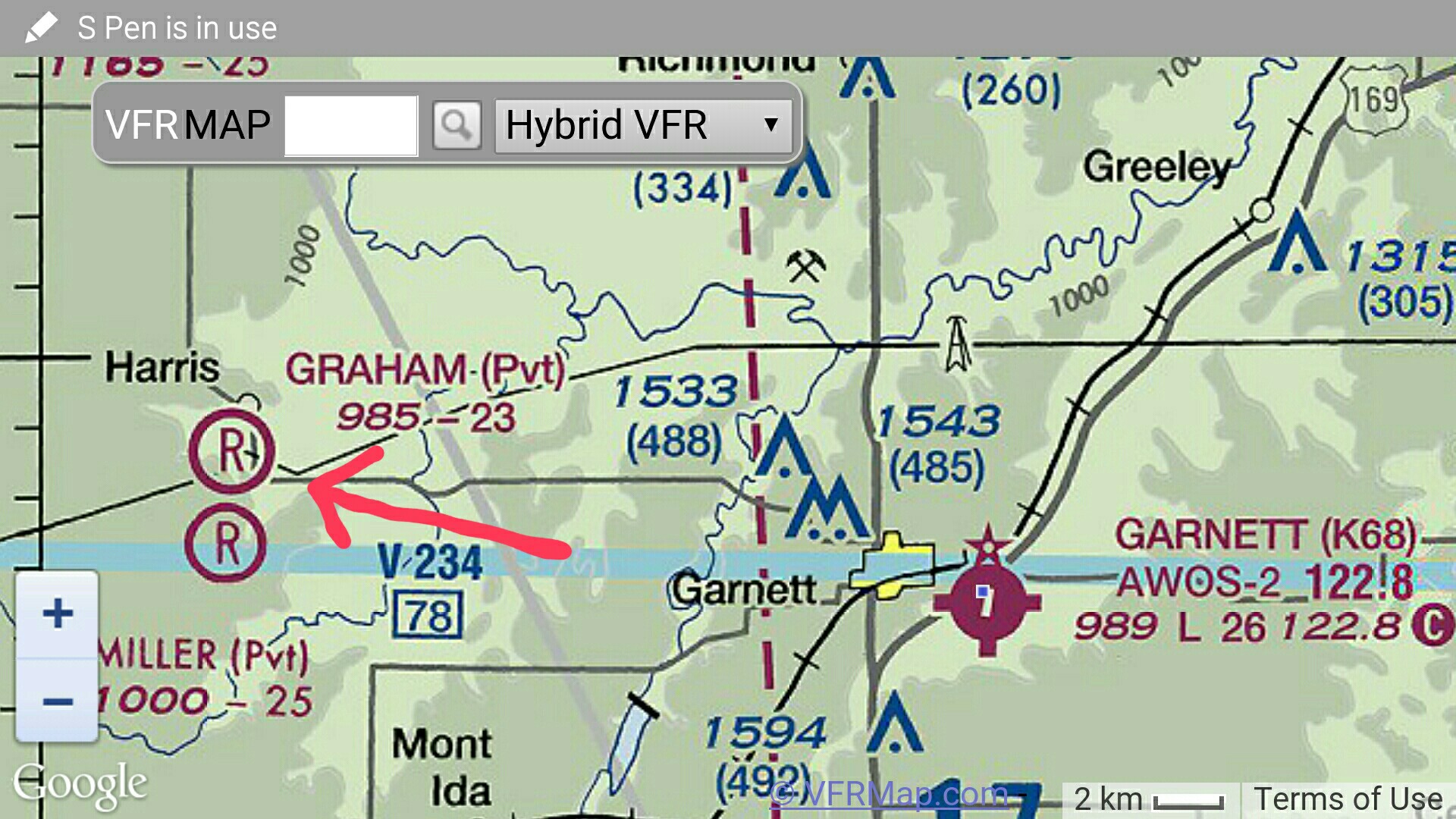 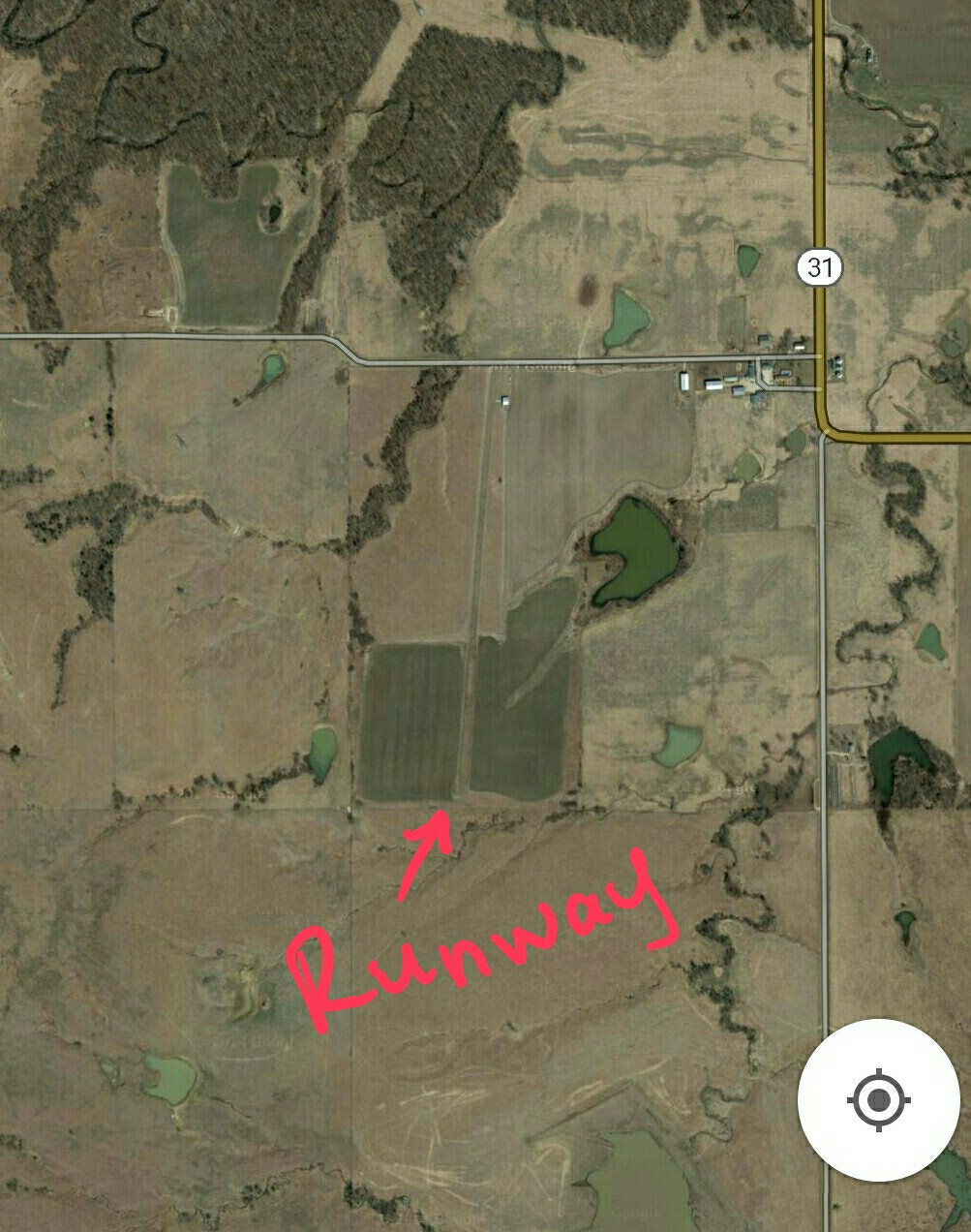 He has a Cessna 182 there. He told me he had it registered as an airport back in the 1970's, like Dave said, in case someone had an engine failure or something, atc could vector them there. He also occasionally allows people from nearby Garnett Municipal Airport (K68) to practice grass strip landings there.

He got an unexpected benefit from having it registered with the FAA several years back when the power company was planning to run a high tension line right across his landing strip. The power company refused to work with him on it so he called the FAA. Since it is officially an airport federal regulations forced them to run their line around it.

Private airfields are not at all uncommon in the U.S., especially the rural parts (which is most of the U.S.) These are probably for crop dusting or because the owner also happens to be a private pilot and wants to keep their plane at home rather than paying the local FBO for hangar or tie-down rental. Of the ones I've seen, though, the markings vary from very simple (old tires painted white placed along the edges) to non-existent. Sometimes smaller ones can be hard to see on Google Maps, but, at least in my experience, you can usually find them if you look hard enough. They're probably easier to spot in places with a lot of trees rather than in places where the land is predominately wide-open farmland.

Here's an example of what it looks like on a Sectional Chart and on Google Maps: 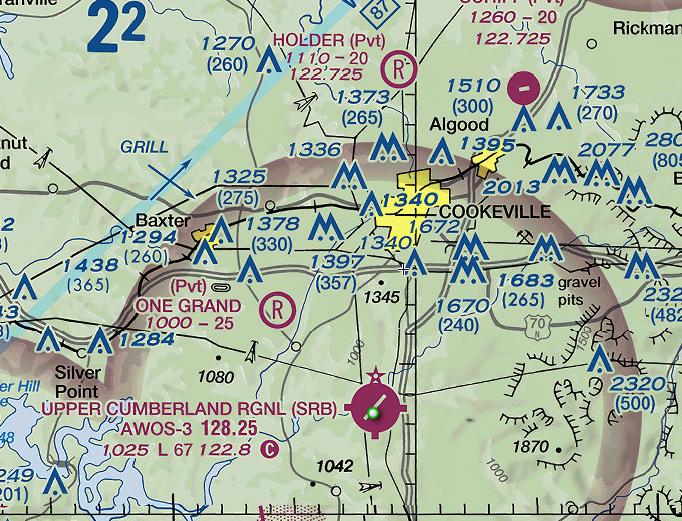 One Grand Field on a Sectional Chart

One Grand Field (yes, it's literally a field) on Google Maps. The long, narrow clearing in the trees is the grass runway.

To give an idea of just how common these things can be, take a look at this sectional chart clip: 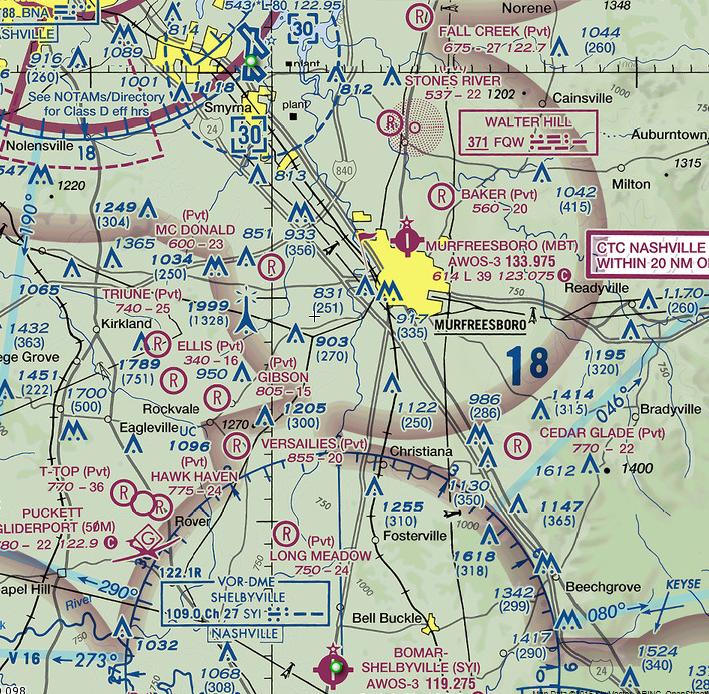 There are no less than 12 private airports here within a roughly 25 nmi x 25 nmi area, despite having two nearby decent-sized public uncontrolled airfields (one of which is home to a large flight training school,) and a class D airport (with a busy-ish Class C visible in the Northwest corner of the clip.)

They may have crop-dusters that they fly in and out of their own fields like this one. If the crops need dusting often and there is no airport nearby it may be cheaper and easier to fly from their own fields rather than spend the gas getting back and forth to a local field.

Here is a great little article that may give you some info. As to why they have them on the chart the article states,

So, if private airports are so private, why do their owners choose to have them depicted on sectional charts? Again, the reasons vary, but most owners seem to be motivated by altruism. Pilots want other pilots to have options when they fly, especially in the event of an emergency.

I have considered registering my grass strip, as it establishes prior use, and should there be zoning changes, it would be grandfathered. Of course there are other ways of documenting that use, in the public record.

The power company story is also a good reason to have established prior use.

With wind turbines going up all over the place, it might provide some level of protection in terms of protection of an approach and departure path.

Addendum: There is a downside for registration and publication on a map, and that is when someone decides to use your strip, and has a problem. A local public use grass strip ran into that, and the owner did not have it properly insured as a public use airport. The financial consequences are not clear yet, but the headache is not one I would invite.

42
If I own land, can I create a private runway on my property for my own use?
14
Can state or local laws regulate where aircraft can take off and land?
4
Is this planned building in a runway approach legal?
3
How do I get an FAA okay for a private runway?
6
Are there some minimum criteria for a field to be registered with the FAA as an airstrip?
4
Why are some airfields not on any sectional chart nor listed in the directory?