How can I know where wind is coming from by looking at water?

For ground reference maneuvers, I know there are many ways that I can know wind direction: smoke, circling, weather reports from nearby airport and so on. However, how can I determine the wind direction by looking at water? I've tried to look for detailed explanations about it but I have found nothing useful. Can somebody help me to understand this issue? I would appreciate if there is any graphic materials.

Barring that there are a bunch of other clues that should be familiar to any sailor (or seaplane pilot) which you can borrow:

So look for parallel lines of waves. A line perpendicular to the wave-line will be directly-into / directly-away from the wind.

If the waves are very large or moving very slowly, it may be hard to determine which direction they're moving, but at least you'll have an axis for the wind direction.

If the water is calm enough that you cannot figure out wind direction, it generally means there isn't much wind to speak of. It generally only takes a couple knots of wind speed to make discernible waves. 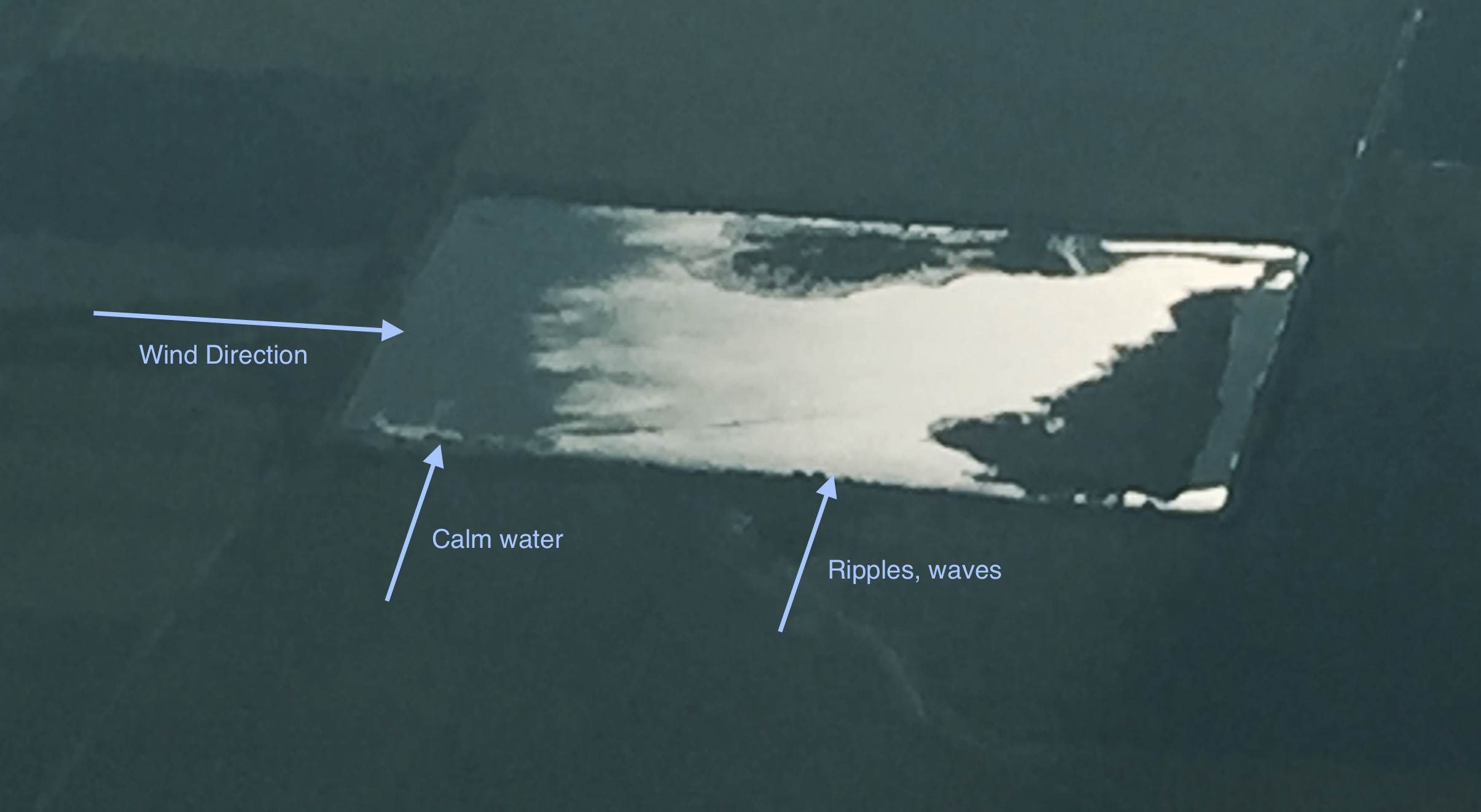 It's hard to get a good photo with an iPhone at 10,000 feet, but this shows a pond with calm water on the left and waves on the right. The wind blows from the left. This photo was taken close to sunset so the difference in surface characteristics of the water is pretty dramatic, but this can be seen in just about any light.