In my city, most of, if not all of the fire-trucks that serve city emergencies are red, just like this one: 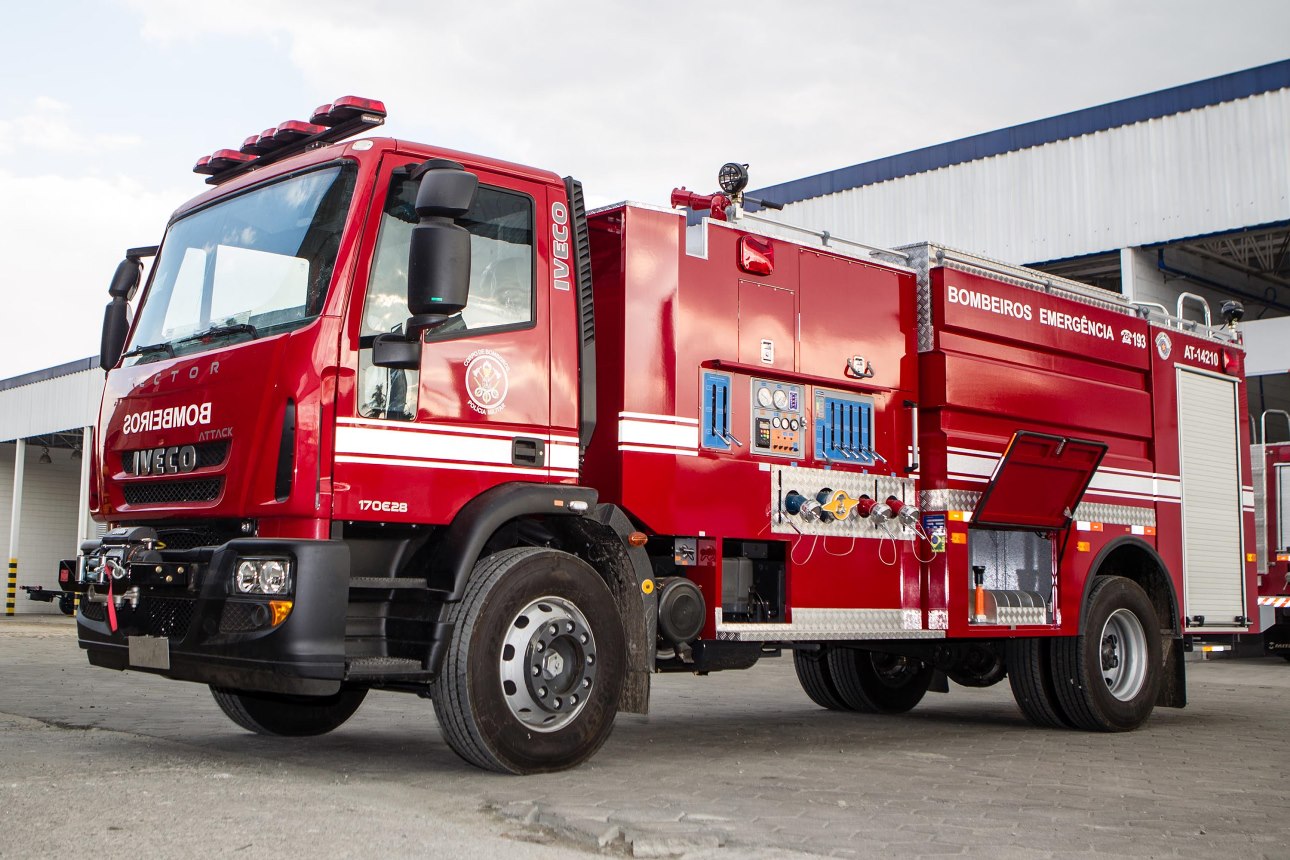 But every time that I see an airport emergency that requires the fire-fighters, I see this kind of truck:

Is there a reason why the airport trucks are yellow-green and not red?

Because yellow/green has been shown to be more visible than red, especially in low light conditions. Yellow/green is also more easily identified by people with colour blindness and other visual disorders.

It's the same reason that safety vests are yellow/green.

This article gives some good references.

PBS's "Firehouse Primer" on the history of red fire engines:

Before firefighting was a paid profession, most communities were served by volunteer fire departments. These firemen didn't have much money to spend on upkeep, and at the time red was the least expensive color of paint. Red wasn't the only color used, however. Before it merged with the force in Manhattan, the Brooklyn Fire Department painted its apparatus a two-tone green to distinguish them from the red apparatus of the Metropolitan Fire Department. Today, there are still different colored fire engines, but red is the most common color out of tradition.

I don't know whether this is true or just an anecdote, but it's a nice story nevertheless.

While in the US, where fire fighting is a local issue, you will see yellow fire engines with some fire dept's (mostly in rural areas, I guess it's because you have long unlighted stretches of street there), in your native Brazil, the central government has decided to use red for all engines. This is the same in my native Germany, where the color mandated by law for fire trucks used on public streets has changed slightly over the years, from a dark red over a orangeish red to a retroreflecting orange-red. The Swiss, where fire fighting is a local issue as well, have mostly switched to yellow fire engines for visibility reasons. So I guess that you have only been to red-engine territory until now.

For airports, it's a different issue: Unless ordered otherwise, Oshkosh's (the US market leader) airport fire engine lineup is painted green/yellow. Rosenbauer (big player in Europe) on the other hand has a red lineup. While you can order other colors, most customers stick to the default. So my best guess is that you haven't attended any plane evacuations in Europe until now.

It's because it is the color specified by the Federal Aviation Administration and the only color of firefighting vehicle they will participate in funding.

APPLICATION. The Federal Aviation Administration (FAA) recommends the guidelines and standards in this Advisory Circular for vehicles operating in the airport AOA. In general, use of this AC is not mandatory. However, use of this AC is mandatory for vehicles funded with federal grant monies through the Airport Improvement Program (AIP) and/or with revenue from the Passenger Facility Charges (PFC) Program. See Grant Assurance No. 34, “Policies, Standards, and Specifications,” and PFC Assurance No. 9, “Standard and Specifications.” [emphasis in original]

Humans evolved in sunlight, which produces mostly yellow-green light frequencies. Therefore, we are most sensitive to the yellowish green part of the visible light spectrum. This is why safety vests are yellow-green. Airport firetrucks and new firetrucks are slowly starting to be painted yellow-green instead of the traditional red. There has been research which shows that firetrucks of this color are less accident prone than red ones. Hope this was helpful (:

Not the answer you're looking for? Browse other questions tagged emergency airport or ask your own question.

16
Under what conditions are passengers required to take precautionary measures during refueling?
24
Why burn fuel at departure airport instead of flying to destination before emergency landing due to deflated tire?
10
What are these devices on or adjacent to an airport taxi-way?
8
On average, how often (in flight hours) will a pilot face an emergency situation?
9
What happens to en route flights when a major earthquake etc. destroys facilities?
7
Why are emergency water landings the majority of the pre-flight safety briefing if they're so rare?
34
Why isn't airport relocation done gradually?
32
Why are there many pilots who don't say "mayday, mayday, mayday" to declare an emergency?
1
Why does London have so many airports?
2
Why do most U.S. cities with multiple airports try to concentrate airline operations at just one airport instead of spreading out the load?