How do pilots and controllers deal with TFR's that lie directly on an approach?

FDC Notam 4/3621 creates a generic "template" TFR which sits on top of sporting events. This one in Phonenix appears to sit right on one of the business ends of Phoenix Sky Harbor (PHX) The Notam states that event operations are permitted with the appropriate waiver. How do regularly scheduled airlines deal with such TFR's? Are waivers obtained for scheduled inbound flights? There does not seem to be verbage in the notam granting any exceptions for air carriers. 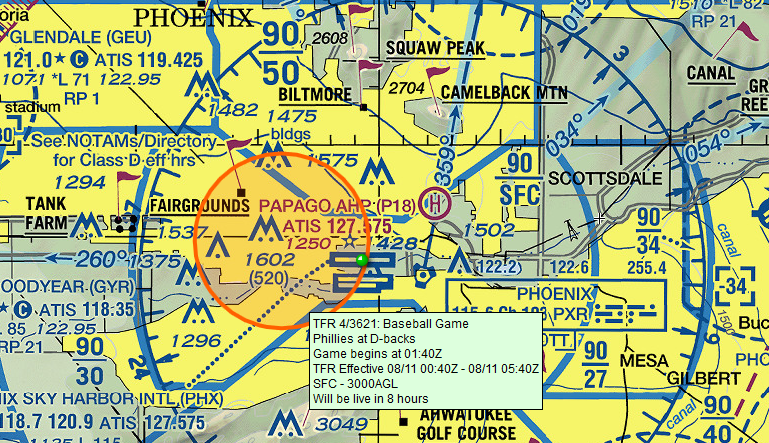 The NOTAM itself answers your question:

THE RESTRICTIONS DESCRIBED ABOVE DO NOT APPLY TO THOSE AIRCRAFT AUTHORIZED BY AND IN CONTACT WITH ATC FOR OPERATIONAL OR SAFETY OF FLIGHT PURPOSES, DEPARTMENT OF DEFENSE, LAW ENFORCEMENT, AND AIR AMBULANCE FLIGHT OPERATIONS.

As long as the pilot is in contact with Air Traffic Control and has been cleared through the TFR, they can safely fly though the airspace.

There is exemption language in FDC 4/3621 (note the underlined section in the screen grab below): 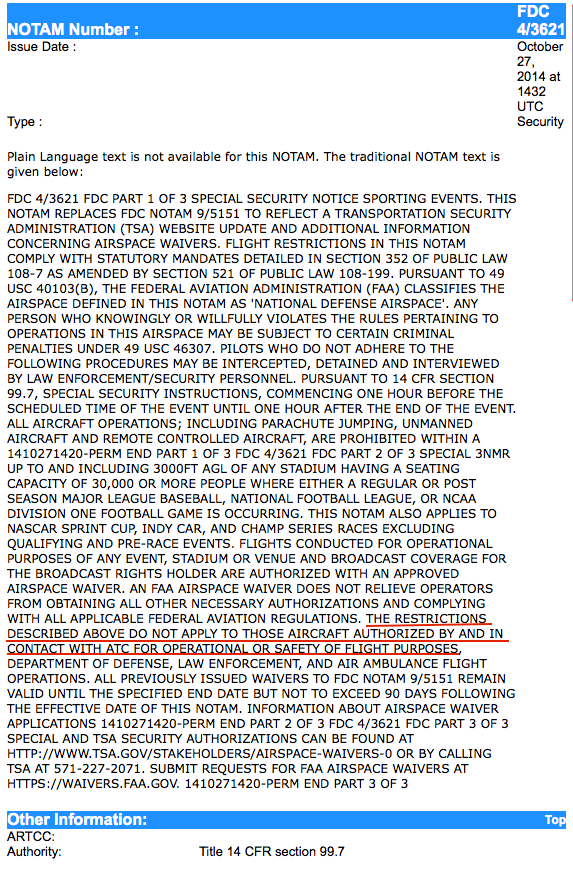 Conducting an approach (instrument or visual) to an airport is an "operational purpose", and as KPHX is in Class B airspace with an operating control tower any aircraft landing there will, by necessity, be in contact with ATC (or in violation of a bunch of other regulations).

If ATC tells you to fly through the stadium TFR for your approach and landing you then meet the requirements of that exemption ("authorized by and in contact with ATC", for the operational purpose of landing at Sky Harbor)

Note that this was not always the case. The earliest versions of the "sporting events TFR" did not include exemptions for aircraft in contact with ATC (that appeared in 2009, presumably because the FAA realized that requiring every airline flying into Phoenix to get a waiver for baseball season was an administrative nightmare for all concerned).

The City of Seattle has the major Baseball and Football stadiums directly in the approach path for Boeing Field. 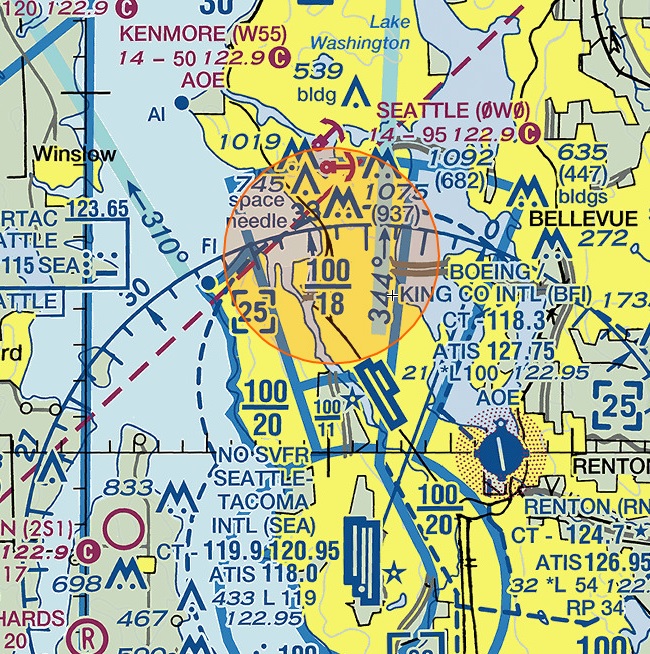 The TFR covers both KBFI's Class D and KSEA's Class B airspace.

The text of the NOTAM specifically says that when talking to controllers, you can go through it. That is not only for the purpose of approach the airports. You can also request a transition, and so long as you're talking to ATC and following their directions, you can go right through the TFR.

I believe I've even observed sight-seeing flights circling the stadium, rather than transitioning the space. Presumably they were talking to ATC and got permission. The point is, depending on the text of a TFR, the restriction may not be inviolable.

Some TFRs, such as a Presidential TFR during arrival and departure procedures will be rock-solid.

Not the answer you're looking for? Browse other questions tagged airline-operations tfr or ask your own question.

36
How does an airliner deal with cabin altitude at an airport above 8000 ft?
3
How much would it cost to fit and maintain every passenger life jacket with personal beacon?
2
Altimeter disagreement. What's the crew procedure to deal with that?
9
How do airline pilots relieve the physical stress and discomfort of sitting for long periods of time?
13
What is an airliner's “green dot speed”, and how does it vary with weight, and why?