Are crossing restrictions on an ILS/LOC approach mandatory when flying on the glideslope?

Some "ILS or LOC" approaches have crossing restrictions that are shown before and/or after the final approach fix/glideslope intercept.

Are these restrictions for the LOC only approach, or do they also apply when tracking the glideslope?

As an example, KSFO ILS 28L and KSFO ILS 19L (see below) both have crossing restrictions before and after glideslope intercept.

For the fixes after intercept though, notice that NEPIC does not have a '*' next to the crossing restriction (which means "LOC only") while ROGGE does: 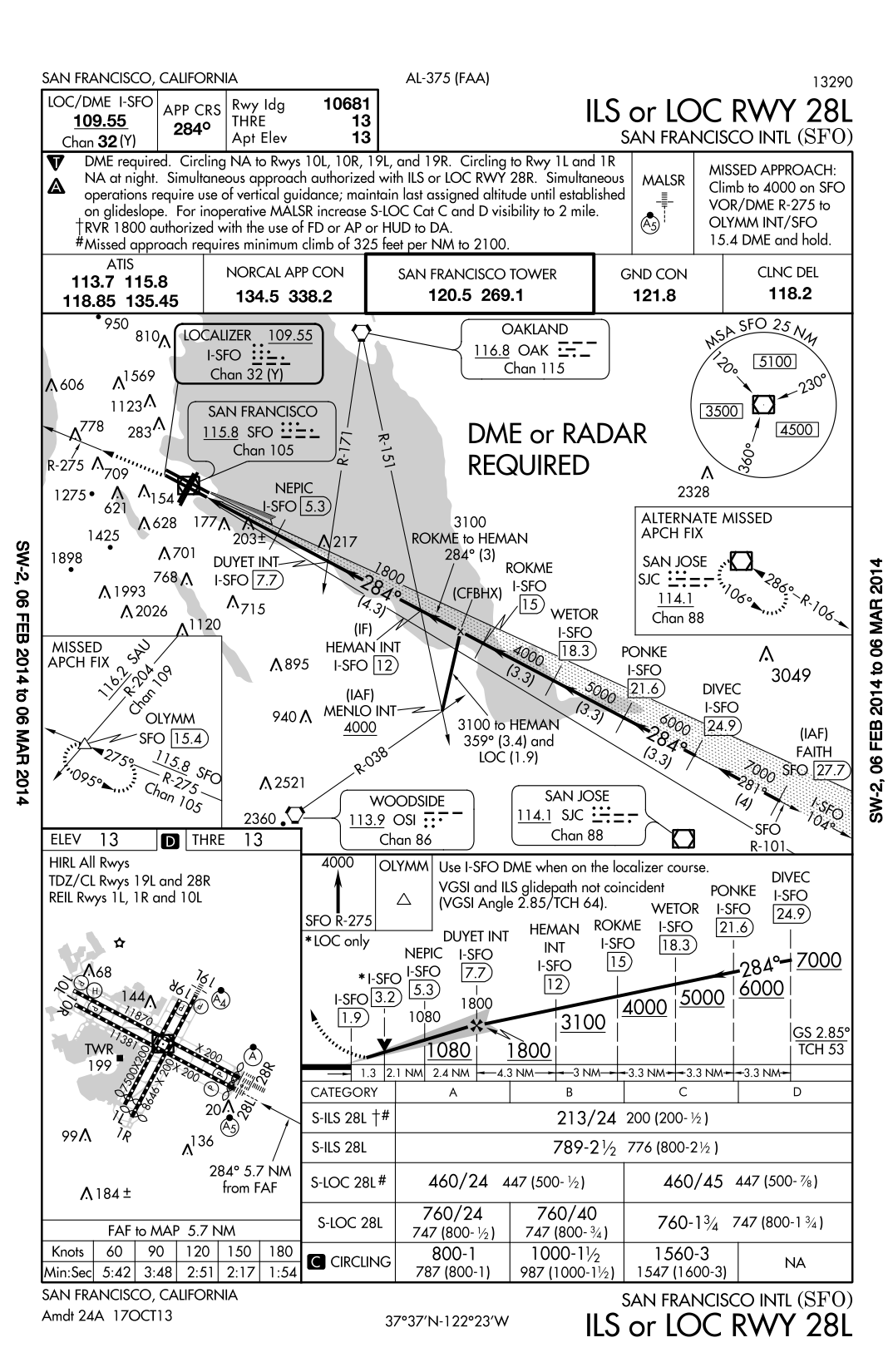 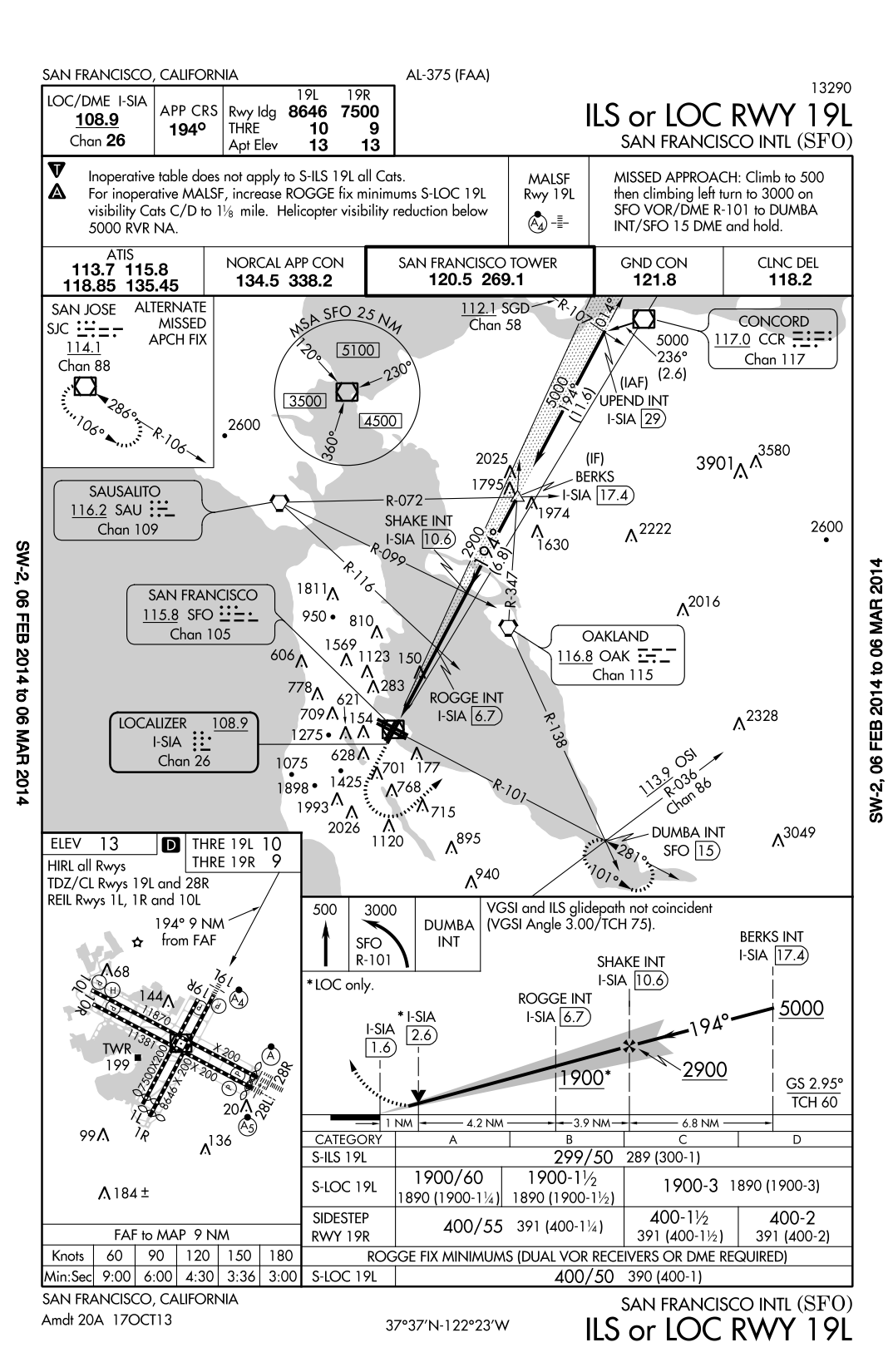 There are two situations to consider:

The first case is clear-cut. There is a risk of going outside altitude restrictions if you intercept the glideslope before the published glide slope intercept point, except if noted otherwise. An FAA Information for Operators article states that:

when cleared for an ILS approach, do not descend below published step-down altitudes on an ILS final approach course, while outside the Final Approach Segment.

The main issue now is whether altitude restrictions are enforceable if you are on the glideslope, inside the Final Approach Segment and it does not state that it only applies to LOC approaches.

To me, this implies that after the published glide slope interception altitude, that it is ensured that these altitudes will be met.

There has also been discussion on another forum about this, though the discussion doesn't provide an authoritative answer to this question.

It seems weird that there is a discrepancy with some approaches having the * past the PFAF, and a few that don't -- I'll take a further look to see if this is just an oversight or actually has specific meaning.

Closest regulatory thing I could find :

1.7.5 Any constant descent angle shall clear all stepdown fix minimum crossing altitudes within any segment.

5.2.5.1 A stepdown fix may be incorporated in some non-precision approach procedures

5.5.5.2 The protection area assumes that the pilot does not normally deviate from the centre line more than half-scale deflection [...] more than half course fly-up [...] could place the aircraft in [...] airspace where loss of protection from obstacles can occur.

The writing leads me to believe that a precision approach should not contain stepdown fixes, and that the descent should be a continuous descent from FAP to MAP.

Then again, I could find nothing specific to prevent anyone from inserting an altitude restriction in a precision approach.

I cannot imagine what would be the point of coming down on a constant GS only to level off at 1000' then try to re-capture the GS just two miles from thouchdown. Talk about a stable approach...

At the very beginning of my answer, I would like to remind that everyone should be familiar with the type of charts he is using. A thorough description (PDF) of all charts published by the FAA is available on this FAA website. Refer to page 77 of the PDF document to find the altitudes your question is dealing with. On every flight, you make decisions based on the information you read from those charts.

Basically, once you are cleared for an ILS approach and have intercepted the glidepath in accordance with your clearance, your task is to track the localizer and glideslope, allowing not more than a half-scale deflection, until reaching your DA (or DH on CAT II and III approaches). The exact altitude reading at which the glideslope passes over a specific point is as variable as air density is. This might cause you to be more than 20 feet below the minimum altitudes, but it doesn't matter as all of them past the FAP are for non-precision approaches only.

I don't know how it's handled in the US, also the FAA is using the term FAF - Final Approach Fix - talking about ILS approaches. Technically this is wrong, because the point where you hit the glidepath at a certain altitude is variable - remember the air density. That's why we should talk about a FAP - Final Approach Point.

Anyway, those altitudes should be used when shooting an ILS approach in order to make sure that you didn't fly a side lobe of the glideslope - even if the chances to find one are very remote. On Jeppesen charts you find this 'check altitudes' above the depicted glidepath often at the outer marker (if available) preceeded by the letters GS. On FAA charts these are referred to as recommended altitudes. Find them for example on the chart for the ILS runway 28L approach attached to the question. They are also printed above the glideslope but not underlined, as they are recommended but not mandatory / minimums.

On an ILS approach where you are tracking the localizer, but not the glideslope, because you are too far out and below it, or do not receive it. For example at HEMAN 3100' are important if ATC already cleared you for the approach and you like to descend below the last cleared (maintain xxx feet until established on...) altitude. The latest point where you have to intercept the glide slope is the FAP (FAF according to FAA) but if it is not disagreeing with your clearance you can of course get on glideslope earlier. In this case, prior to the FAP, this minimum altitude is then still mandatory for you (to be at or above) because of reduced glideslope precision at higher distances (it's a cone not a string), but I've never seen someone getting below those minima flying the glide path. In most cases the glideslope will take you quite above these altitudes and you have a continuous and more economic descent into your runway, rather than doing a stepped descent allways being at the minima.

For those who like to take a closer look at Jeppesen's charts, visit their website to find the chart legend (PDF) - take a look at page 55 of this document.

The asterisk informs the pilot that this only applies to the Non-Precision LOC approach. The bolded V is indicating this is a Visual Decision Point (VPD). See Aeronatical Charts Users Guide.

On some IAPs the decent rate required to reach the minimum decent altitude (MDA) by the missed approach point (MAP) at a distance from the threshold that will allow landing in the touchdown zone will be informed by a VDP. See Descent Rates and Glide Paths for Non-Precision Approachs in the Instrument Procedures Handbook in Chapter 4 (4-37 in 2012) for a discussion of the corresponding math.

In short when on the 19L ILS/LOC between SHAKE and ROGGE you either be above 1900 or on glideslope for obstacle clearance. Interestingly if you look at the VFR Sectional and plot that approach you'll see that this portion is over the water but in the departure for 30 28l and 28R for OAK.

Often we can follow a glideslope before reaching the published intercept point and it will not bust any published crossing altitudes, but this is not always the case. The ILS 24 approaches into LAX are an example (or at least used to be.. I've not flown them for a couple of years now). One could intercept the localizer 30 miles out and get a good stable GS signal but if you followed the GS it would clip the minimum crossing altitudes by a couple of hundred feet. We had enough pilots doing this that ATC asked us to pass the word to all pilots at the airline to pay attention to the minimum crossing altitudes.

Unfortunately this is not all clearly laid out anywhere I have found, (AIM, TERPS, FOM, etc) - the above comments are based on experience...

6
If cleared for an ILS approach at the Initial Approach Fix, where should I intercept the glideslope?
3
Does ATC provide ILS frequency and course setting for the runway in use?

13
When flying a circling approach, is it permitted to begin the visual circling segment prior to the final approach fix?
13
Is it legal to fly the localizer approach when cleared for the ILS?
5
How can one fly a stabilized approach when the final approach path is curved?
5
Why are the minima for Cat A higher than for other categories at KSEA ILS 16L?
8
Is a "GPS required" ILS (or other navaid-based) approach considered a "GPS approach" for alternate planning's sake when TSO-C129/196 gear is in use?
2
Does a subsequent crossing restriction supersede earlier crossing restrictions?
3
Why is the LOC RWY 26 approach at Innsbruck classified as LOC instead of ILS or IGS?
6
If cleared for an ILS approach at the Initial Approach Fix, where should I intercept the glideslope?
2
For KPDX LOC 21 approach, how is the procedure turn performed when entering from the east?