Where to do the Run-up and Safety on the Return Flight?

At my home airport, we do the run-up on the ramp, but I guess each airport has its own preference.

What is the "standard" run-up location? If I recall from my training early on, you can do it at the runway if you angle yourself against the departure end. If this is correct, how do I know that I've angled myself in a way not to blow any debris into an aircraft behind me. And if I do the run-up at the end of the runway, don't I risk obstructing an aircraft that wants to takeoff behind me but has to wait for me to do the runup?

The simplest thing is to ask someone local where runups are usually done: the FBO, Ground Control or another pilot. If you can't find out then you can do them anywhere you like as long as it's safe.

If there are no runup areas, the 'default' location is the one you remember from training: on the taxiway just before reaching the runway, angled into the wind. If the taxiway is wide enough, you can move to the edge so that other aircraft can pass you if they're ready before you. That's very common and it's what many pilots will expect you to do, even if you have to block the taxiway for a couple of minutes. This is where you have to use some judgement: if you know that you need to take your time on runups - perhaps it's an unfamiliar aircraft, or you've just had maintenance done and you're double-checking everything - then you might look for another spot where you won't be in the way.

Blocking other aircraft from reaching the runway is always a possibility, but at airports with a lot of GA traffic - and especially a lot of flight training - it's common and just something to be expected. That doesn't mean you should take forever doing your checks and of course some other pilots will always get annoyed at even minor delays, but if the only safe place to do runups is the taxiway then just do them there and the others will wait.

Another option is to do runups on the ramp or before entering the movement area so that you don't block other aircraft anywhere. That's especially important at airports with scheduled commercial flights because they usually have very precise departure times and getting stuck behind another aircraft for even a few minutes could be an issue. If you're in that environment, then you should definitely check with Ground Control what they want you to do. But be careful about doing runups on the ramp because of people and vehicles moving around. Also be wary about doing runups a long way from the runway: during a long taxi you might change something (e.g. the mixture or fuel controls) and then forget to reset it for takeoff.

The one place you should never do runups is on the runway itself. Sitting there for several minutes blocking the runway for landing traffic and unable to see final approach behind you isn't a good position to put yourself in.

Finally, avoiding blowing debris into other aircraft should be simple: just look around you, and don't position the aircraft so that your prop blast is going somewhere it shouldn't.

The shortest, simplest (but probably least helpful) answer is that it depends on the airport.

At DFW there's a fairly large holding area on each side of the 17L-35R GA runway, with space to turn before reaching the hold short line. Departing aircraft can do a quick runup at the line while waiting for clearance to enter, provided the following aircraft has some idea of what's about to happen and isn't tailgating. If the pilot misses this opportunity because a following aircraft got too close, he can still do a full runup on the numbers prior to releasing wheel brakes. 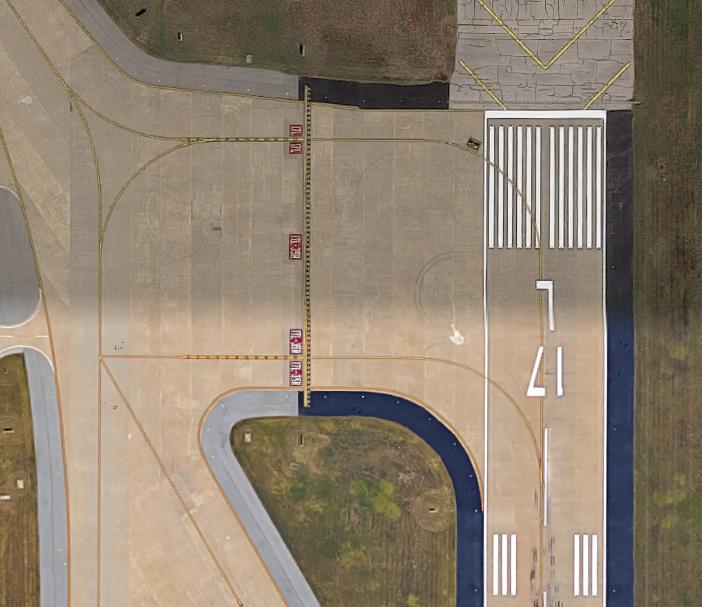 At the smaller Addison Airport, there's only one main taxiway that's fairly narrow and close in, so they built a special "cul-de-sac" specifically for runup tests. 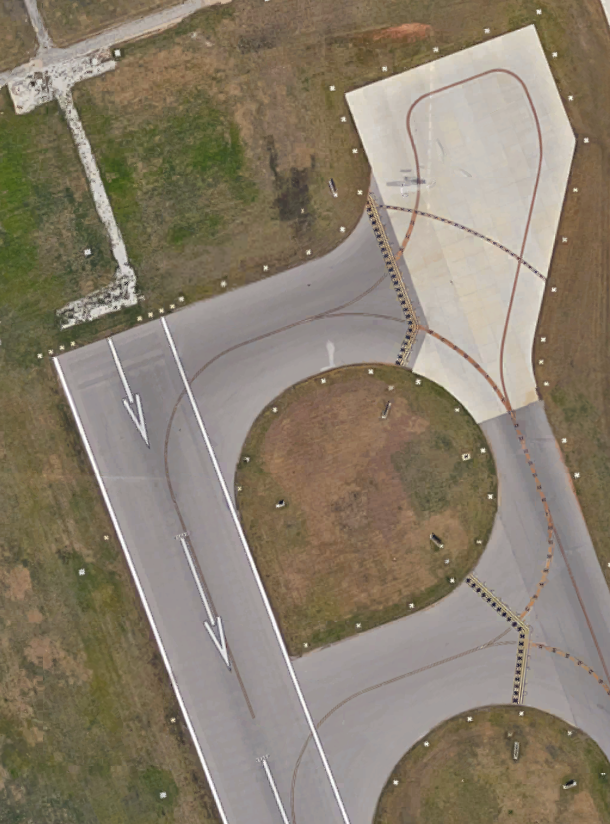 The usual procedure is to taxi to face south to do your runup just shy of the stop line, pretty much where the plane in this image is. They might have originally intended small planes to face west, but that's dangerous for jets to try as there's road traffic fairly close in just the other side of a fence, so now they just say face south whether you're in an LSA or a 737. Other aircraft are supposed to hold short of the stop line to the right, but if you have several small craft in sequence it's fairly safe to have a second or even a third aircraft in here. If someone gets too close behind you in here - lots of student pilots fly out of here so you have to be ready for anything - you can do your runup on the displaced threshold. Of course you can only enter this area with takeoff clearance (or at least a taxi and hold), so if you find a problem here it's slightly more inconvenient, but you can still quickly duck out of the sequence using the runway exit in the picture.

Not the answer you're looking for? Browse other questions tagged airport preflight or ask your own question.

2
Where is the best place to perform a run-up at a busy airport?

4
What happens if I don't remove the “remove before flight” pad before flight?
22
Where is the taxiway between the Boeing factory and Paine Field airport?
11
What is the requirement of a higher glidepath/approach angle and is this a flight safety issue?
3
Before a flight, what are the most important things to check in an aircraft (walkaround)?
7
What operations during preflight and pre-takeoff engine run-up cause a change in engine rpm?
28
Do pilots of airliners and jumbos do a walk around preflight check for every flight?
1
Difference between general visual inspection and pre-flight check inspection