Why do some commercial flights start off unpressurized?

In this video, the B738 starts takes off without the plane's pressurization system engaged. The video specifically notes that the craft is being pressurized fairly soon after the takeoff has happened.

Is this because of the icing conditions they had on the ground? Or is there another reason why it would take off unpressurized?

Screen capture for the extremely busy: 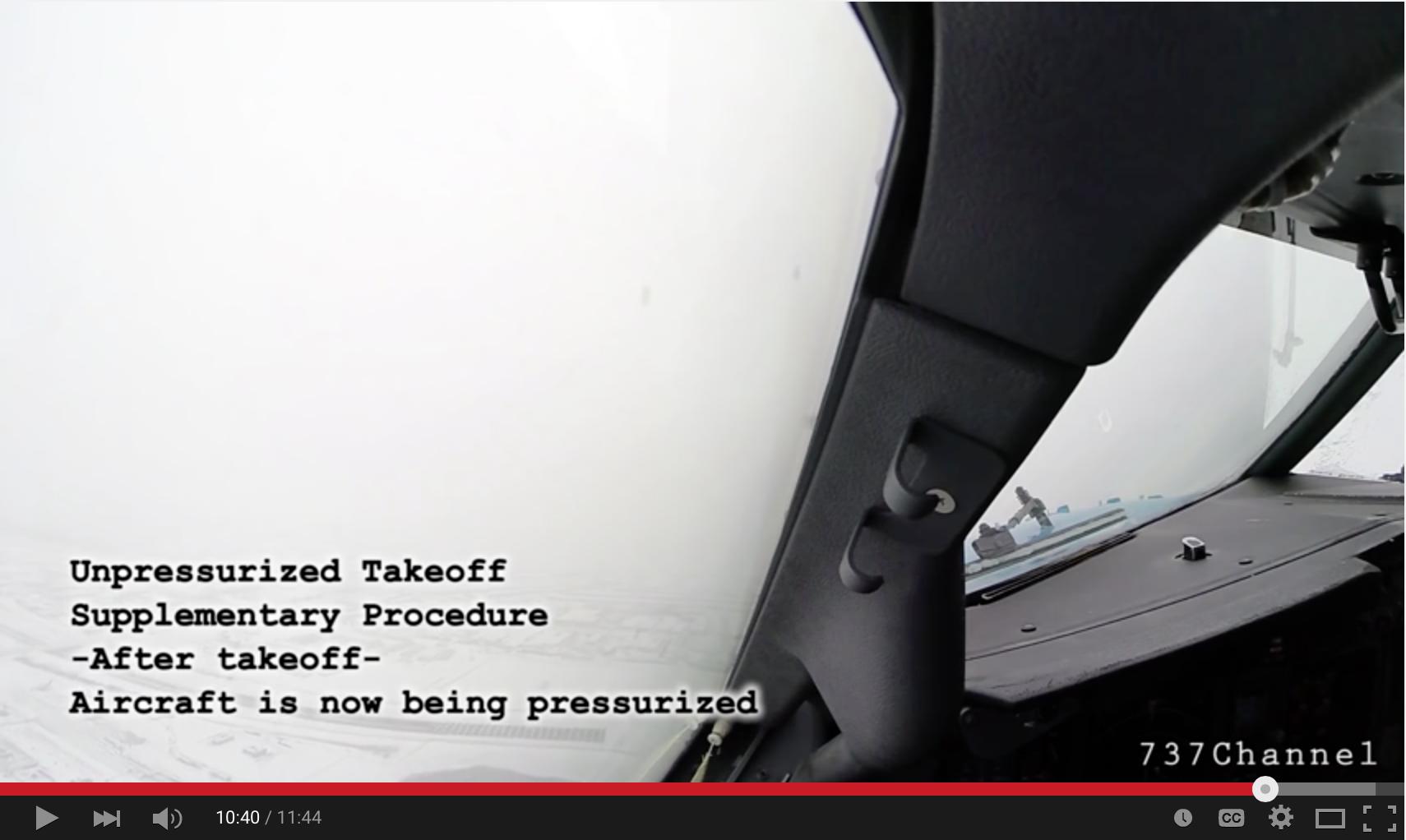 The 737 like most modern airliners (notable exception, the 787) is pressurized by bleed air, from either the engines or the APU. Drawing bleed air from the engines reduces the thrust available for takeoff.

From most common to least common, takeoff configurations are:

In the case that the APU is inoperative but taking off with the engine bleeds off is still required, you get:

This is uncommon, but still considered a normal procedure (not an abnormal one out of the QRH).

Link to Pneumatic System description for the 737

Link to PDF discussing pneumatics & pressurization on the 737

Not the answer you're looking for? Browse other questions tagged takeoff cabin-pressure icing or ask your own question.

30
Why is cabin pressure increased above ambient pressure on the ground?

13
Why do only some aircraft require tail anti-icing?
7
Why was this Twin-Otter Take-Off unsuccessful?
17
Why is an unpressurized takeoff performed?
6
In an unpressurized cabin, why is the cockpit ambient pressure lower than the outside pressure?
2
Is there a formula to calculate take off runway distance for commercial planes?
6
What does the indication "ATC" in some Take-Off Minimums mean?
31
Why don't B747s start takeoffs with full throttle?
3
Why would short-haul flights be pressurised at a higher cabin pressure?