Do I Set the Parking Brake On the Ramp?

Next week I am flying to an airport and going to have dinner. But I've never stepped out of my aircraft except at my home airport!

When I park on their ramp, do I keep the parking brake on?

airport general-aviation ground-operations
Share
Improve this question
edited May 6 '20 at 13:02

I assume you're talking about a light GA airplane (Cessna/Piper singles or twins).

The short answer is "Maybe, but you probably shouldn't.": The parking brake should only be used for as long as necessary to get wheel chocks in, and should then be released.

Aside from making it inconvenient for the local ramp personnel if they need to move/tow your plane, setting the parking brake has a few other downsides which are related to the way the parking brakes work on your typical light aircraft.

When you set the parking brake you're doing two things:

Because of how the parking brake works it has two common failure modes when it's set: Pressure can bleed out or it can blow out.

Bleeding Out happens because fittings, seals, hoses, etc. in the brake system aren't perfect. Hydraulic fluid will escape past whatever little opening it can find, and eventually there will be insufficient pressure in the system to keep the aircraft from moving.
If you happened to be parked on an incline steep enough to get the plane rolling it will then go off on its own down the hill just as if you hadn't set the brake (and you will be very confused when you get back to where you left it).

Blowing Out typically happens on hot summer days when there aren't many little openings for pressure to leak out through: 5606 Hydraulic Oil (the stuff in the brake lines) expands as it gets warm, and with the parking brake set it doesn't have anywhere to go (it can't get back to the main brake reservoir). If you land at 11:00 (local time), set the parking brake, and go have a nice leisurely lunch there is a good chance that when you return to the plane at 13:00 or 14:00 you will find that the hydraulic fluid in your brake system has blown out of whatever the weakest point in the system is (often the seals on the toe brake cylinders, sometimes around the calipers, occasionally a hose fitting fails).
This means you're going to have a mess of hydraulic fluid to clean up at best, and at worst if you're on a hill you're in the same situation as above (the plane has gone rolling away), only now there's hydraulic fluid all over as well (sometimes in a little red trail to wherever the plane has wound up).

So bottom line: Try to avoid leaving the parking brake set for extended periods of time, especially if there might be a temperature increase while it's set.
Instead bring your chocks with you (if you own your own plane, or even if you're a renter, pick up a set of "travel chocks" - they're right at or just under 1 pound, you won't even notice them) and chock your wheels when you leave the plane. Ramp personnel will be able to spot the chock easily, and they're unlikely to fail.

Ideally you would also tie the aircraft down if possible, but some ramps don't have tiedowns (and others are bring-your-own-rope). 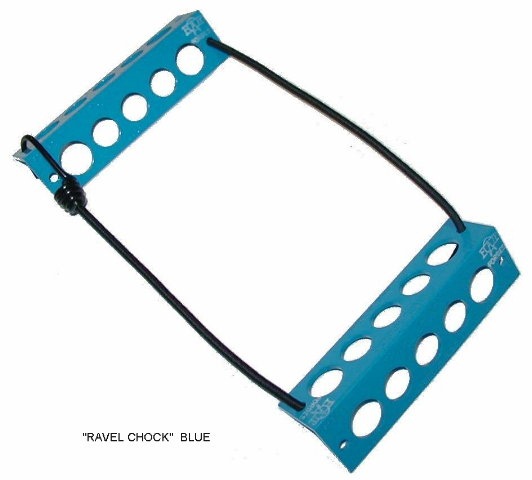 The only (?) downside to setting the parking brake on is that no one can move the aircraft around if they have to (unless you leave it unlocked too). So if you're leaving it somewhere where other people may need to move it without you, you should leave it off.

Lots of FBOs will move your aircraft without you for good reasons: to make room for other aircraft, to fuel it, to put it in a hangar, protect it from bad weather, move it out of strong wind and so on. You can just check with the FBO staff what they prefer, assuming there is an FBO there, of course.

If there's no FBO then the best option is probably to tie down the aircraft in case the wind picks up, with the parking brake on. If there are no tie downs then you really have to leave the brake on because otherwise there's nothing at all stopping the aircraft from moving. And if you regularly fly places with no FBOs and no tie downs then you should probably consider bringing your own.

Not the answer you're looking for? Browse other questions tagged airport general-aviation ground-operations or ask your own question.

8
Why are parking brakes not used for parking jetliners?

13
Cessna 172/182: Should I set the tank selector to the R.H. tank after parking the airplane?
10
How can I find traffic patterns that pass over my house?
6
Where to do the Run-up and Safety on the Return Flight?
6
Where is Ronda's airstrip, or why does Ronda have an airport code (RRA) if it has none?
42
Why do some airports park the aircraft backwards at the gate?
47
Why do airliners have to park so accurately?
5
Any FAA or other regulations prohibiting taxiing between parked aircraft?
16
How to secure an aircraft at a transient parking space?
8
How do FBOs Work?