What are the hurdles to overcome before purely electric commercial aircraft can fly?

What are currently the largest issues with purely electric commercial aircraft (large scale ones like the size of a Boeing 737)?

Are there any organizations right now that are trying to solve those issues?

The biggest problem with an all-electric-powered aircraft is the same as those plaguing all-electric cars; our current battery technology has nothing on the energy density of fossil fuels: 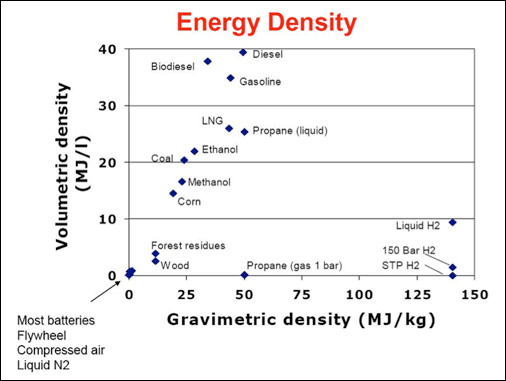 There's just no contest in being able to pack the energy needed to push a plane through the air into a volume and weight compatible with an airliner. Jet fuel is kerosene, which is pretty much right in between gasoline and diesel, while any battery technology we've developed can't even be accurately plotted on the scale of this graph.

In addition to the energy density issue as mentioned there is a turn around time issue. The fact is that batteries just don't charge up that fast and any system that allows them to do so is often dangerous to be around. So if you are talking about an airliner (lets say we overcame the weight of the battery issues) it takes about 15-30 minutes to fuel up a 747, there is no way you are going to charge any kind of batter that we currently have today to the same energy potential capacity that fast.

First, the term all-electric aircraft is already occupied for an aircraft in which all power sources except the engines are electric. No hydraulics, no pneumatics, but still hydrocarbon fuel to store the energy. 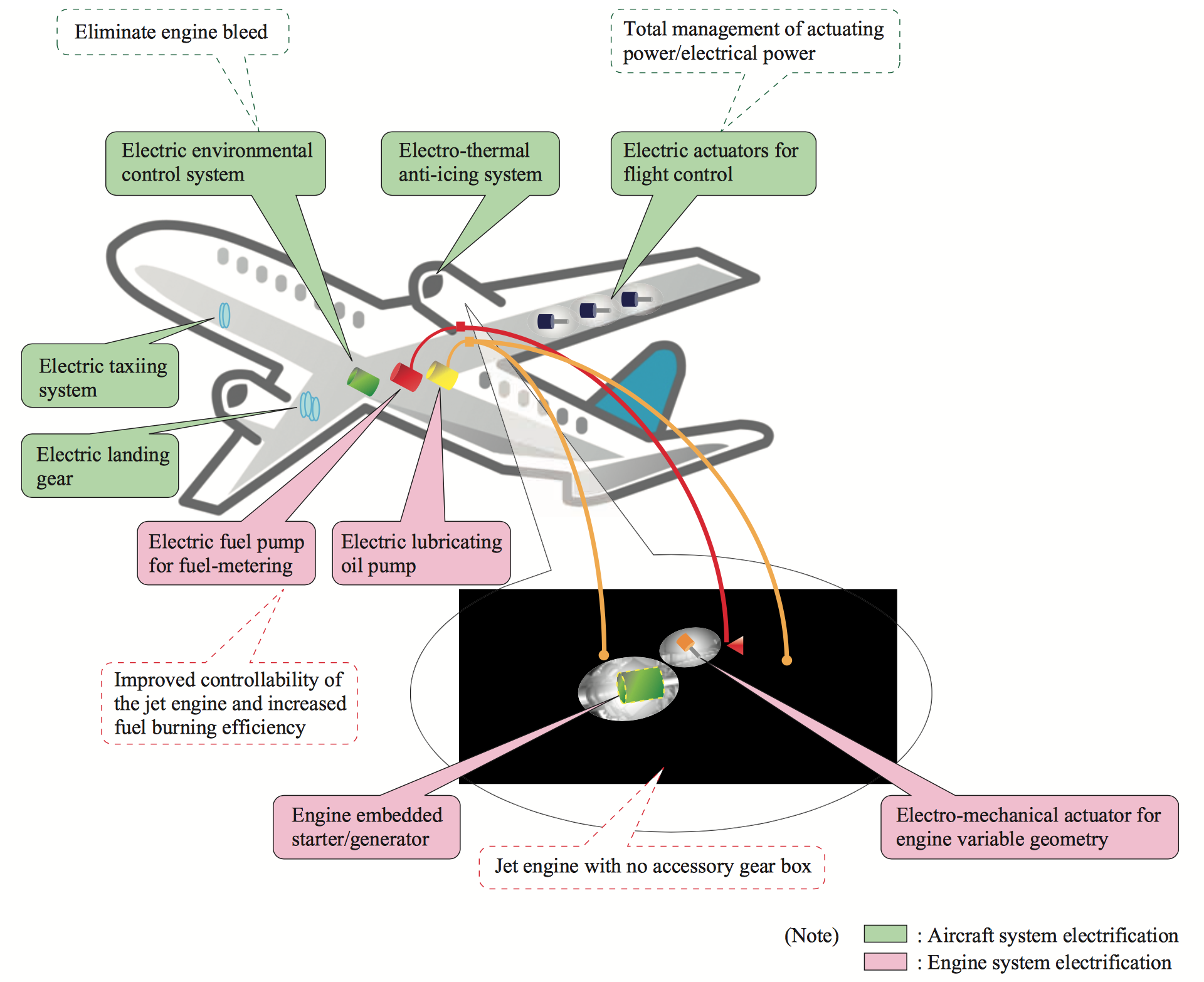 Steps towards the all-electric aircraft, taken from this source.

Countless programs try and tried to electrify aircraft systems, the first from as early as WW II. In most cases, the result is called "more electric" aircraft, because some systems like the landing gears in large aircraft still use hydraulics.

Full electric propulsion is discussed in the answers to this question. The gist of the answers is:

I would say your largest obstacles would be legal issues, and just using electricity itself.

first of all, the most efficient way to make an aircraft fly with purely electricity, would be propellers. Ion engines are not yet efficient enough to become a possible candidate for a propulsion source.

moving back to propellers, a fully-electric commercial airplane would likely incorporate propellers, which would be powered by high-torque electric motors and larger propellers, because that's more cost-effective. Slower, but cheaper.

the electric power source in itself is a major obstacle to overcome, because with today's technology, a cost-effective battery would weigh far too much for a handful of electric motors to lift into the air, even without passengers in the equation.

If we want to go into financial fantasy here, then yes. a fully electric commercial aircraft the size of a 747 is possible. think basic. stuff the plane with ultralight high-capacity batteries, give it large wings and 6 engines, with each engine being 4 tandem Formula E engines linked together, and slap some solar panels all over the place for ranged benefits, and voila! but oh, no! that'll cost you more than 4 AN-225's!

Don't lose hope though, there will come a day where technology will have advanced enough for an electric 747-sized commercial aircraft to be affordable.

but seriously though, there's nothing anyone can really do about how hard it will be to convince the FAA to make large electric commercial aircraft legal.

I see commercially viable electric driven aircraft requiring major changes in several areas. Aircraft design is certainly one. It also requires changes in regulations and flight profiles. I'm convinced you could take a classic prop driven air frame, say a DC-3, and convert to electric. It was designed for relatively long flights but pulling out all of the fuel and power systems, replacing them with lithium batteries and electric driven composite props could yield shorter flights with less payload viably. Your flight profile would need to change. Climb high, glide down to extend your range. It's what the recent round the world solar powered flight did. What we need is a visionary like Musk, to depart from the linear thinking and designs that the major manufactures are stuck in. Technology is fast approaching a point where this could become a reality. We need someone to put multiple technologies together and challenge convention.

Not the answer you're looking for? Browse other questions tagged aircraft-design commercial-aviation electrical-system or ask your own question.